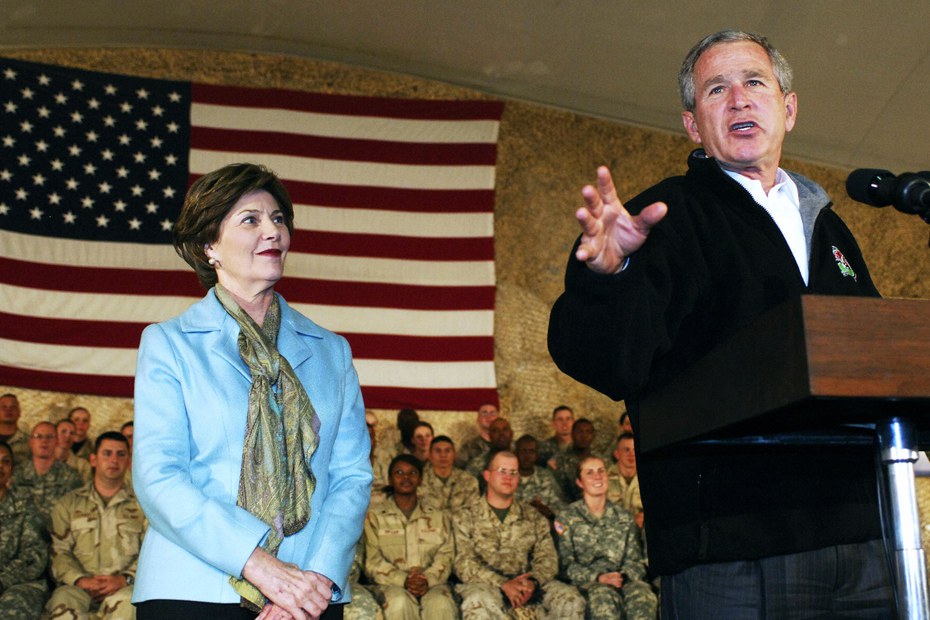 In August 1998, two weeks after a little-known terrorist group called al-Qaida bombed its way public with attacks on American embassies in Kenya and Tanzania, then-US President Bill Clinton hit back with rocket attacks on a drug factory in Sudan. The center of the capital Khartoum was hit by a dozen Tomahawk rockets in the middle of the night. They destroyed the factory, killed a night watchman and injured eleven others. The US claimed the factory – the largest drug maker in a sanctioned country – was secretly producing nerve agents on behalf of al-Qaeda.

However, it was not long before the American authorities admitted that the “evidence … was not as conclusive as initially presented”. In other words, the attack was an act of revenge against any target, unrelated to the crime that was supposed to be retaliated. I was studying at the University of Khartoum at the time and I can remember the chaos on the day after the explosions. Together with other students, I went to see the destroyed factory. As we stood in front of the ruins in a sleepy city that had supposedly become the center of Islamist terror overnight, it suddenly became clear to us what is really behind the logic of the “war on terror”: Our lives were nothing but fodder for fat people Headlines in American newspapers saluting the strength, speed and determination of Western leaders.

We, who have the shorter lever, would never be the protagonists. The political decision-makers and opinion-makers were far away, for whom what we are experiencing only serves to clarify something about themselves. The operation was given the scary but apt name “Infinite Reach”, in English: unlimited range.

The mistake was never officially admitted. There was no apology and no one took responsibility. Individual Clinton administration officials admitted here and there that the information might not be entirely accurate, but no one was punished in any way for making the mistake. The owner of the factory, which was never rebuilt, brought the US case to a US court. He was turned away.

For more than two decades, the war on terror has been shaped by the following pattern: US and UK political leaders make the “difficult and courageous” moral choices, and then someone else has to eat the soup. The chaos in Kabul is just the latest installment in a long-running drama whose protagonists never change. There is no end and responsibility is not taken.

Perhaps that is the reason that public emotions are still as excited as they were 20 years ago and that the disputes are even more angry and desperate today, because we keep taking the same positions – on the one hand, with reference to the moral responsibility that Defending “Western values” and, on the other hand, pointing out the inevitable failures of the intervention. Nothing has been resolved, no lesson learned, the war on terror not subjected to serious scrutiny. Suddenly you’re back to the 2003 level.

Partly because the goal of the war on terror was constantly being adapted and changed: What just ended with Joe Biden’s cold and tough realpolitik began with the far-reaching moral claim to liberate Afghan women and create a democracy to build that includes everyone. Last week, Biden insisted that this was never the mission – but this is certainly new to Laura Bush, who in 2001 became the first US First Lady to give a weekly radio address dedicated to the plight of women in Afghanistan. In truth, the only consistent aspect of all justifications for war – moral or geopolitical – is the tone of command. Whatever was done to it had to be like that, and the reasons can be discussed later.

“The result is irrelevant”

Given this climate of conviction, doubting voices were easily dismissed as hesitant and fearful, sluggish and disloyal. True to the motto: No matter what the consequences – we had our convictions. In the small print it would of course have been read that those who complained about the consequences were in no danger of feeling them. “The result is irrelevant,” said the journalist and politician Daniel Finkelstein in a column in 2011 Timeswhen the intervention of his friend and then British Prime Minister David Cameron in Libya showed the first signs of failure: “We were right to attack.”

With the changed reasons for an intervention, the standards for its justification also changed. And so the war on terror became a topic that was discussed in times of crisis or on the occasion of hectic actions only through its symbols of success or failure. The arguments in parliament and in the newspapers last week were so intense not only because the Kabul fall came so suddenly, but also because the issue was ignored for so long. Governments changed, a strong liberal consensus in the US and UK gave way to right-wing populist challenges. Both countries were preoccupied with their own volatile politics, looking more inward and losing interest in international projections. The reality of the war was hibernating for those agencies that were important to ending it, namely political and media circles. When she was brought back to the light of day, the wounds were as open as ever.

The ideological and personal petrification of these very influential circles has ensured that there is hardly any serious reflection on the numerous failures in Afghanistan. So many of the seedy salespeople who peddled the flawed war decades ago are still around trying to sell us parts to keep it going. Just a month after the invasion of Afghanistan in 2001, the influential one appealed New York Times– Foreign policy columnist Thomas Friedman to his compatriots in the United States, “To give the war a chance”. Twenty years later, he laments that “America tried to defend itself against the terrorism that has emanated from Afghanistan by trying to bring stability and prosperity to the country,” but “too many Afghans” would not have accepted the gift .

The Kabul case will be another missed opportunity to ponder a standard course of action, which is to rush to retaliate and withdraw as soon as it suits. Instead, you will hear a lot in the media about what that says about us, about the fall or “defeat” of the West, which is repeatedly treated as the main character in a tragedy that actually struck others. There are still more big speeches to be expected in the British Parliament based on the moral purpose of the intervention – and the betrayal of Afghan women will also be an issue frequently. On the other hand, little will be heard of the reality of a war that ultimately involved high-profile retaliation against insignificant, soft targets, from Sudan to Iraq to Afghanistan. The purpose was not to stop terrorism or to free women, but to demonstrate “unlimited reach”.

Nesrine Malik is a columnist for Guardian

Don’t underestimate the ‘sprained ankle’, an injury that can be chronic if treated improperly.
Posted onSeptember 29, 2022