What to do with minors? Spaniards argue about illegal immigrants | Europe and Europeans: news and analytics | DW

In Spain, the controversy over underage Moroccans in the Spanish exclave of Ceuta on the north coast of Africa continues. They entered Spanish territory in May 2021. Among the ten thousand Moroccans in Ceuta, there were more than two thousand minors who entered the city without their parents. The crux of the controversy is what to do with these children and adolescents between the ages of 8 and 17: whether to send them back to their homeland or leave them in Spain with full content and with the provision of an opportunity to study.

Ceuta can not cope with the influx of illegal immigrants

“Minors who come to Spain from Morocco and other Maghreb countries are nothing new to us,” said Carlos Javier Lopez, a spokesman for the Spanish Red Cross, in an interview with DW. According to him, by the end of 2019, before the pandemic, in Spain – officially dependent on the state – there were 12 417 young foreigners, including 406 in Ceuta. However, official statistics do not take into account hundreds of young illegal immigrants who are not registered with the relevant social services of Spain. …

The presence of the Moroccans in Ceuta exacerbated the humanitarian situation there, Lopez continued. During the first days, minors spent the night with adults on the pier in the port – after all, the city children’s reception center was already overcrowded before that. Then the administration allocated for them the sports complex “Santa Amelia” and the industrial hangars “Piners”, providing, in addition to accommodation, clothing and food. € 43.84 is allocated daily for each young migrant. However, many of them prefer to live on the street, earning a living by begging and petty theft, said a representative of the Red Cross.

Children without parents: can’t you leave them back?

According to Spanish law, foreign children and adolescents who find themselves in the country unaccompanied by their parents are not subject to forced expulsion, a member of the Madrid Bar Association Maria Rosario Mesonero told DW. Minors can only be repatriated at their own request or at the request of their parents. This is the difference from adult migrants seeking asylum: only those who justify their request with good reasons can stay in Spain – the presence of a military conflict in their homeland, persecution for tribal, political, ideological, religious reasons, because of non-traditional sexual orientation, and so on. …

Illegals from Morocco who return home from Spain (May 2021)

READ Also:  Trotsenko spoke about the deal with the heirs of Bosov for $ 100 million :: Business :: RBC

On the other hand, the lawyer recalled, Spain signed an agreement with Morocco on the repatriation of minors back in 2007. But since it contradicts the current law, it has not yet been implemented. The Spanish authorities recalled these agreements only in connection with the emergency situation in Ceuta. Rabat agreed to accept no more than 15 minors per day – in order to be able to deal with everyone: send them to parents or to institutions for orphans.

For and against the return of adolescents to their homeland

Spain managed to extradite only 45 teenagers, noted, in turn, the representative of the Red Cross Lopez. Human rights defenders, represented by eleven NGOs, including the renowned international organization Save the Children, went to court and stopped the deportation as “contrary to the law and humanitarian law.” Well, the Ceuta administration demanded from the central authorities to transfer some of the minors to other regions of Spain, because through their fault in the city, where 84,000 inhabitants live, “an unstable and extremely dangerous situation” is taking shape. 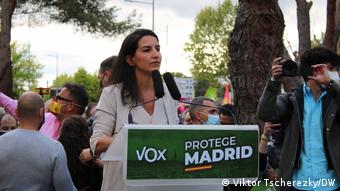 The Spanish liberals from the People’s Party and the conservatives from the Golos party spoke out against the court decision in favor of continuing the repatriation. At a recent rally in the Madrid suburb of Pozuelo, MP from “Voice” Macarena Olona recalled that the Ceuta police are forced to intervene in the situation around underage Moroccans at least 5 times every day. The MP noted that “Spain, which is experiencing a severe economic crisis, cannot afford to support thousands of foreigners.” In addition, in her opinion, children “should be brought up in their native environment.”

Illegal minors will be taught

Meanwhile, according to Mesonero’s lawyer, one of the NGOs – the Coordination Council for the Monitoring of Minors – proposed a compromise option: to solve the cases of minors in Ceuta individually – as in the case of adult migrants. Indeed, among the arrivals, for example, there may be homosexuals who are persecuted, girls who are forcibly forced to marry in their homeland, victims of domestic violence, and so on. They can be granted asylum in Spain.

In the meantime, politicians and the public, according to the lawyer, are arguing how to solve the problem of young Moroccans, the authorities are obliged to comply with the law, in particular, the provision that all minors in Spain have the right to study. To ensure this right, added the representative of the Red Cross, additional teachers have been involved in the work in 5 educational institutions in Ceuta, educational premises have been equipped. True, Lopez summed up, on the first day – the school year in Spain begins on September 10 – not all Moroccan children and adolescents who have arrived in the city have started their studies.

Covid vaccination for children: how about it in...

Green pass at work, the final text of...

The amazing comeback of the SPD in the...

Trial for the murder of Maxime Chicoine-Joubert |...

The number of victims after the shooting in...

Kaprizov extended contract with Minnesota for $ 45...

In the Arctic, certified guides will tell you...

Security systems are checked at schools in Krasnoyarsk...