Olaf Scholz won again. According to the results of a blitz poll conducted by the public-legal TV channel ARD after the TV debate of candidates for chancellor on Sunday, September 12, 41 percent of respondents gave preference to the Social Democrat. Armin Laschet, candidate from the ruling conservative bloc CDU / CSU, and Annalena Berbock are behind the opposition Greens – 27 and 25 points respectively.

Thus, the Minister of Finance and the candidate from the ruling SPD, Scholz, not only strengthened the role of the leader, but also widened the gap. At the end of August, he won the first televised debate on the private television channel RTL, with a score of 36 percent. After the second debate, Scholz was named the winner and most of those who have not yet decided. The Prime Minister of North Rhine-Westphalia and the head of the CDU Laschet got a couple of points, but in general, the balance of power in the top three has not changed.

This was the only televised debate on the public law TV channels ARD and ZDF ahead of the September 26 Bundestag elections. The candidates will meet for the third and last time on 19 September on the air of the private TV companies ProSieben, SAT.1 und Kabel Eins. Since three parties nominated candidates for chancellor, the competition of political heavyweights was called “triel”. 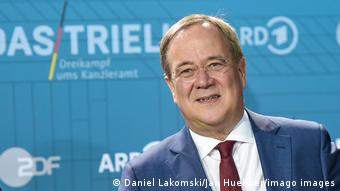 Television debates usually do not play a decisive role in the elections to the Bundestag. This time their importance increased, since they were considered almost the last chance for Laschet to reverse the trend and save the party from defeat. In pre-election polls, the CDU / CSU bloc ranks second with 20-22 percent, lagging behind the SPD by three to six points. The same applies to Berbock, whose party Union 90 / Greens is in third place in the polls, with 15-17 percent, although in the spring it was in first.

Coalitions and pensions – what the Chancellor candidates talked about

Laschet, from whom the party’s supporters expected more activity, lived up to these expectations. Despite the identical burgundy ties, there was no harmony between him and Scholz. From the first minutes, the Conservative candidate attacked his main rival. He accused him of not wanting to rule out the creation of a coalition with the Left Party, the heir to the Socialists from the GDR, and also criticized him in connection with the recent financial scandals. In some places the “triel” turned into a duel between Scholz and Laschet. The SPD candidate parried the attacks, accusing the opponent of “distorting the facts.” Scholz, on the whole, remained true to his image – an imperturbable, dryish, but competent bureaucrat, for which he was nicknamed “scholzomat” and “robot”.

The hour and a half debates were noticeably more emotional than the previous ones, but in general they looked like a business discussion at a high pace, which was not easy for the layman to understand. They talked, among other things, about the fight against coronavirus, digitalization, global warming, health care reform, taxes, pensions and, very briefly, about migration. Nothing fundamentally new was sounded, no one made mistakes. 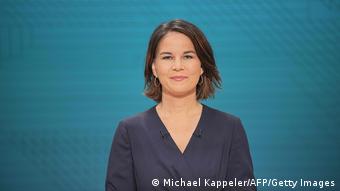 In their concluding addresses to voters, the candidates tried to explain their positions as briefly as possible. Laschet said he wants to be the “chancellor of trust,” stressing his unwillingness to impose rules on business and society. Green candidate Berbock called for a breakthrough in the fight against climate change, noting that the new government still has a chance to exert an “active influence” on it. Scholz spoke about solidarity and respect, promised an increase in the minimum wage and stable pensions. The importance of pensions cannot be underestimated – almost 40 percent of German voters are over 60 years old. The race leader used the latest debate to once again present himself as the unofficial heir to Merkel. Scholz said he wanted to “serve” the country as federal chancellor – a similar phrase was repeated by the current head of government.

The second televised debate surprised them by ignoring foreign policy topics. The international agenda rarely plays a major role in elections, but its complete absence was unusual. Neither the situation in Afghanistan, one of the central topics in the first round, nor the future of the European Union, which is often discussed in Germany, nor difficult relations with the leading global players in the United States and China, became the subject of discussion. Not a word was said about Russia, Ukraine or the controversial Nord Stream 2 gas pipeline, the construction of which was recently completed.

After the debate, the impression was left that Germany is an island, not connected with the outside world, which deals only with its own problems. This is all the more surprising since the outgoing Chancellor Angela Merkel leaves the country in the role of one of the most influential and respected states in the world, an active participant in global processes. By listening to the contenders for her legacy, voters were unable to assess their views as international politicians. Only the Greens candidate Berbock casually mentioned that she was in favor of a “more active foreign policy.” She may already be trying on the role of Foreign Minister in the government of Chancellor Olaf Scholz.

READ Also:  G-20 Finance Ministers Meeting: Now there is a dispute in Venice

an app helps patients (before and after surgery) – time.news

The lioness Diwan, I fight for equal opportunity – Entertainment

In Newsstand on the Fatto Quotidiano of 22...

Queen spent one night in the hospital

“Next months will be difficult for the unvaccinated”...

Experts assessed the impact of the new lockdown...