Karur: Minister Senthil Balaji met the parents of a school student who committed suicide in Karur.

A 17-year-old Plus 2 student from Karur committed suicide on the 19th. He committed suicide in his home due to sexual harassment. Student suicide has caused a great stir in Tamil Nadu. Police are currently conducting a serious investigation.

The sexual harassment that befell her should no longer be time for anyone. I should be the only woman who dies from sexual abuse. He mentioned in the letter that he was too scared to even talk about the person who sexually harassed me. 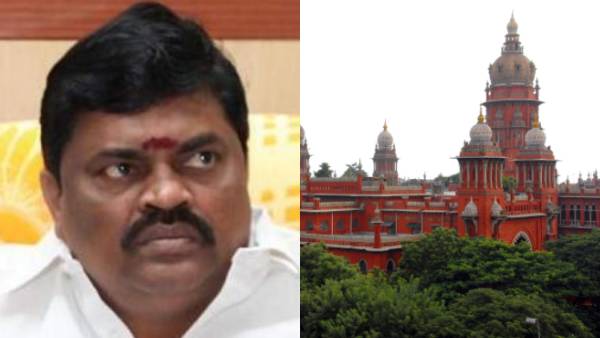 Six teams led by Karur Cyber ​​Crime DSP Gitanjali seized the student’s cell phone and are investigating the case from various angles. The Tamil Nadu government has sacked Inspector Kannadasan, who had been sitting in the police station all night scolding the parents of a student who had initially gone to lodge a complaint about his suicide.

Police Inspector Kannadasan has declined to inquire into the complaint lodged by the student’s parents. He also treated the family of the student who came to lodge a complaint. The student’s mother, you are the one who is abusive, who scolds you. While this is a major controversy, the investigation into the student suicide has been stepped up following criticism.

In this situation yesterday the People’s Power Organization and the local college students came together and staged a protest near the Karur bus stand wearing black. Police Inspector Kannadasan should be arrested for insulting the student’s parents. They chanted slogans demanding justice for the death of the Tamil Nadu government student who was watching the fun.

Kannadasan, a student and police officer who met reporters after the protest, should be arrested immediately. We voted for the minister here and made him an MLA minister, but did not even go to the house of the deceased woman for four days to offer condolences. Various parties including Congress, AIADMK, BJP, BJP and the Naam Tamil Party visited the house of the deceased student and offered condolences to his mother.

But the minister from Karur did not come to the student’s house. Whoever the culprits are, they should be given the punishment they deserve immediately. The students also said in the interview that the police should not discriminate in this. The students had criticized Minister Senthil Balaji Karur for not visiting the student’s house and expressing his condolences.

In this context, the Minister of Electricity and the Minister of Prohibition and Excise Senthilpalaji, who came to know about the incident, visited the house of the parents of the Karur student last night and expressed his condolences. We will definitely find the culprit. Do not worry. Police are investigating. Minister Senthil Balaji expressed his condolences saying that the government will support you.

READ Also:  Berlin lags far behind its own claims

Who will be the next Fed chairman? 5 things that will be the focus of this week’s markets by Investing.com

Before the Scala, the anti-Covid foyer empties of...