who is the boss? The decision whether Zehavi will return will define who will control Maccabi

Eran Zehavi no longer has to calculate the calculations of a full-fledged football player. He is an icon, a mega star and the man who has already achieved a lot today. The answer to the question of where his next stop will be does not come from the trivial wishes of a legionnaire his age, but Eran Zehavi does want in my personal opinion to choose the next stop under the idea of ​​”the last dance”. This should be an accurate choice, which will make the end of his career an extraordinary epic move and therefore the question of what to choose is important.

I will add and say, that in my opinion, on one level or another, a media move similar to that series on Netflix sits in the hive of a good golden gold in the head, a move that will close the plumba around the first Israeli sports brand.

On the face of it, Zahavi has been able to play football for several more seasons. The player whose personal numbers are important has a brand understanding that he has a golden opportunity to finally smash not only the record tables he has set, but to remove the doubt of being able to imagine that in the coming decades there will be someone to challenge them. 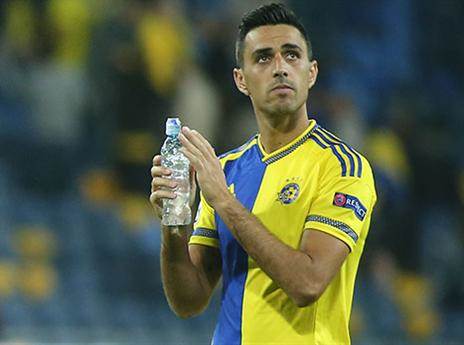 Therefore, any choice that is made should ensure the obvious, that the question of retirement and the date of retirement will depend on him and only him. That’s why returning to Israel can not be in a short contract: if Zehavi returns to Israel, then he will not make another round abroad. The family, if she returns, will already be somewhere else, so returning to Israel is obligated under certain conditions.

First of all, she can only be at Maccabi Tel Aviv, since his legacy will not include the idea of ​​other uniforms.

What Zahavi will want in my opinion is that Maccabi Tel Aviv in football will be Maccabi Tel Aviv in basketball. These are moves that David Federman in basketball likes to make: go big on a sporty marketing idea and concentrate effort here and now. At the same time, Goldhaar’s Maccabi is Goldhaar’s organization in the definition and idea of ​​Zahavi’s return embodied in the dilemma of control. If Mitch returns Zahavi, he is effectively handing over control and reins to his own hands.

Therefore, I do not see Zahavi returning on a relatively short contract. If Maccabi wants, it should give a long-term contract and control at the time of retirement, and not only at the time of hanging the shoes will control come.

This is not a simple thing because Zahavi did not come for free, and in fact it is a strategic choice to give Zahavi three years as a sample contract. Assuming that Maccabi Tel Aviv gives, then any sane person can assume that Zahavi Plus Maccabi Plus European rankings are worth a lot of goals, titles and almost safe games in European settings. No other team in the world has the ability to give such a final dance a go.

That is, the choice is simple – if Maccabi is willing to give a quality and long-term contract and the understanding that Zahavi is the undisputed ruler of Kiryat Shalom – there will be a deal.

From the eyes of Barak Yitzhaki – Zehavi’s return is an insurance certificate. What he did to Cruyff, Zehavi can do to Barak Yitzhaki. The striker is the difference even today in the current squad between a third-place team and a champion, so much so. It is worth the contribution of Noble to Haifa in numbers and more than that in everything else. So for Yitzhaki, it’s a simple business, what’s more, the control is not with Yitzhaki, so he, should not really give up.

But Yitzhaki needs a story. Mitch Goldhaar is one who knows how to weigh alternatives and will understand the risks and not just the profit. Zehavi’s return is an organizational statement, a perception that Maccabi cannot do without, a strategic choice of who is currently an even stronger brand than the club and, as mentioned, a relinquishment of control. 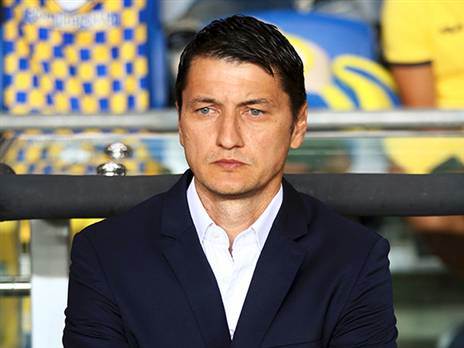 You do not return Zehavi and land him a coach like Ivica, but consult with him about the steps (Alan Schieber)

To bring back Zehavi, Yitzhaki needs a good story, such a story could be “The Return of Maccabism.” Zehavi as the ‘King of the Maccabees’ will lead the real youth revolution. His return will allow for taking risks with the younger generation, bringing 6-7 young people into rotation alongside Zahavi, full backing from the crowd and a response to the Green Empire.

Such a move also has an economic advantage, the frustration in the yellow crowd is great, another summer under the usual procrastination in the Mitch era could bring a problem in recruiting subscribers. Maccabi is addicted to a full Bloomfield, selling souvenirs, to houses in the Conference League, and Zehavi brings all this with him, as far as a player can bring.

His return could lead to a more sane staff on his side on paper. It may require a huge contract, but when calculating the total cost of players’ salaries, it can even be cost-effective. But it’s only at least on paper, because I understand, if Zahavi returns, he will not want to play with a strengthened Betar Bat Yam, but will want a strong team by his side, so it is not really economical.

So Yitzhaki has an interest and there is a good story. what is missing? From Zehavi’s side, the fear of the “last dance”, what happened to older Israelis who returned to the league, the idea that he will not be able to cope with the new competitive situation and the fact that Maccabi like Maccabi can land a new Ivica at any moment, which may in some places be a deterrent. If Zahavi wants control, Ivica as a code name, it is the exact opposite of control.

For Maccabi, this is a completely different story. There is a deal here, complex, also financially, but mostly strategic: Zahavi’s return is a conscious choice in giving up the foreign revolution. Zehavi and Yitzhaki with the huge backing of the audience will de facto run the system, this is a statement that Mitch can not really do without, that the tidy system is ultimately a captive of characters: Ivica, Cruyff, Zehavi. This is a statement from the Scouts that the ideas are over, that Maccabi Haifa has built a strategic threat and more.

Jordan’s Chicago Balls’ “The Last Dance” series revealed the emotions in the struggle between the management of a sports organization and the big stars. I’m convinced that Zahavi wants, his package, but want to, I’m convinced that the screenwriters who accompany him and the consultants who accompany him, understand the enormous potential. Nowhere else can the last dance be in his hands, here yes. On Mitch’s table is an ideological choice, only that Zahavi did learn from a Jordan case: if the organization wants the success that Zahavi can bring, it will have to relinquish control.

The author is a panel member in the Red Color podcast, the Hapoel Tel Aviv fans podcast 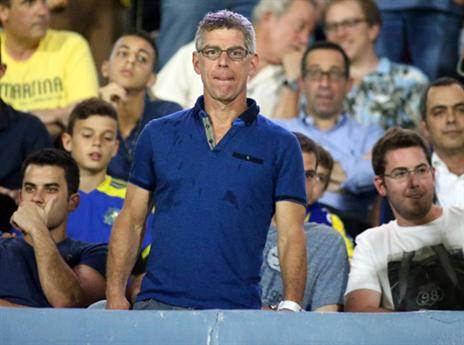 Fasting in front of the house of the...

Only the defense will win: Boston went up...

Roma’s title is ‘for the tifosi’, savors Zaniolo

Asian Cup Hockey: Will India get a chance?...

“Brooklyn does not want to renew Kyrie’s contract”