Why does Russia need a law on public power and who is not happy about it? | Russia and Russians: A View from Europe | DW 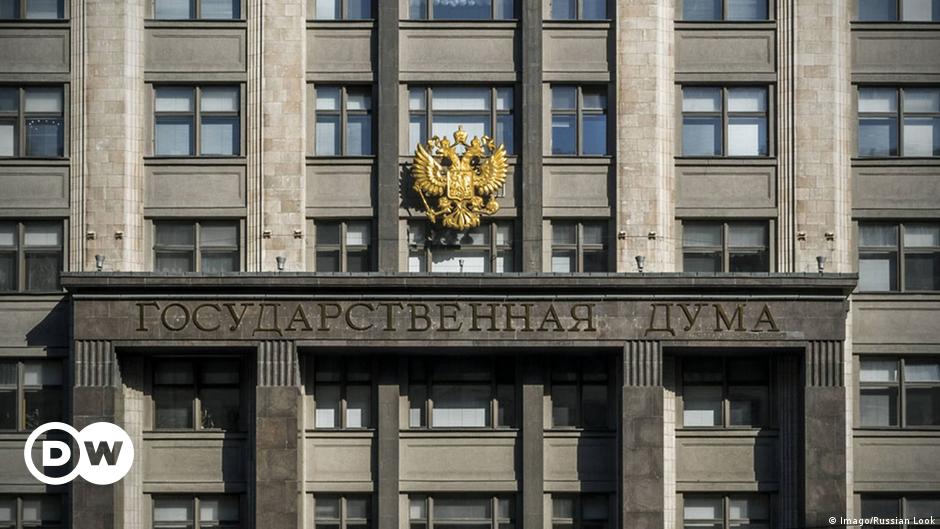 On Tuesday, November 9, the State Duma adopted in the first reading a bill onb general principles of the organization of public authority in the constituent entities of the Russian Federation. The document was adopted by the votes of United Russia and the Liberal Democratic Party. The ruling party explained the need for a new law by the desire to bring the legislation in line with the new Constitution of the Russian Federation. The communists criticized the law for “Moscow’s interference in the affairs of the regions” and the strengthening of the “super-presidential republic.”

What changes are provided for in the new law

The new law, in particular, grants the president of the country the right to dismiss the heads of the subjects of the federation due to the loss of confidence. The president still has this right now, but the new law does not specify the grounds for losing confidence. Now such grounds are, for example, revealing the facts of corruption or keeping money in foreign banks. At the meeting, Communist Party deputy Yury Sinelshchikov expressed concern that this could lead to the arbitrary removal of disloyal governors.

The first meeting of the State Duma of the new convocation on October 12, 2021

The new law allows governors to be re-elected after a five-year term of office a limited number of times. Now they are prohibited from running for election more than two times in a row. Under the new law, for example, Moscow Mayor Sergei Sobyanin and Moscow Region Governor Andrei Vorobyov, whose term of office expires in 2023, as well as President of Tatarstan Rustam Minnikhanov (his term of office ends in 2025), will be able to run for a third term. According to the current legislation, all of them cannot take part in the next elections.

In addition, the law of Senator Andrei Klishas and Deputy Pavel Krasheninnikov gives the federal executive authorities the right to participate in the formation of the executive authorities of the subject. The legislative assemblies of the constituent entities also halved the period for submitting responses to federal bills – from 30 to 15 days.

Why regional elites are protesting

The claims of deputies from Tatarstan, Kabardino-Balkaria, Stavropol Territory and Yakutia were also caused by a reduction in the time frame for drawing up reviews of the laws adopted by the State Duma. The comments indicate that this rule will lead to “the actual removal of regions from the federal legislative process.” 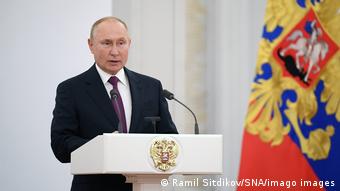 The bill in this form “hints that they (autonomous regions – Ed.) will be liquidated, which the elites of none of these districts categorically do not want, “political scientist and president of the Minchenko Consulting holding Yevgeny Minchenko said in a conversation.

“It was an old idea – to eliminate the problem that was laid down in the Yeltsin constitution – the separation of local self-government from the vertical of power,” Minchenko explains the behavior of the authorities. To this end, the Kremlin, according to him, came up with the concept of a unified system of public power, which first got into the new constitution, and now began to be embodied in laws. “First of all, this is an even greater strengthening of the presidential power, which, in my opinion, has become disproportionately stronger in our country,” the political scientist added.

Legislators are trying to fit the already established system of power in Russia under the concept of public power, said Ilya Grashchenkov, general director of the Center for the Development of Regional Policy. “The law contains a very large number of measures that actually kill local self-government. I think that this law will finish off the already dead local self-government. This is bad, because, as practice has shown, verticalization does not bear fruit,” Grashchenkov summed up.

Tatarstan will “lose” the president?

Not only opposition parties voted against the bill. Six United Russia deputies also went against party discipline. All of them represent Tatarstan in the State Duma. The elites of this donor region are not used to asking the federal center for anything with an outstretched hand, explains Grashchenkov. For this reason, they considered it possible to come into conflict with the federal center. “In particular, they do not like the encroachment on their identity,” the political scientist notes.

Evgeny Minchenko suggests that as a result, the elites of this region will be forced to submit to the center. “In the end, let’s see who we have more autonomy – Minnikhanov or Kadyrov,” Minchenko suggests. “Ramzan Akhmatovich understands that the main thing is not checkers, but going. (In 2010, Ramzan Kadyrov himself renounced his status as president of the Chechen Republic and became its head.)

Nevertheless, even after the adoption of the law, Tatarstan may retain the post of president of the republic. “Here they are (the elites of Tatarstan – Ed.) they declare this and believe that the center has no leverage to push them through, – reflects Ilya Grashchenkov. – What can the federal center do? The Legislative Assembly of Tatarstan will restrain itself and will not rename the position. What then? In Moscow, will he be called the head of the subject, and in Tatarstan – the president? “

Sale of narcotics; Call for information on mobile no Dinamalar
Posted onAugust 12, 2022