Why the police acted so brutally 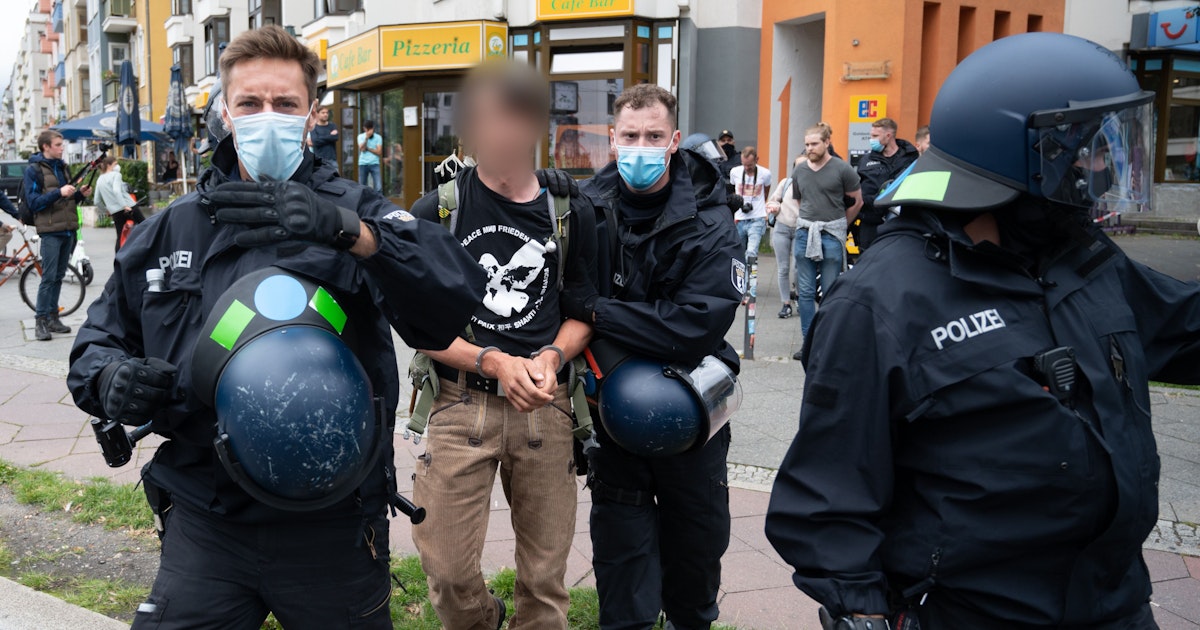 Berlin – Were the bans on the corona demonstrations on the last weekend in August justified? Berlin’s police chief Barbara Slowik defended the bans by the police and the brutal actions of their officers in the interior committee on Monday. The participants would regularly not accept the legal regulations for protection against infections, she explained. “For the so-called ‘lateral thinkers’ it is a trademark, a declared goal not to wear mouth and nose protection.”

There were also “a good number” of gatherings from the “lateral thinker” scene who, according to the rules, brought their protests to the streets. At Alexanderplatz, for example, there was such an event where masks were worn. “That was great, there was no problem,” said Slowik. “But if the announcement comes in advance that the rules will not be followed, I as the police have no other option than to intervene.”

Slowik assured: “We work completely neutrally. But if rules are not adhered to, regardless of which one, we take action. ”That was also the case on August 28 with the“ Zug der Liebe ”, a demonstration organized by the techno scene. Because the leader of the meeting could not enforce the hygiene requirements, he had to break up the demo.

Slowik explained that the police did not have long discussions with demonstrators who did not wear a mask: “It was about preventing the spread of the virus. And yes, communication sometimes has to be a little tighter because the longer I communicate the longer the virus simply spreads. ”But that applies uniformly. The topic of the meeting is “completely insignificant”.

Aerosol researcher sees no danger in the open air

Karsten Woldeit from the AfD, on the other hand, sees a different public perception: “That people gather peacefully in the open air to express their opinion and that this freedom of expression should supposedly be prevented,” said Woldeit. “I am not the only one who shares this image.” If a demonstration was openly violent and “All of Berlin hates the police” is chanted in advance, “not a whim would be thought of banning such a gathering, even though you know there will be violence and 50 or 60 police officers will be injured. “Slowik again rejected this:” That we would act differently is definitely not the case. “

Burkard Dregger, parliamentary group leader of the CDU, “is extremely sorry for the police”. For years she has experienced violent attacks from the left spectrum and at the same time the accusation of excessive police violence. Now you experience the same thing from the spectrum of lateral thinkers and the AfD, which are suddenly no longer on the side of the police. “Our police are completely non-ideological. It enforces the law – regardless of the scene against which it is exercised. “

The police enforce the corona ordinance issued by the Senate. It also lays down the hygiene rules for demonstrations. In the meantime, there is a report by the renowned aerosol researcher Gerhard Scheuch, who rates the risk of being infected outdoors as “extremely low”.