Wimbledon: Barty wins the world’s most important tennis tournament for the first time 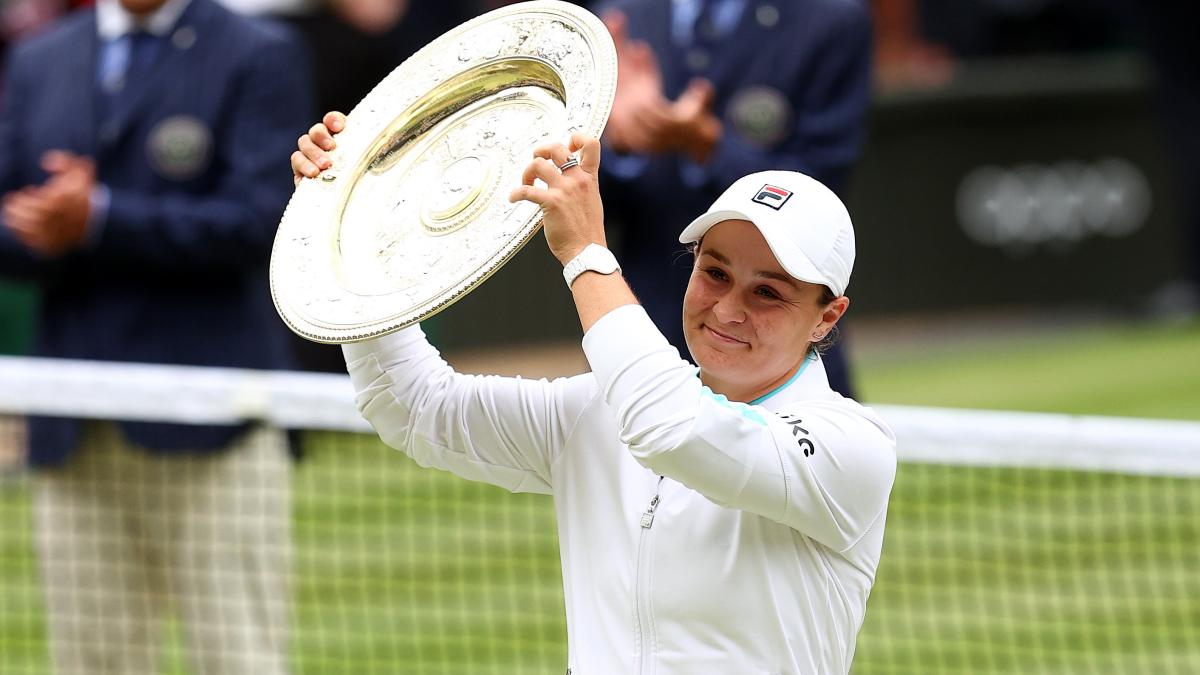 For a long time it looked like she was the undisputed winner. But in the second sentence Barty weakens before she then lifts the trophy in the air. The victory at Wimbledon makes the tennis nation Australia cheer.

Ashleigh Barty has finally ended Australia’s seemingly endless waiting for the next Wimbledon winner after 41 years. The world number one won the most prestigious tennis title for the first time on Saturday with 6: 3, 6: 7 (4: 7), 6: 3 in the final against Czech Karolina Pliskova – and then clapped her hands to her face in disbelief.

The 29-year-old Pliskova, on the other hand, has to wait for her first triumph in a Grand Slam tournament. The former number one in the world had also lost the US Open final in 2016, then against Angelique Kerber, who was defeated in the semifinals against Barty on Thursday.

Barty had a lightning start to the game and was 3-0 ahead after just six minutes. The first 14 points went to the all-rounder from near Brisbane, then she put a backhand into the net. The 15,000 spectators on Center Court applauded when Pliskova won the first point to give courage to the number 13 in the world. But the Czech with such a strong serve was even 0: 4 behind after a double error. With a faint smile, she registered the first game win to 1: 4, when Barty faltered for the first time on his own serve.

The women’s tennis legends Martina Navratilova and Billie Jean King excitedly discussed what happened when the sides changed hands in the royal box directly behind Duchess Kate and Prince William. Navratilova also explained directly to Kate what was happening on the lawn. They saw how Pliskova couldn’t get through her service on the third attempt, but then found the match a little better, even if the set was gone.

Four weeks after Barbora Krejcikova’s surprising French Open coup, the next Czech success seemed a long way off. Pliskova, supervised by German coach Sascha Bajin, fell 3-1 behind in the second set, despite her economies of scale. The 1.66 meter tall Barty showed nerves with the finish line in sight.

Now finally there was tension and more class in the eighth duel between the two. Barty did not manage to make the title perfect with a 6: 5 lead with his own serve and lost the contested tiebreak after a double fault. In the decisive set, Pliskova gave Barty the break to make it 2-0 with a slight volley error and despite all efforts, trailed again. This time in vain, the favorite maintained the lead and was relieved to cheer after 1:55 hours.