A 42-year-old woman lives in Kurla area of ​​Maharashtra state. In this case, the woman was sleeping alone at home last Wednesday night.

Then, a gang of 3 people entered the woman’s house early in the morning. The gang entered the house and gang-raped the woman. Later, the gang also indulged in unnatural sex.

The gang had heated the genitals of the gang-raped woman with cigarettes and brutally attacked her chest and hands with a sharp weapon.

The gang has recorded the incident of gang rape of the woman on video. Later, they left after threatening to post the video on social media if they report the matter to the police.

However, the gang-raped woman told a neighbor about the brutality that had happened to her. He was shocked to hear this and filed a complaint with the police today.

Based on the complaint, the police registered a case and are actively searching for the 3 men who gang-raped the woman and fled. It has been reported that all the 3 criminals are residents of the same area.

The incident of gang-rape of a woman after breaking into a house in the early hours of the morning has caused great shock. 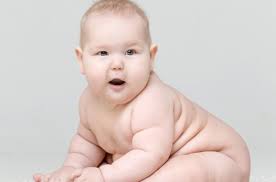 “Office hours” are no longer a reality for a majority of French people
Posted onFebruary 3, 2023

“Summa Summa Arru..”: The guard who stabbed the boss in the chest! – Puthiya Thalaimurai
Posted onFebruary 3, 2023

The Choir of São Paulo is out of tune in Peru – Marion Mueller Chueca
Posted onFebruary 3, 2023
Menu