“Yes, I’m such a girl.” Woman cheated a man by saying he will marry him

Trichy: A young man has lodged a complaint at the police station near Mayiladuthurai demanding the recovery of jewelery and money from a woman who cheated on him by promising to marry him.

Chinnathambi (28) hails from Kilianur area of ​​Tharangambadi taluka in Mayiladuthurai district. The man, who works abroad, came to his hometown a few months ago to get married.

In this situation, last June, Abhinaya (18) from Chinna Thampi and Villianallur High Street area was confirmed in the presence of the village elders. 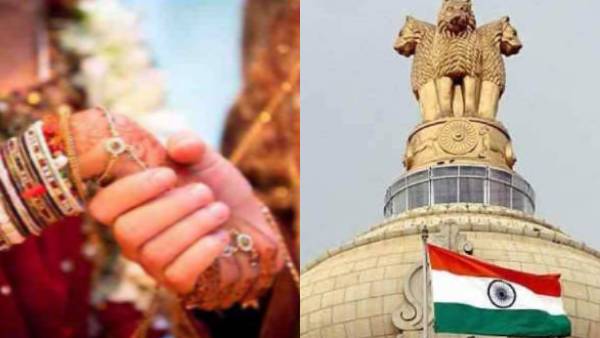 2.5 lakh for mixed marriages .. Introduction of helpline numbers for the elderly and women .. Central Government

Chinnathambi, who is in love with Abhinaya, bought him a cell phone and a 2 pound gold chain. Besides .. Chinnathambi has bought everything that Abinaya asked for from his father and two-wheeler.

We saw the girl who was here

In this situation, Chinnathambi went to Mayiladuthurai last week to meet Abhinaya in person. Chinnathambi, who was upset that he was not there then, tried to contact Abhinaya. But his phone was switched off. When Abinaya came to the woman’s house, they told her little brother that they were telling her information. Chinnathambi, who came to know about Abhinaya’s disappearance a few days later, asked the girl’s family about it. They then indifferently replied that their daughter was missing and that we were still searching.

Immediately the younger brother contacted Abhinaya on the phone. Abinaya’s response shocked him. He has said that he is married to someone else and forget about himself. Chinnathambi froze in shock when she heard the woman say that she was the wrong woman and that you must have believed it.

Chinnathambi, who was depressed to the point of committing suicide, asked the woman’s mobile phone and the two-wheeler he had bought and the Rs 50,000 he had spent on the engagement. They have promised to give it up. However, as they have not paid the money till date, Chinnathambi along with his relatives lodged a complaint with the Mayiladuthurai District Deputy Superintendent of Police. They also demanded the recovery of lost money and goods. The incident where a woman cheated a young man by claiming to be married and snatched money and goods from him has caused a great stir.

Woman cheatin man in Tamil Nadu: The victim has lodged a complaint with the police demanding the recovery of jewelery and money from the woman who cheated on him by claiming to marry a youth near Mayiladuthurai.

JioPhone Next Is Up For Sale Via Reliance Digital Website Now | Can I still buy the Geophone Next device like this? Do not miss the good opportunity ..