A wave of new viruses in Germany: preschoolers are more likely to get sick | Culture and Lifestyle in Germany and Europe | DW

In the last autumn-winter season, children in Germany were much less likely to get sick: they caught colds less often, caught viral diseases less often and sniffed less often than before. This is evidenced not only by the observations of parents, but also by official figures.

The new autumn-winter season has not even begun yet, and German doctors have already sounded the alarm. They see the main reason for the increase in cases of infection with viruses that affect the respiratory tract in the abolition or mitigation of the measures that have been taken to combat the coronavirus infection pandemic: adherence to social distancing, wearing masks, and adhering to strict rules of personal hygiene. And if in 2020 covid practically outlived the flu and other viral diseases, then in the new season all these viruses seem to be catching up with us.

So, over the past weeks, many children have contracted viruses, which primarily affected the respiratory tract. According to the German Pediatricians’ Union (Berufsverband der Kinder- und Jugendärzte), children under the age of six are now most diagnosed with viral diseases. Due to the closure of kindergartens and the reduction of social contacts, they did not come into contact with viruses for several months and are now “catching up” with what was missed during the lockdowns.

In Germany, children between the ages of one and four are now especially often admitted to hospitals, diagnosed with respiratory syncytial virus. This trend is indicated by the Robert Koch Institute (RKI). This virus also causes respiratory tract infections. If in the years before the pandemic in September, from 60 to 70 children with a severe course of the disease were admitted to German clinics, now this figure has doubled. According to RKI forecasts, it will continue to grow.

Hermann Josef Kahl, a pediatric cardiologist and spokesman for the German Pediatricians’ Union, confirms this information: “The number of infections is now on the rise. , began to communicate more again “.

Therefore, German pediatricians turned to the public and politicians with a request to return the children to their familiar environment – as much as possible. For example, one of the requirements of pediatricians is to relax the rules for wearing a protective mask. And many federal states are already following this call. Even in North Rhine-Westphalia, where the rules for schoolchildren have remained the most stringent for a long time, from the second week after the autumn holidays (November 2), they plan to stop wearing masks at their desks.

On the calls of pediatricians, the reaction of virologists immediately followed. Melanie Brinkmann, a virologist at the Helmholtz Research Center for Infectious Diseases in Braunschweig, told the Rheinische Post that she considered such action too hasty and “quite foolish, to be honest.” The reaction of the doctors was not long in coming: the doctors were greatly surprised by the “manner” of communication of the consultant to the German Chancellor Angela Merkel.

READ Also:  In Berlin, as a result of shooting in a parking lot, four people were injured :: Society :: RBC

But let’s put this conflict aside and ask the director of the pediatric and adolescent medicine unit at the University Hospital Cologne about how things really are now and what his colleagues think. Professor Jörg Dötsch confirms the information that at the moment in Germany there are a lot of children with respiratory tract infections: “There are especially many babies and preschoolers who were protected during the pandemic by the measures that were taken to combat the pandemic. now clinics are overcrowded all over the country, and intensive care units are also full. ” At the same time, the doctor urges not to dramatize the situation and promises that “medical assistance will be provided to every child who needs it.” Yes, the patient may have to be referred to another clinic if the nearest one is not available. 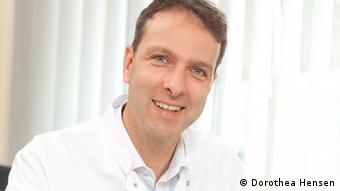 It turns out that the country has really been covered with a wave of infectious diseases? A German doctor explains with an illustrative example: “Imagine that you have built a dam, a certain amount of water flows into the reservoir, but not significant, and now you remove this structure … and how much water will rush out at once! The same is happening now! and with infections. Now all kinds of viruses are attacking at the same time. That is why we have so many sick children. ” However, one should not make hasty conclusions and frighten the already frightened population. “This does not mean that children have weaker immunity, that they are now more ill, it is just that all infections overtook them at the same time,” the doctor from Cologne reassures.

Herman Josef Kahl believes that a positive experience should be drawn from the pandemic: “She showed how important it is to observe hygiene measures, and these measures must be preserved, not to forget to tell the children about it.” His colleague from Cologne emphasizes: it is important to realize that the staff of the clinics is very necessary for children, and this particular area of ​​medicine is not well financed: stand idle, you can not cut jobs in children’s hospitals. ” With regard to covid, he urges to be careful further: winter is ahead, communication is moving into closed rooms, you cannot treat the pandemic lightly, even if the situation is now favorable: “Yes, we had very few small patients, fortunately, but we must not forget that this virus is new, we have only known it for 18 months. ”

Favorite car of the Germans: still VW Golf, and soon Tesla Model 3? | Economy in Germany and the World: News and Analytics | DW

Five Italians on the list for the Golden Ball. It hadn’t happened since 2007

Nabiullina: it takes at least 10 years to...

The Ministry of Emergency Situations reported about burning...

Kadyrov called on “harsh and strict horsemen” to...

The State Department does not consider the departure...

This series leaves dust for “Wedding at First...