Nothing will ever be the same again in the geography of Italian banking system post-Covid. The kick-off of the new bank risk, perhaps the definitive one, he gave it Intesa Sanpaolo shortly before the outbreak of the pandemic, a year ago going to the attack of where, the fourth Italian bank, absorbed under the banner of the first bank in the country. Removed Ubi from the board (and subtracted in time from a possible deadly embrace with Mps) and thanks to the pandemic, now everyone looks around.

Everyone knows that the concentration process can no longer be postponed. After all, the Italian system is still based on two great champions, due big, with Understanding stainless in its performances and with UniCredit bruised after management Mustier and on a group of medium-sized banks from Banco Bpm a Bper to Popular of Sondrio that alone can no longer stand. The pandemic context does not help to stay adequately on the market. THE interest margins they will continue to remain asphyxiated and in 2021-2022 i sick credit levels will rise again, not at alarm levels, as in the bubble on Npl of the past years, but they will certainly pose the issue of new provisions and write-downs which will tend to squeeze already sluggish profitability for so-called medium-sized banks.

We need older actors with broad shoulders to absorb the repercussions of a difficult external context. He has been asking for it for some time ECB who wants a system along the lines of the competitor Europeans: two / three large banking groups and the territory covered by the smaller banks. It has been working like this for years Spain (Bbva, Santander and the cash desks) in France (Bnp; SocGen, Credit Agricole in wood national champions) and in Germany (Deutsche Bank; Commerbank e le Landesbank regionali). 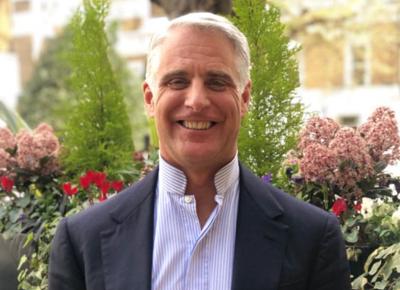 It is not clear why theItaly does not have to adapt. There is too much production overcapacity in a traditional market attacked by Fintech and by the giants of the Web, which have become para-banks. Too much overcapacity e poor profitability. Only the great national champions with the Roe (returns on capital) that they tend to 8-9%. On a smaller scale, profitability halves everywhere in Europe.

THE UNFINISHED ITALY: ONLY TWO BIGS AND A PLOT OF MEDIUM BANKS

Here then is the unfinished Italy. Two giants from A league European and then a kind of emptiness. Intesa Sanpaolo with his over 1,000 billion assets, after the incorporation of where, e UniCredit with his 930 billion. Behind them a kind of desert. The first largest bank in size is Banco Bpm which stops at 180 billion; the chronic limping Mps and a 150 billion and the Bper has assets for 93 billion. 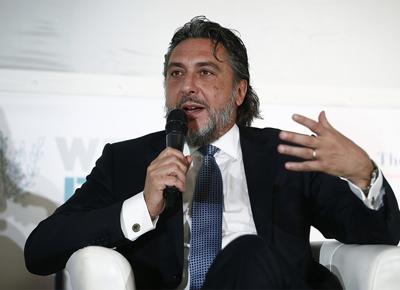 THE THIRD GREAT BANK THAT STILL NOT HERE

As you can see, there is really no third major bank behind the Intesa / UniCredit duopoly. And the ballet between those who buy those, is now daily at least in the declarations and suggestions. Neglected must be secured Mps that despite the rich dowry of the Dta (deferred tax credits) that will go to the buyer it is scary, so much so that it has been on the market for some time without any obvious attraction.

MPS ONLY THE GREAT UNICREDIT CAN ABSORB IT, OTHERWISE STEW

Only a large bank can absorb the Tuscan bank that loses revenue year over year and carries a 10 billion legal dispute. Here, then, has been advocated for months by the GovernmentUniCredit hypothesis, the only one on the field or alternatively go to one stew of Mps to be divided among several banks.

(Continued: Del Vecchio & C’s niet on the Tuscan bank, the third pole, the banking m & a between equals and Bper’s rope)