It is understood that the protagonists in the film are real people, and they also truly present their real life every day. The protagonists in the film are also active advocates of Apple’s accessibility features. They often use social media to Challenge the world’s stereotypes about people with disabilities, but also better express yourself and make your voice heard in every corner of the world.

The most special thing about this film is that not only these protagonists were found to shoot the film, but all the elements in it were completed in cooperation with these protagonists. For example, the music used in the film was produced together with the musicians in the film. The audio track and sound effects required for the video.

In addition, Apple wants to emphasize another thing in the video, that is, “accessibility” is not a function, because all disabled people need different functions, so Apple has developed quite a variety of accessibility functions, hoping that It can meet the different needs of people with different disabilities.

It is worth noting that three new features provided by Apple in iOS 16 and iPadOS 16 are also presented in this video. 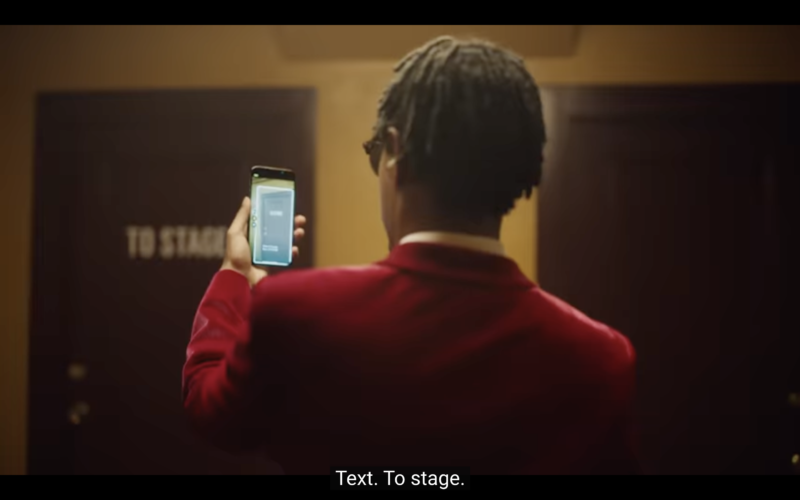 Door detection is a new feature added to iOS 16 and iPadOS 16 this year. This feature can read signs and symbols around the door, such as the cubicle number of the office, or whether there are signs of barrier-free entrances and exits. This new feature combines the power of LiDAR scanners (LiDAR), cameras and on-device machine learning, and will be available on iPhone and iPad models with LiDAR scanners.

According to user feedback, the door detection function is very useful for visually impaired people in unfamiliar environments.

In addition to the door detection function, the detection mode also provides “People detection” function, when iPhone detects people nearby, you will be notified through sound, voice or haptic feedback. Feedback will become more frequent the closer the person is to you.

In addition, the musician also uses the “image description“to improve their quality of life; this function will describe the objects, people, text, etc. that appear in the camera screen, and musicians use the image description function to determine where to put the red jacket they wear when performing . 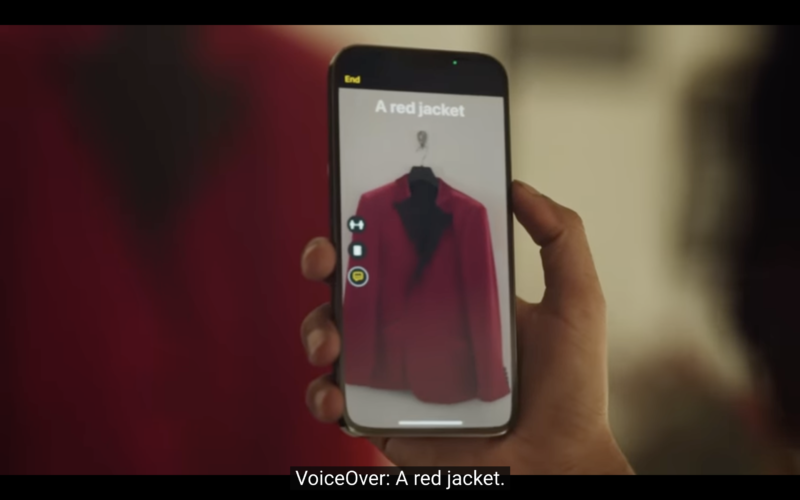 In addition, the video artist in the film uses voice control to control the device every day, for example, to check the weather, view online photos and fan feedback, etc. For people with severe physical disabilities, voice control is a powerful alternative tool for them, replacing touch and typing actions.

In particular, through voice control, users can also set some specific expressions on the Mac to control the device, such as sticking out the tongue, raising eyebrows, blinking, twisting the nose, or tilting the lips to the left/right, through these Expressions are used to control the computer; the artist in the video uses the combination of voice control and expression control to perform the desired operation on the Mac. 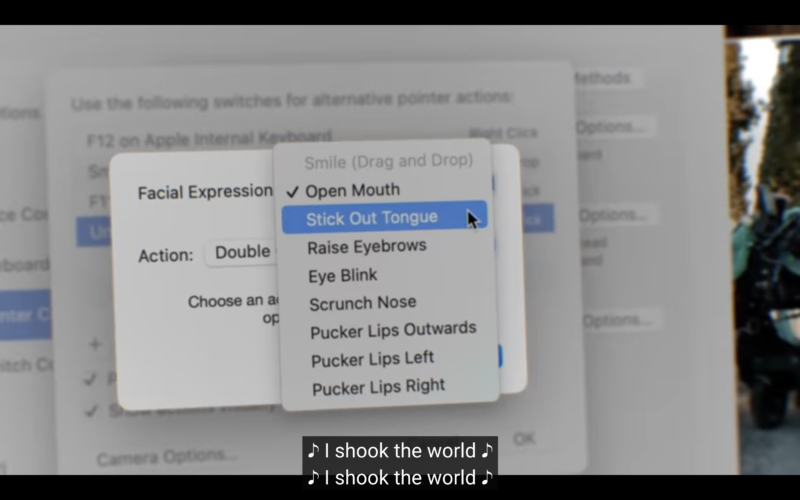 It is also worth noting that watchOS 9 launched this year includes a new feature “mirror output”. such as “Voice Control” and “Switch Control”) to control Apple Watch.

This function is the “white dot” familiar to fruit fans in the past. By pre-setting the custom actions of the assisted touch (click, double-click, long press), the user can use it without specific actions. You can do things like adjust the volume of the device, take screenshots, and more.

In Apple’s philosophy, technology should be able to help improve human rights, not hinder anyone from using it, and the official release of this video on the eve of the International Day of the Disabled is to tell other people with disabilities that they can use the assistance in the device function, to improve the quality of life and express oneself.

(Source of the first picture: cut from the video)