Producing hydrogen at sea, from dream to reality 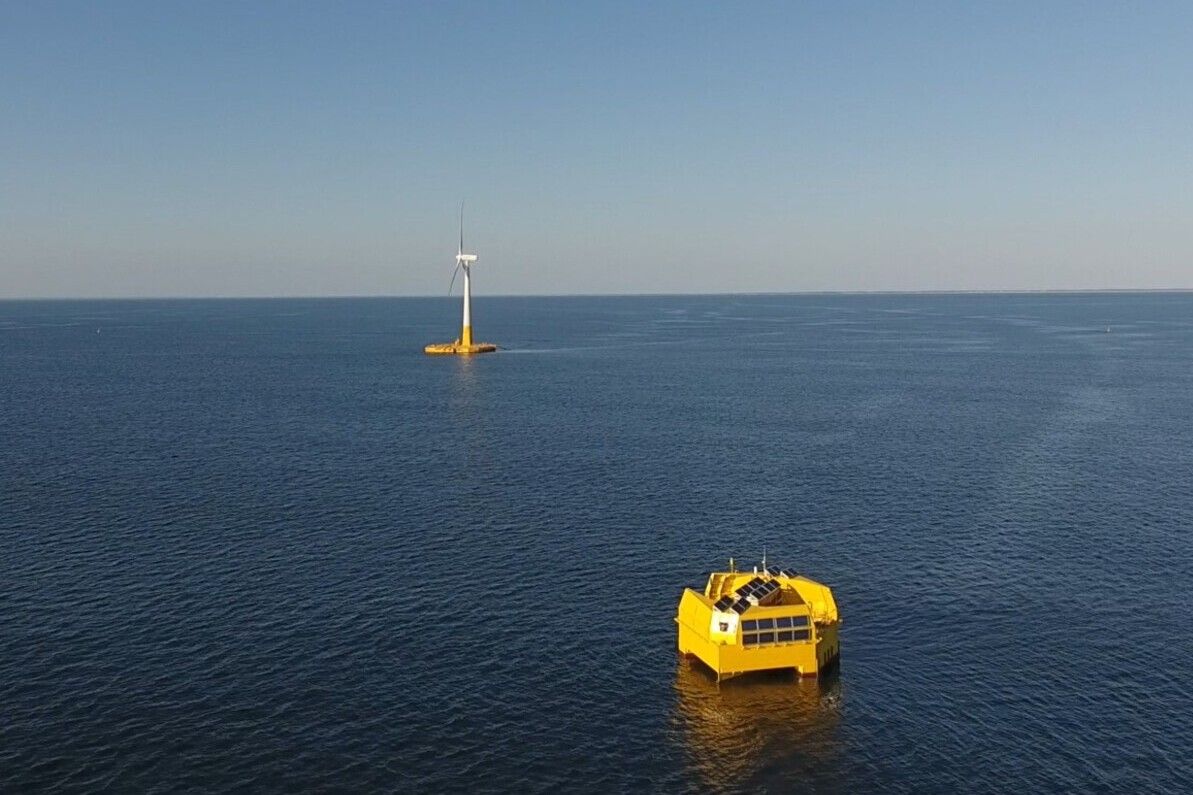 At first glance, nothing special. It is a large yellow barge 15 meters by 20 and six meters high, with containers of the same color placed on it, moored to a quay in the port of Saint-Nazaire, not far from the huge cruise liners under construction. at Chantiers de l’Atlantique.

Designed by Lhyfe, a young company from Nantes created in 2017, which went public in the spring, this platform, entitled Sealhyfe, nevertheless contains a world first: a 1 MW electrolyser capable of producing hydrogen directly from the ocean. In the coming months, it will be connected to a 2 MW floating wind turbine, installed about twenty kilometers off Le Croisic, which will supply the current.

The seawater will be desalinated then purified, before being injected into the electrolyser. Electricity will pass through the water to break up and separate the hydrogen and oxygen molecules. Everything will be fully automated and remotely controlled.

A site is already operating on land

“We had already demonstrated that it was possible to run an electrolyser from intermittent energies, but nobody until now had nobody floated one. We can be faced with waves of 15 meters. And we are wondering about the corrosion of the equipment », explains Mathieu Guesné, the founder and CEO of Lhyfe, in his thirties. The company is not at its first attempt.

Since last year, it has been producing hydrogen from three onshore wind turbines and seawater, another world first, in Bouin, Vendée. Lhyfe supplies buses, dumpsters, but also businesses and a Lidl store that runs its lift trucks on hydrogen. Daily production will increase to one tonne in 2024, compared to 300 kg today, and three other sites (two in France and Germany) are under development.

Sealhyfe, on the other hand, is an experiment, which has received support from the Pays de la Loire region and Ademe. The 400 kg of hydrogen obtained each day will also be rejected. “The goal is to test the hardware before moving on to the next steps and mass production”explains Thomas Créach, the technical director of Lhyfe.

They will arrive quickly. With Chantiers de l’Atlantique, the company will build platforms 100 to 200 times more powerful than Sealhyfe, capable of accommodating very large electrolysers. The first deployments are expected in 2028.

Lhyfe is also working with a Norwegian oil drilling company, Borr Drilling, for the reuse of old platforms in the North Sea. In total, the company, created in 2017, expects 3 GW of offshore electrolyser capacity by 2030.

«The machines will be able connect to existing wind turbines, as it is increasingly common to see farms that cannott evacuate all their electricity, for lack of sufficient capacity to receive it in the onshore networks”, emphasizes Thomas Créach. But wind turbines specifically dedicated to the production of hydrogen could also be installed. “The farther you go from the coast, the more energy you produce, and connecting offshore installations by a pipeline rather than an electric cable costs two to three times less”underlines for his part Antoine Hamon, the deputy general manager of Lhyfe.

Everything is going very fast. The current crisis serves as an accelerator, and billions of euros in subsidies will be granted. “We are going to need huge quantities of hydrogen to decarbonise both industry and mobility, and the sea is an essential deposit. With only 4% of European maritime space, we could produce enough hydrogen to replace natural gas”believes Mathieu Guesné.

Today, most of the hydrogen produced in Europe and which is used in particular in chemicals and the production of fertilizers is obtained from this type of gas.

Germany is also considering launching a call for tenders for the construction of an offshore wind farm to produce only green hydrogen. And the Swedish energy company Vattenfall has announced the development of a project in Scotland. For its part, Lhyfe has just concluded an agreement with WPD, a German wind turbine operator, to connect its offshore park in Storgrundet in Sweden to an onshore green hydrogen production site, with 240 tonnes supplied daily.

Orders are starting to pour in, and the Nantes-based company has just raised its growth prospects. It is now counting on a total installed production capacity of 9.8 GW by 2030, almost twice as much as the forecasts made in April, during its presentations to investors. The objective of the European Commission is to produce 10 million tonnes of green hydrogen by this deadline. This requires installing 125 GW of electrolysers, ie 36 times more than at present.