assault CGIL, “We wanted to do a sit-in”, the investigating judge does not believe him 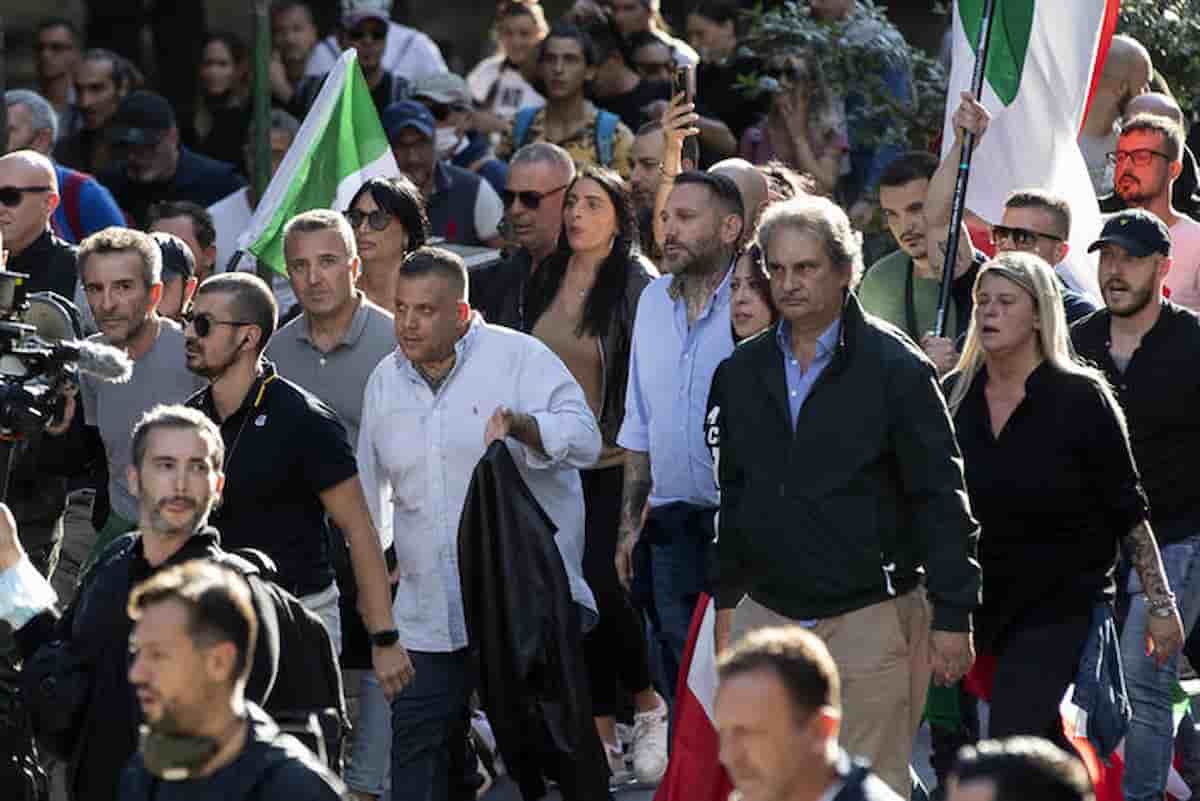 Castellino, Fiore and the others remain in prison. The six arrested perpetrators of the blitz remain in jail at the headquarters of the CGIL and protagonists of the clashes on Saturday in Rome.

Castellino, Fiore and the others remain in prison

This was decided by the investigating judge after the validation hearing, he issued a new order of custody for Giuliano Castellino, Roberto Fiore, both of Forza Nuova, the former Nar, Luigi Aronica, Pamela Tesa, Biagio Passaro by IoApro e Salvatore Lubrano.

“In front of the CGIL headquarters we just wanted to do a sit-in”. This is how the leaders of Forza Nuova, Roberto Fiore and Giuliano Castellino, defended themselves in front of the judge who questioned them this morning by videoconference.

A thesis also supported by some of the others arrested after the devastation of the no-Green pass march in Rome. Words that however did not convince the investigating judge, Annalisa Marzano, who decided to confirm the custody in prison for all.

To the judge who questioned them, Fiore and Castellino explained that their participation in the demonstration in Piazza del Popolo was as ordinary citizens opposed to the obligation of the Green pass and not as political leaders.

“We were in the square to protest against the Green pass but not as Forza Nuova militants because the movement no longer operates,” they repeated to the investigating judge.

The fact is, however, that the neo-fascist organization continued to spread news and communications until a few days ago when the preventive seizure of their website was ordered.

Among other things, there are not a few social profiles of local Forza Nuova offices, from Sicily to Veneto, which continue to spread notes of “solidarity” to those arrested. On their profiles there are also banners displayed in these days in various Italian cities calling for “freedom for the resistant”.

In connection from the Poggioreale prison, Fiore and Castellino also had to answer for the devastation at the CGIL headquarters, arguing that in reality it should have been a simple sit-in.

“Fault of some troublemakers” the leaders of Forza Nuova defend themselves

“Some rioters got out of control and took over,” the arrested defended themselves in front of the judge. The former Nar Luigi Aronica and Giuliano Castellino they claimed that they had never entered the union headquarters while Roberto Fiore specified that he had entered at a later time, when the police officers were already inside.

Meanwhile, investigations continue to reconstruct exactly what happened last Saturday. When, that is, the demonstration has turned into an “urban guerrilla” with “bars and sticks” – as the Prosecutor writes – incited by at least “50 people”. The suspects, which have now risen to thirty, are likely to increase even more. The images and videos of the riots are being examined by the investigators, which will shed light on some still obscure points about the clashes. (HANDLE).