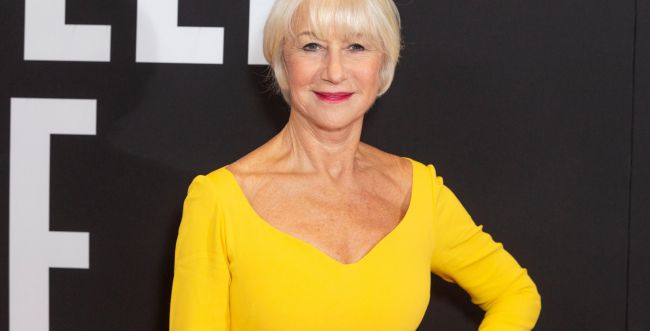 Actress Helen Mirren, who plays in a film that will soon be released by former Israeli Prime Minister Golda Meir, has been receiving antisemitic attacks on the Internet in recent days.

Online talkbackers call her a “racist” and a “well-known Israeli and Zionist fan” after accepting the job. Tweeters on social media described the film as “fascist”, “sick” and “pointless”. One tweeter who wrote that he was a ‘proud Palestinian’ said: “It’s totally sick to do a biography of a criminal like Golda Meir. It’s not surprising that the racist Helen Mirren was happy to play her character.

Another wrote: “Helen Mirren made films about Israel’s first woman prime minister, this is a slap in the face of the Palestinian people.”

The film, called “Golda” takes place during the Yom Kippur War in 1973 and shows the leader’s difficulty coping with both the political events and being the only woman in a male environment.

Miran describes Golda Meir as “an awe-inspiring, intelligent and strong woman.” She said playing Meir’s character was the “biggest challenge of her life.”

The head of the National Security Council, Eyal Hulta: “The Iranian problem is not ours, it is global”

The person who spread the fake version of...

Investigation of the shooting in the set: “There...

to the Ariston generation Z and great returns

Only by your love I! Kamal Haasan has...