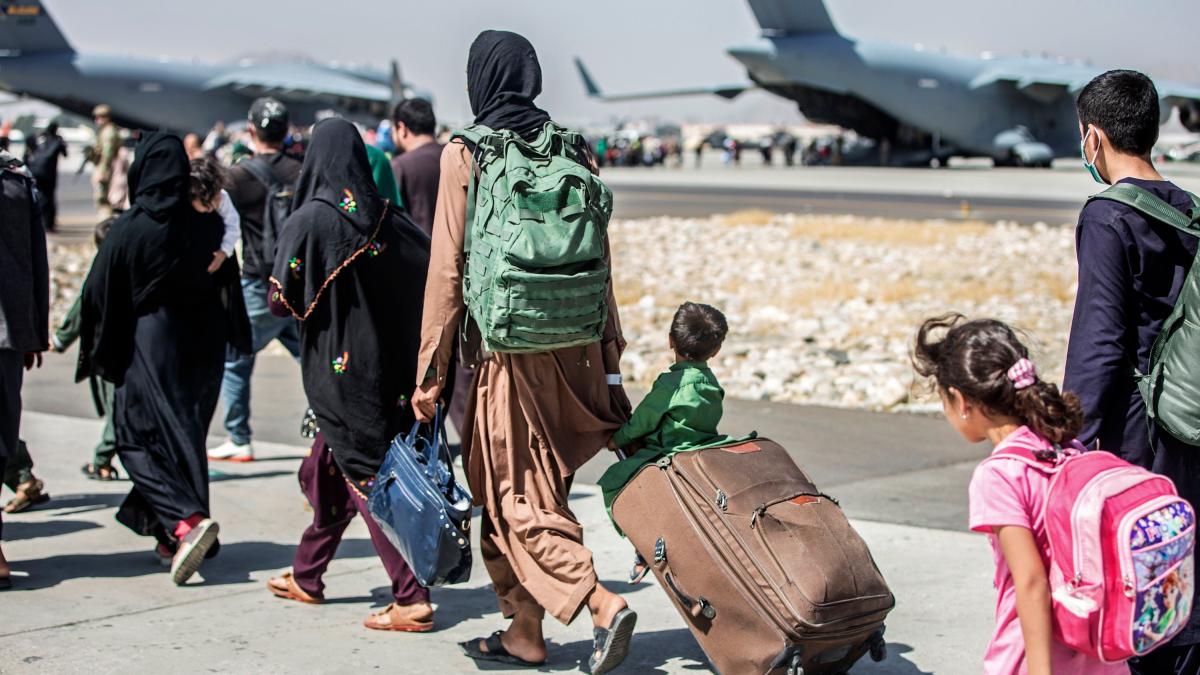 An initiative led by the Green politician Erik Marquardt wants to bring people from Afghanistan to safety. A first evacuation flight is being prepared in detail. Military experts speak of a high-risk project.

AActivists involved in sea rescue in the Mediterranean are planning donation-financed charter flights to evacuate people from Kabul. The Civilfleet-Support association, headed by 33-year-old Green politician Erik Marquardt, claims to have “chartered a plane that we will use to fly to Kabul”.

The new website kabulluftbruecke.de literally says: “The formalities have been clarified, now it’s about the implementation.” Details on the time of the planned charter flight or the size of the aircraft are not given.

So far, the German government has been using A400M military transport aircraft to evacuate vulnerable people after the Islamist Taliban came to power. The missions are considered dangerous. The Bundeswehr aircraft practice special approach maneuvers in order to get within range of guided weapons as late as possible and are also equipped with defensive means that a civil aircraft does not have. It remains to be seen whether a civil charter aircraft would even be allowed to land.

Military experts speak of a high-risk project. At present, the US is still practically in control of the approach to and use of the military part of Kabul Airport. Last Monday alone there were 152 take-offs and landings.

According to US data, a total of 21,600 people were flown out of Kabul within one day. The USA alone carried around 12,700 people with 32 flights of its large C-17 transport aircraft and five flights of the smaller Hercules C-130. There were also 57 flights from other nations with 8,900 passengers.

“Government needs support in the rescue”

From insiders it is heard that there are allegedly talks between the USA and the Taliban that Kabul airport should continue to operate civilly after the requested withdrawal of the USA on August 31, possibly under the protection of the United Nations.

As stated on the Airlift website, as many people as possible should be rescued from Kabul. “The government needs support in the rescue, because we hardly have any time.” The association allegedly has “lists of people who need to be rescued and are in contact with hundreds more.”

Literally: “We see that there are more options for making access to the airport more secure and we expect that these options will be used in the coming days.” As many aircraft as possible are to be organized through donations.

According to its own information, the initiative for the charter flights works closely with the situation center and the operational command. “However, the bureaucratic processes of the German bureaucracy prevent flexibility in many areas, which we can ensure,” says the campaign website.

In a video published on Twitter, the Green politician and chairman of the Civilfleet Support association speaks of the fact that the charter flight to Kabul is “also in consultation with the federal government”. It was not communicated in advance because it should be ensured beforehand that the charter plane can be used. “We want to fly to Kabul as often as possible,” says the video message, which is linked to an appeal for donations.

In the short term, no further information could be obtained from the Green politician Marquardt or the initiative of the airlift. “We are currently busy around the clock with our evacuation flight to Kabul. Please understand that we cannot give interviews at the moment because we simply don’t have the time, ”said the initiative. The Bundeswehr command and control command said that there were no known discussions about specific plans for charter flights to Kabul.

Marquardt was the spokesman for the Green Youth and has been a member of the Bündnis 90 / Die Grünen party council since November 2015. Since the European elections in 2019 he has been a member of the European Parliament as part of the Greens / EFA group. He is chairman of the Berlin association Civilfleet-Support, which chartered rescue ships for civil sea rescue in the Mediterranean through donations. The initiative of the Kabul charter flights that has now been announced by the association is supposedly supported by around 100 initiatives and groups, as a list under the appeal for donations shows.

Deschamps is lost, the problems are getting worse
Posted onSeptember 29, 2022