Hebrew News – Biden on the new variant: “Cause for concern – but not cause for panic”

Biden on the new variant: “Cause for concern – but not cause for panic”

The president said that at some point the United States would see cases of the new corona strain, but noted that he did not anticipate the need for new restrictions, such as closures or additional travel bans

President Joe Biden today (Monday) referred to the new corona strain, Omicron, and said it was “cause for concern, but not cause for panic,” as federal health officials prepare for the first cases to be verified in the United States.

“Sooner or later, we are going to see cases of the new strain here, in the United States. We will have to deal with this new threat just as we deal with those who came before it,” Biden said in a White House speech.

The president noted that scientists and other health care providers are learning more and more about the new variant every day. He said the new travel restrictions from a number of countries, whose administration has been enforced and which went into effect today, give the United States a longer response time.

Biden also noted that in the meantime, the U.S. administration has no plans to impose closures. “We still do not think further steps will be needed,” the president said, but stressed that the issue was not on the table only “for now.” “If people are vaccinated and put on their masks, there is no need to apply a closure.”

The president once again urged Americans to go out and get vaccinated, and get the booster shots, saying it was the best defense against the new strain, as well as any other version. “We have the best vaccine in the world, the best drugs, the best scientists, and we learn more every day. We are fighting a new breed by rapid scientific action – not chaos and confusion,” he said.

“Today we have more tools to fight the new strain than ever before, from vaccines to boosters to vaccines for children, ages 5 and up,” Biden added. 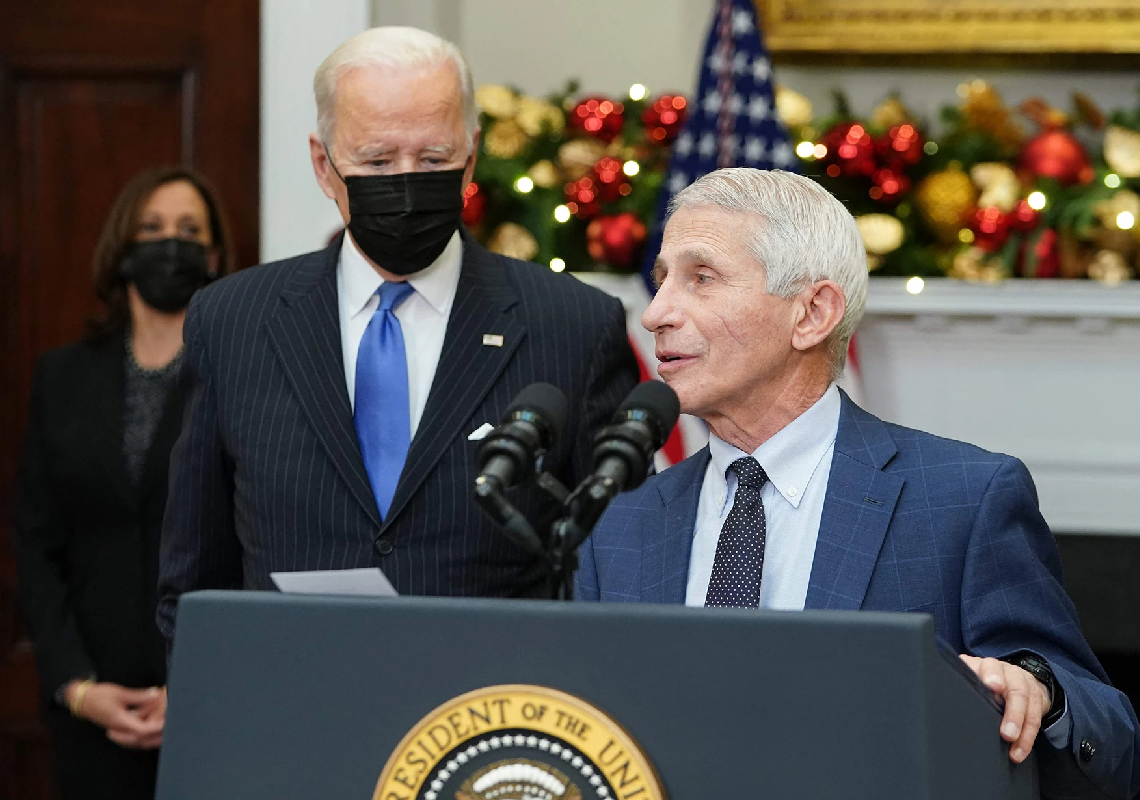 Dr. Anthony Pauchi, at a briefing at the White House (Photo: Getty Images)

The World Health Organization (WHO) called the omicron strain a cause for concern, which led some countries, including the United States, to restrict travel from South Africa – where a version was first identified. However, Biden said he does not anticipate a travel ban from other countries where the new strain has been identified. “The extent of the spread affects whether there is a need to restrict any travel or not, but I do not anticipate that at this stage.”

The president also praised South African scientists for their transparency and quick work in identifying and reporting on the new version, even though officials believe there are more cases around the world than are known these days. “We should be encouraged and applauded, because it increases our ability to respond quickly to all the new threats, and that is exactly what we have done,” the president said.

Biden’s team briefed him with all the information on the new variant, saying it would probably take a week to two weeks to know more about this version, including whether antibodies are effective against it. Dr. Anthony Fouchi, the White House’s chief adviser on fighting the virus, also said on Sunday that he hopes scientists will soon be able to determine if the new variant is resistant to current vaccines, noting that it is too early to know if omicron causes more severe disease than other strains.

Do you want to add 2 doses and booster? Serum company decision .. Who needs it? | Serum asks permission for Covishield Booster dose amid Coronavirus Omicron concern

Houthis, criminals behind blasts to be punished, UAE...

Watch: Iranian children celebrate and dance at the...

A 50-year-old was killed while walking with her...