Hebrew News – High school shooting incident in Michigan: The death toll has risen to 4, the identity of the shooter has been revealed

Michigan High School Shooting Incident: The death toll has risen to 4, the identity of the shooter has been revealed

On Wednesday morning, Michigan law enforcement announced that 17-year-old Justin Schilling had died of his wounds, making him the fourth person killed in the tragic incident. Shortly afterwards it was announced that the shooter is 15-year-old Ethan Crumbley

15-year-old Ethan Crumbley is the student who opened fire on a high school in Michigan and murdered four of his classmates, as revealed recently by the local prosecutor’s office.

During the night, law enforcement officials released the names of the three students killed in the shooting: 16-year-old Tate Meyer, 17-year-old Hannah Saint-Juliana and 17-year-old Madison Baldwin. Shortly before the indictment against Crumbley was uncovered, Michigan authorities announced that another student – 17-year-old Justin Schilling – had died from his wounds.

Crumble is now charged with carrying out a terrorist attack, four counts of first-degree murder, seven counts of attempted murder and 12 counts of possession of a weapon during a criminal offense.

Evidence shows that the Oxford High School shooting was “absolutely premeditated,” and charges are being considered for both of the teen suspect’s parents, Oakland County Prosecutor Karen McDonald says https://t.co/UBAj46j5cj pic.twitter.com/smoUftdVOs

As we reported this morning, Michigan law enforcement even revealed that the weapon used by Crumbley – a 9mm Sight Sauer semi-automatic pistol – was purchased by his father last Friday. Together with the FBI Office in Detroit, sheriff’s officials raided the shooter’s home last night and confiscated a number of crumble weapons and personal belongings, including a computer and a cell phone.

“We have a mountain of digital evidence indicating that the shooting incident was pre-planned, we are sure of that,” said the McDonald Foundation, the district attorney general, who added that the shooter’s parents may also be prosecuted. 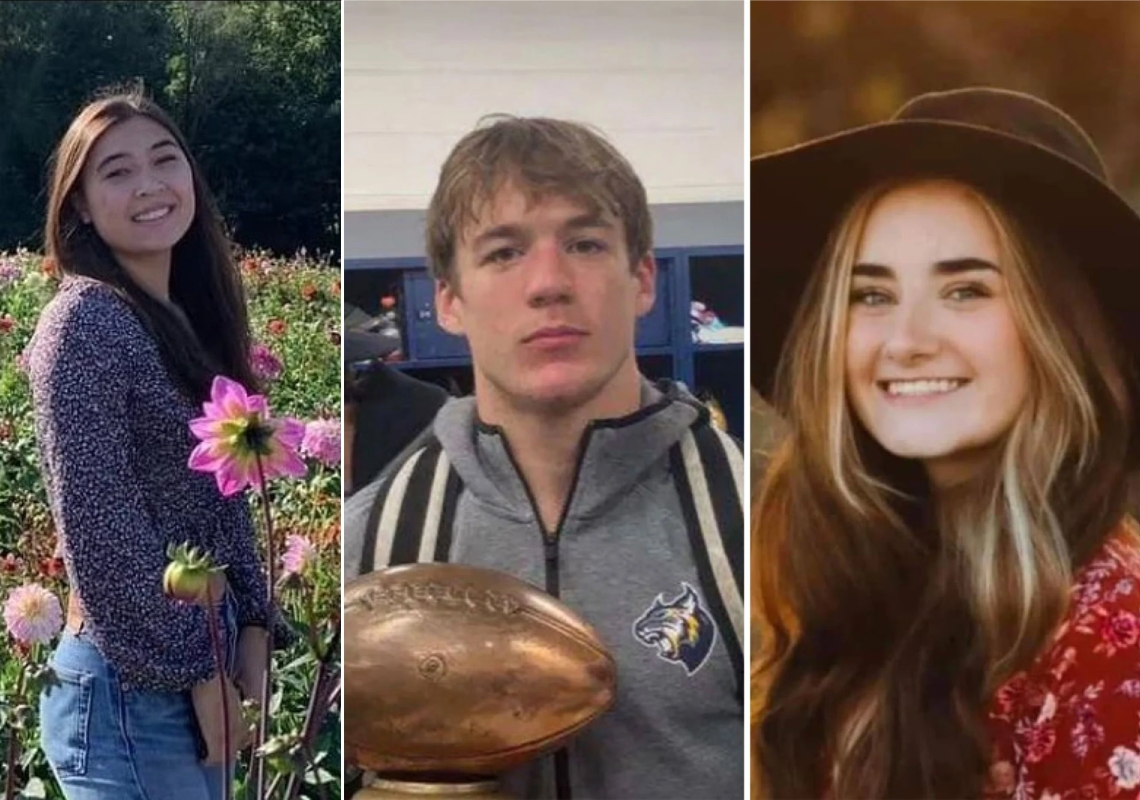 Three of the four students killed in the incident, from right to left: Baldwin, Meyer and Saint-Juliana

Initially, initial reports of the Oxford High School shooting incident – about 60 miles north of Detroit – were received yesterday (Tuesday) around 1:00 p.m. (local time). According to the Auckland County Sheriff’s Office, more than 100 students and teachers called the emergency center. Police 911 and reported the shooting.

District Attorney Michael Bouchard said the shooter consulted with his parents and chose to maintain the right to remain silent: “The man who can reveal the possible motive for the incident is not talking to investigators,” he said.

The sheriff further explained that a teacher who was injured in the shooting incident was released to his home, but there are seven students – including a 14-year-old girl – who are still hospitalized.

The Association of Pediatricians returns: it recommends not...

$ 3 Million in Lucky Shake with Email...

NASA chief at international space conference: “It is...

Focus on Putin: American threat in trying to...