Johnson, Castex and Jansa receive the first dose of the AstraZeneca vaccine 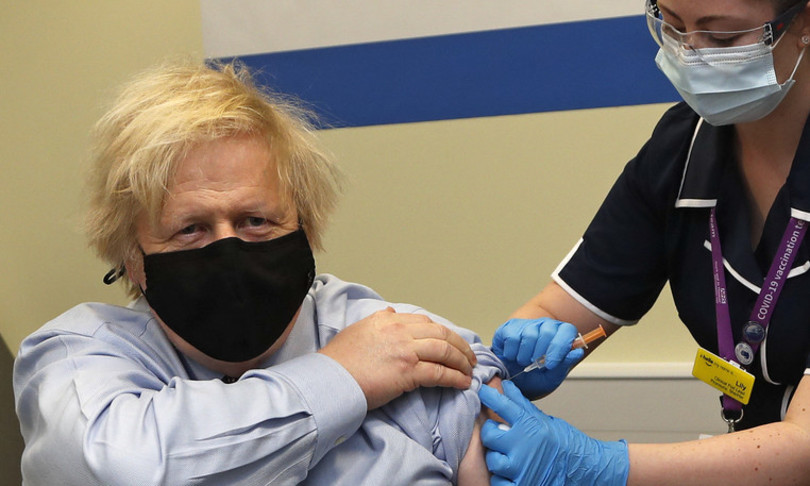 Time.news – The British Prime Minister, Boris Johnson, the Slovenian one, Janez Janša, and the French one, Jean Castex, received their first dose of AstraZeneca vaccine today. All three said they wanted to promote trust among the population after EMA gave the green light to the product of the Anglo-Swedish company.

Three new examples to follow the statements of the Italian counterpart, Mario Draghi, also in favor of receiving the dose of the vaccine. “I have not made the reservation, but there is no doubt that I will do the Astrazeneca vaccine.”

And to the question, ‘Was it a mistake to stop the vaccine campaign?’, The premier replied: “No, many scientists had different opinions, but the decision was not made for imitations or for German interests. No, there is none. it is nothing of the sort, there is only the responsibility of a government that wonders if it can go ahead with vaccination. It must also be said that there has been a drop in vaccinations, but only for one day: they dropped from 150,000 to 100,000, then offset by the use of other vaccines. There has been a slowdown but it hasn’t been disastrous. “

The call is also answered by the German Chancellor, Angela Merkel. “Yes, I get vaccinated with AstraZeneca” he announced at the end of the videoconference meeting with the Laender on the situation of the coronavirus pandemic.

“When it is my turn based on the priorities set, I would do it anyway,” explained the Chancellor. Merkel, however, defended the choice of the precautionary suspension in the administration of AstraZeneca: “I doubt that the decision has caused great damage”, said the chancellor in response to a question.

BoJo wanted to thank “all the scientists, medical staff and volunteers who have contributed to making this possible”. The photos of the inoculation were posted on Twitter with the prime minister reiterating that “the vaccine” is “the best thing we can do to get back to the lives we miss so much. Let’s do it.” During the first wave of the pandemic in April last year, Johnson was infected and hospitalized.

Thank you to all of the incredible scientists, NHS staff and volunteers who helped make this happen.

Getting the jab is the best thing we can do to get back to the lives we miss so much.

Let’s get the jab done. pic.twitter.com/mQCTMAkB8d

Castex underwent the injection in the Begin hospital in Saint-Mandè, just outside Paris. “I have not felt anything, even if I am quite delicate,” he commented immediately after. The vaccination came shortly after the High Authority for Health (HAS) gave the green light for the resumption of AstraZeneca vaccines in the country.

Prime Minister @JJansaSDS the day after the decision @EMA_News, which announced yesterday that AstraZenece is safe and effective, has been vaccinated against #COVID19. #CepimoSe pic.twitter.com/mhpxbzLtHx

Shah Rukh Khan performed Umrah in Makkah; What is the difference between Hajj and Umrah?
Posted onDecember 3, 2022

Everyone is sick on the set of Dad, even the dog who came to act has diarrhea – Alencier
Posted onDecember 3, 2022
Menu