Nuclear, ten years after Fukushima. “Among the safest energy sources” 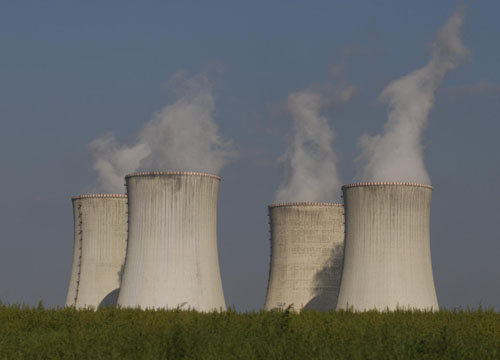 Ten years later Fukushima, still reflects on the role that nuclear energy can play in Asian societies and beyond. The picture is large and complex. In addition to the devastating impact of events, the collective imagination also weighs, which tends to inevitably associate the term nuclear with “risk” and “danger”. On the occasion of the tenth anniversary, Business Italians interviewed Professor Marco Enrico Ricotti, expert on nuclear energy of the Politecnico di Milano, who explains that if on the one hand “it is always useful to remember that zero risk does not exist in any human activity”, on the other “despite the exceptional nature of the natural event, Fukushima-Daiichi accident could have been avoided or at least managed better, as demonstrated by the two neighboring power plants of Onagawa and Fukushima-Daini, which withstood both the earthquake and the tsunami without problems ”, says the professor. “If we don’t let ourselves be guided by emotion or prejudice but look at the data, then nuclear and renewables are the safest energy sources”, continues Ricotti.

The trouble main linked to nuclear power, Ricotti affirms, “is its perception and the story that is made of it, often not adequately supported by adequate technical-scientific information”. Moreover, in the post-Fukushima, in terms of safety “The nuclear sector has imposed changes and improvements in at least three aspects: the ability to respond also to unforeseen events and scenarios, with new technological and organizational means, the strengthening of the independence of the safety and control bodies, the improvement of processes transparency and information and the involvement of the population. Finally, in the new generation reactors currently under construction, the strategy of “passive safety systems” is often adopted, which do not require electrical power and human intervention, and therefore could have worked even in a Fukushima-type scenario “.

And who decides to to brake and to close, underlines the expert, “is understandable”. But the choice “is certainly more emotional than substantiated by technical-scientific data. And it doesn’t just touch Tokyo and Taiwan. But Germany also needed an “Etik Kommission” (no scientist involved) to justify the closure of half of the nuclear power plants and the exit from nuclear power. And Italy had a referendum ready before the accident ”.

If the word “opportunity”, The future outlook could change. “By now also the IPCC (Intergovernmental Panel on Climate Change), which we know well for its activity of studies and information on climate change, and the IEA in their reports – declares Ricotti – indicate him as an important player, together with renewables, in the contribution to the reduction of greenhouse gas emissions. Imagine what would happen in our continent, if 27% of the electricity produced today by nuclear power plants were to be replaced in a short time by fossil sources or renewable sources: in the first case, we would significantly increase the emission of CO2 equivalent into the atmosphere, in the second case we would create unmanageable problems for the European electricity grid and we would have to invest considerable public financial resources ”.

Instead, concludes the expert, “nuclear and renewable can coexiston the contrary, nuclear power could favor the growth of renewables, guaranteeing a certain and programmable production of CO2-free energy. Especially when new technologies such as Small Modular Reactors are available, simpler and cheaper to build and more easily coupled to renewables, hydrogen production and cogeneration. The first reactors will be built in this decade ”.