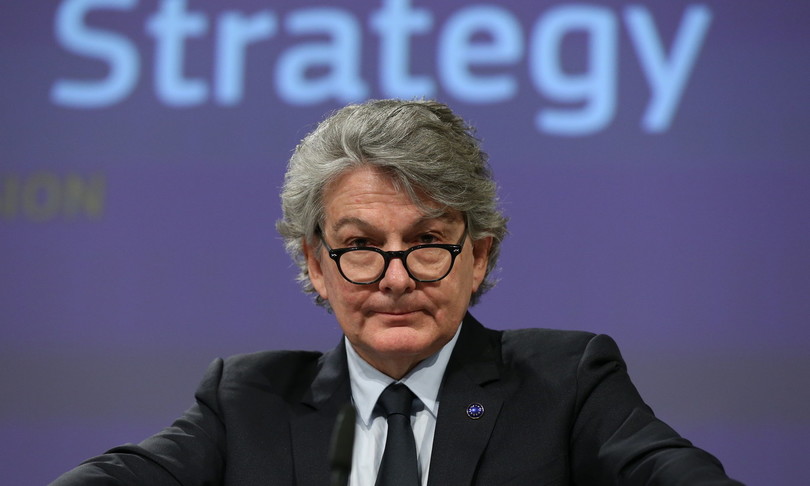 Time.news – The planned new cuts in supplies of coronavirus vaccines announced by AstraZeneca are “unacceptable or, at least, incomprehensible” but they do not change the vaccination plans of the European Union, also because Pfizer, on the other hand, is producing more serum than expected . This was stated by the European Commissioner for the Internal Market, Thierry Breton, in an interview with radio Europe 1. “When you sign a contract that goes far beyond the commercial dimension, given the importance of the products, if there are inconsistencies, it is up to me to report them and to the board of directors to take the necessary measures, “said Breton. “67 million doses have been distributed in Europe and in three weeks we will have more than 100 million, an unprecedented rate”, added the EU commissioner.

The European Commissioner for the Internal Market, Thierry Breton, hoped that the EU vaccination passport, referred to as the “digital green certificate”, is put into service “before June”. The document “will be free, available in the language of each country of origin. It will be safe, secure and valid in all EU countries”, explained Breton in an interview with Europe 1, “must contain precise but simple information: vaccination , cure or negative test. It will be in electronic or paper format. “

Then on on the appointment of Mario Draghi as President of the Italian Council, which Breton called a “good choice” and “I am very happy that he accepted this role”. “A few days ago I was in Italy”, added Breton, “the bars and restaurants were open, unlike what happens for example in France. Draghi has decided to close them for three weeks”. Regarding his recent meeting in Rome with the Minister of Economic Development, Giancarlo Giorgetti, Breton spoke of a “constructive” meeting. “What I can tell you is not Marine Le Pen, she is familiar with the arguments,” Breton stressed.