restart with the vaccine from Thursday if there is the OK of Ema- time.news 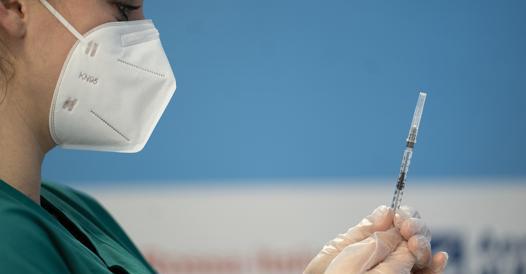 In the event of a positive conclusion of the Ema analysis on the AstraZeneca vaccine, the Italian Prime Minister, Mario Draghi, and the President of the French Republic, Emmanuel Macron, I’m ready to restart the administration quickly. what emerged at the end of today’s conversation between Draghi and Macron, according to a note from the presidency of the council of ministers. The analysis of the European Medicines Agency (EMA) expected Thursday 18 March. The temporary and precautionary suspension of the administration of AstraZeneca doses should therefore not last longer than four days.

The suspension will be reabsorbed over a couple of weeks

Immediately, the precautionary and temporary suspension of the administration of AstraZeneca had raised concerns about its impact on the progress of the vaccination plan, which aims to immunize 80% of Italians by 20 September. From Palazzo Chigi they let it be known that the extraordinary Commissioner for the emergency, the general Figliuolo, investigated the matter. The duration of the suspension, according to what the extraordinary commissioner has announced, can be estimated in a total of four days (from Monday 15 March to Thursday 18, the day on which the pronouncement of the EMA and therefore AIFA is expected). As for its impact, it can be estimated at 200,000 fewer vaccinations. In case of resumption of AstraZeneca administration starting from 18 March, Palazzo Chigi says, the slowdown could be reabsorbed within a couple of weeks, also thanks to theincrease in the quantity ofPfizer vaccine estimated at 707,850 doses, we learn from sources of Palazzo Chigi.

The suspension of the AstraZeneca vaccine: insights

The vaccine suspended in Italy, France, Germany and other countries

The halt to the use of AstraZeneca vials for the vaccination campaign was decided in Italy, France, Spain, Germany, Luxembourg and Slovenia on March 15, in via temporary and precautionary, after some cases of thrombosis occurred in recently vaccinated subjects (here the details and numbers). Previously, other European countries had also suspended vaccinations, while other states – such as Great Britain and Canada – continue to use the AstraZeneca vaccine regularly.

Ema reiterated that the benefits of the AstraZeneca vaccine always outweigh the risks. The confirmed cases of thromboembolism following AstraZeneca vaccine administration as of 10 March were 30: the number underestimated because further cases were reported even over the weekend (all the details here), but for the moment there is no indication that the vaccine caused these conditions.

AstraZeneca also released some safety data and its vaccine. So far across Europe and the UK they have been vaccinated over 17 million people. Among them, the company says, there were 15 events of deep vein thrombosis and 22 events of pulmonary embolism reported among those who have been given the vaccine (data updated to 8 March). Numbers, AstraZeneca points out, are lower than would be expected to occur naturally in a general population of this size. The annual incidence of thromboembolism of one case for every 1,000 inhabitants he explained to Courier service Andrea Cossarizza, full professor of General Pathology and Immunology at the University of Modena. In Italy we can expect approx 60 thousand cases a year, 1,150 a week, 166 a day.