The webinars on the theme of the “Future of Milan”. The Association Milan Steam continues with his webinars addressing Wednesday 7 April at 6.30 pm live the theme of smart working and of the not always appreciable consequences that it is creating on the habits and health of workers, individuals, students and children. The president of the association, the lawyer Giampaolo Berni Ferretti, after the first interventions on the urban space organized in recent months, commenting from various angles on the territorial changes that may characterize the city of Milan in the future, in April changes the theme and begins to talk about citizens, their expectations and fears for the future. Last week we talked about the center of Milan and how in recent years the interest of the current municipal administration in improving the life of the suburbs, certainly commendable, has led to almost completely neglect the historical and cultural values ​​of the city center. The next Wednesday 7 April let’s go deeper trying to understand how the disruption of habits given by lockdown, smart working, distance learning, have also touched the inner balance of citizens.

Giampaolo Berni Ferretti, born on April 17, 1974, attended the Faculty of Law of the University of Milan, where he graduated in 2004, discussing a thesis in Commercial Law on “Heterogeneous Transformations”, supervisor Prof. Piergiusto Jaeger. In 2011 he obtained a similar degree from the Catholic University of Avila in Spain; since 2010 he has worked and still carries out the legal activity in Milan. As President of the Association Milan Steam he is committed to predicting the near future of the city, comparing the opinions of many personalities in the one he defines “The third evolutionary phase of Milan that follows the current one of services and the previous one, the industrial one: the phase of culture”. During the next debate, of which he is the promoter, he will continue in the direction of involving citizens in the search for the best solutions and the best projects to build the best future for the city. 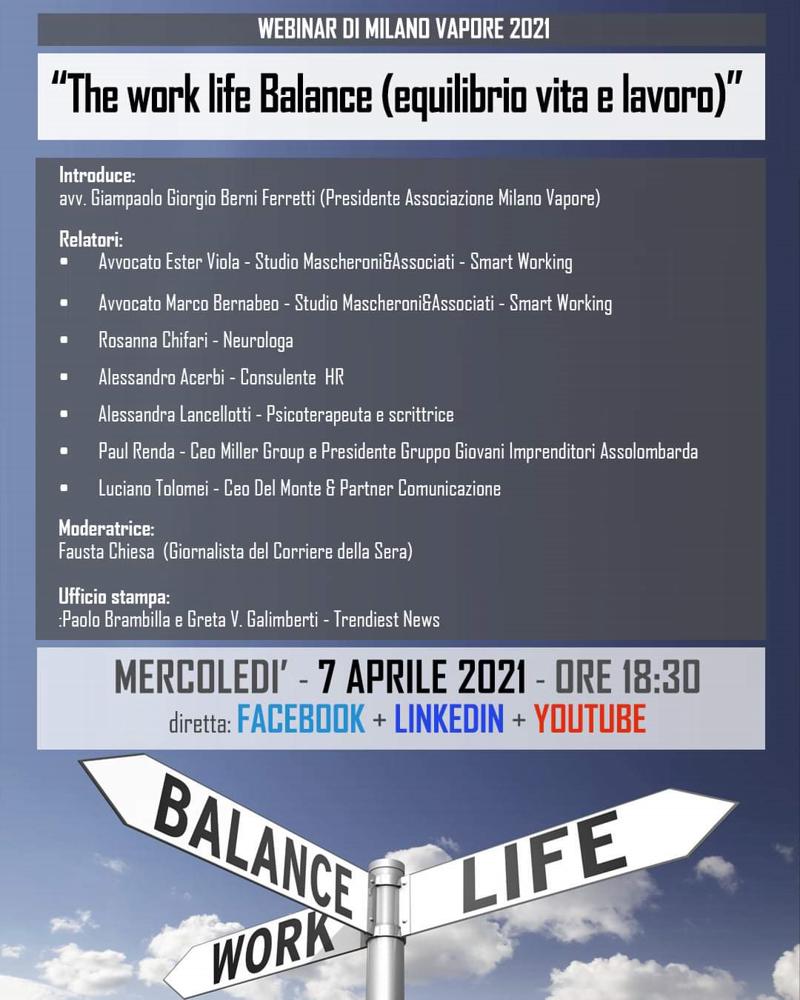