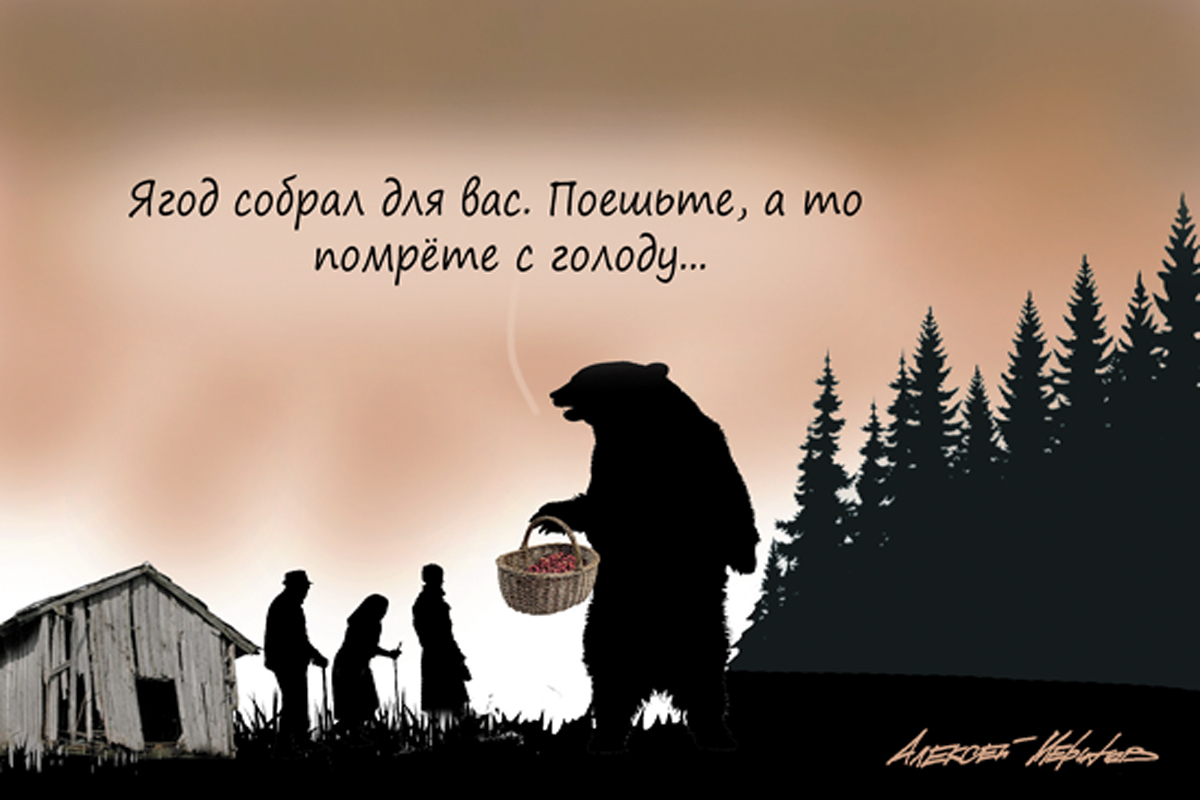 Instead of real curbing food prices, the general agrarian community has recently taken care of preparing a truly “people’s program” for the revival of the domestic village. It is understandable: elections to the State Duma are on the way, every vote is important. All villagers need to be shown that the Motherland hears and the Motherland knows about agrarian problems. And that with the adoption of the new program (it is also called the new agrarian policy, almost like NEP under Lenin), things in the countryside will go well.

As you know, Vladimir Putin raised the issue of integrated and sustainable development of the village before the government in the fall of 2018. He ordered to prepare such a program so that it could take into account all the points – not only on milk yield or egg production of chickens, but also on the development of rural infrastructure, the construction of schools and outpatient clinics, roads and kindergartens. In general, so that in the village everything was like in the city, and even better. After all, all this beauty should sparkle not against the background of dull urban high-rise buildings, but in a real rural outback, where forests and fields, lakes and rivers.

Such a program, of course, was drawn up, it came into effect in 2020. And that year, 160 billion rubles were allocated in the budget for its implementation.

But in the same year, for some reason, it was reduced … to 30 billion, more than 5 times. It is clear that there is no need to talk about any serious implementation of the provisions of the document (on the construction of rural schools, hospitals and cultural centers for young people).

Meanwhile, the number of rural residents themselves in Russia is becoming less and less. At the meeting, which was listed as a strategic session, it was noted that over the past 10-15 years, out of 150 thousand rural settlements were completely depopulated (there was not a single person and, accordingly, not a single chicken in the yard) 20 thousand! About 5 million people left the village.

If all rural settlements (excluding those 20 thousand that are not already on the lists) are scattered with this money, then it will turn out to be about 200 thousand rubles per village. At current prices for building materials, you can buy only a car of planed boards.

This year, the budget has again reserved 30 billion rubles for the village. And for the next two years, approximately the same budgets are planned.

Maybe such billions were really allocated and directed, only their intended purpose is not spelled out in a separate line, the money is spent on a leftover principle: if there is anything left, then something will be transferred to the village.

In a word, there are a lot of problems in a modern village, wherever you throw it – there is a wedge everywhere.

– In order to keep money for the development of the village in one fist, Russia needs to have two agrarian departments, – says Igor Abakumov, candidate of economic sciences, host of the Rural Hour program. – One would deal with purely production problems, and the other – the development of social infrastructure in the countryside. Otherwise, our allocated funds will be smeared on a plate.

However, such an item does not appear in the program of the “new agrarian policy”. It was decided to focus on affordable housing in the countryside, attracting young people there, developing production and stimulating business.

But these accents in every line were also included in the previous rural programs! How effectively are they implemented – that is the question?

Business development in our country is limited to providing soft loans to large agricultural producers. And farmers and small businesses receive such support measures in one case out of 10.

Affordable housing? Last year, in 55 regions of Russia, a preferential rural mortgage program was launched at 0.1-3% per annum. Much better? Build a house in the countryside and work on the farm or in the field. However, according to the results of the audit of the Accounts Chamber of the Russian Federation, only 17% of the workers of the agro-industrial complex were able to use it – together with rural teachers, doctors and cultural workers. And more than 50% was spent on “improving living conditions” for residents of … cities. True, with the indispensable condition that they register in the village, in their nest. But registering does not mean working there. In the city, in the office, it is quieter, and the salary is higher.

It seems that the issue of attracting young people or townspeople to the village disappears by itself – with the current level of funding for “sustainable development”. And here the program, whatever you call it – whether it is a popular, a new agrarian policy – the result, unfortunately, will be the same: further “desertification” of our villages ..

Many experts believe that today in Russia, by and large, only the concept of rural areas remains. And the rural authorities – village councils, local governments, which promoted their interests – have been gone for a long time. Everything went to the city districts and administrations. And there they decide everything in only one favor – in their own …