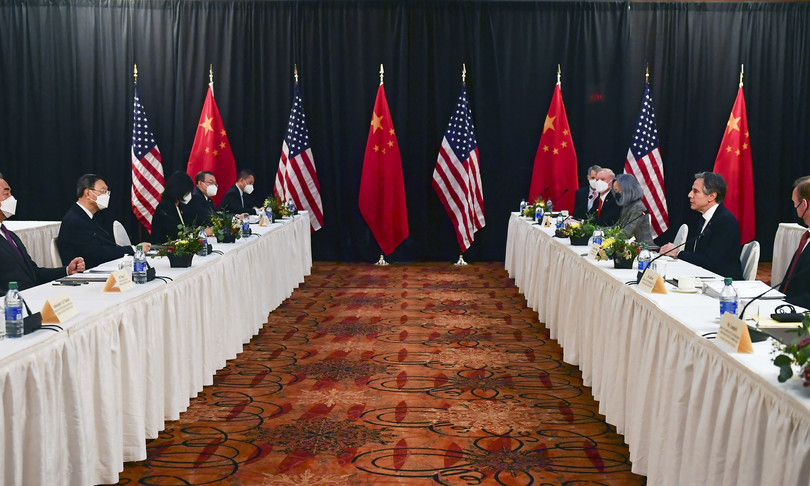 Time.news – It started uphill there ‘two days’ in Anchorage, Alaska, between the leaders of US and Chinese diplomacy, the first summit of the Biden era. The US has accused China of “threaten” world stability, Chinese envoys threatened “decisive action” in response to “American interference“.

“We will discuss our deep concerns about China’s actions in Xinjiang”, where Washington accuses Beijing of “genocide” against Uighur Muslims, “Hong Kong, Taiwan, cyber attacks against the United States and economic coercion against our allies” , attacked the head of US diplomacy, Antony Blinken; “actions – he continued – that threaten the law-based order that maintains global stability. Yang Jiechi and the Foreign Minister, Wang Yi, who are the highest officials of Chinese politics, urged the United States to” abandon the Cold War mentality “.

The United States does not want a “conflict” with China but is in favor of “tough competition,” added National Security Advisor Jake Sullivan. “We will always stand up for our principles, for our people and for our friends.”

China and the United States meet in Alaska to try to break the ice of a relationship that suffers from years of tension, even if it is difficult to assume a change of course at the moment.

On the horizon there is the possibility of a meeting, next month, between the two heads of state, the US president, Joe Biden, and his Chinese counterpart, Xi Jinping. China aims to organize the summit on April 22, on the occasion of Earth Day. The summit, according to sources cited by the Wall Street Journal, will be linked to the outcome of the talks in Alaska, and will focus on one of the rare fields of possible agreement between the two shores of the Pacific, namely the commitment to reduce the emission of greenhouse gases and counter climate change.

The expectations on the dialogue have already been resized on the eve. For Beijing, the meeting will be an opportunity to press on the removal of tariffs and sanctions imposed during Donald Trump’s tenure in the White House, while Washington wants to warn China of the concerns that the United States and its allies and partners have about its policies. . .