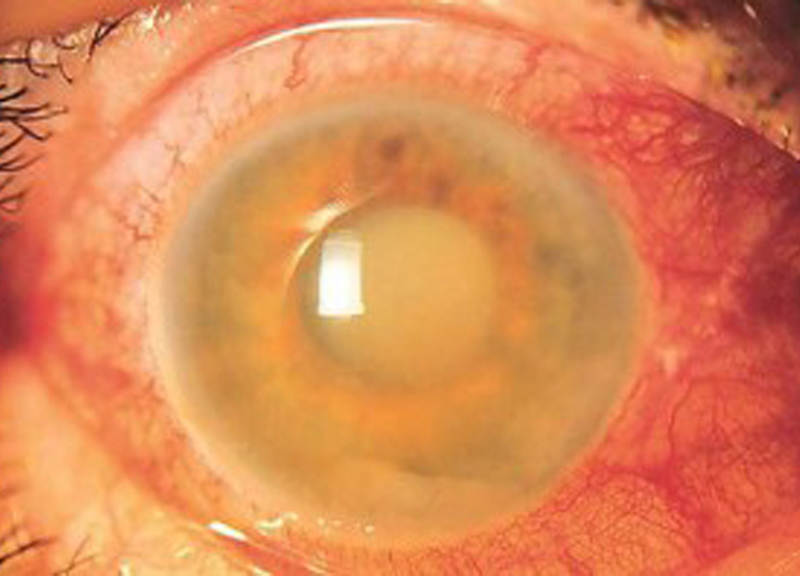 Glaucoma is the second leading cause of blindness in industrialized countries, after cataracts. It is called the “silent thief of sight”, and is the second most widespread ocular disease, with about 55 million patients worldwide.

The pathology is almost asymptomatic up to the most advanced stages, precisely for this reason it is estimated that one in two patients does not even know they have it. Since prevention remains the best weapon to intervene in time and mitigate its effects, every year the World Glaucoma Week, this year from 7 to 13 March, becomes a very important occasion to raise awareness on the issue and invite periodic checks.

“Glaucoma is a pathology that affects the optic nerve and generates irreversible damage first to the visual field and then to the sight. It is an abnormal condition in which the liquid part that is produced daily inside the eye and that defines the ocular tone, the aqueous humor, is in excessive quantity or is not balanced correctly. It is a malfunction of the fluid drainage which consequently causes an increase in the pressure inside the eye. In the long run, the pressure compresses the nerve fibers and damages the optic nerve head, the papilla. Deterioration leads to permanent vision impairment ”explains Dr. Claudio Savaresi, Head of the Ophthalmology Unit of the San Marco Polyclinic – Zingonia (BG); CBV Director, Palazzo della Salute, Sant’Ambrogio Clinical Institute – Milan; Scientific Responsible VISTASystem Ophthalmology Research Center – Milan.

What are the symptoms to watch out for?

“The increase in pressure, in itself, does not cause obvious disturbances, they occur when there is actual damage to the optic nerve, with a lower perception of the intensity of the colors and then with the reduction of the visual field. It, first of all, concerns the peripheral portions and gradually expands, compromising also the central vision ”explains Dr. Savaresi.

However, one in two people are unaware that they have glaucoma. In many cases, in fact, the symptoms appear only in later stages and when there is permanent damage. This is why periodic visits and prevention are precious allies to be cured in time. We must not forget, in fact, that if the effects of the disease are irreversible, early diagnosis can prevent vision loss. “During the specialist visit, in fact, tests such as the control of the pressure of the fluid contained in the eye, the measurement of the corneal thickness and the examination of the optic nerve allow to identify glaucoma in its initial phase, even if it is still” asymptomatic ” . In doubtful cases, more specific, non-invasive tests can then be carried out. The specialist diagnoses the presence of glaucoma when there are, in the clinical picture, three elements: reduction of the visual field, increase in pressure, accentuation of the physiological excaviation of the optic disc. They must be present at the same time, ”he explains.

Preventing the disorder or intervening early is the most effective weapon, which is why the advice is to make an appointment with the ophthalmologist at least once every two years, if you do not have particular problems. After the age of 45, however, it is advisable to see the specialist once a year, because age can also be a predisposing factor. There are also other characteristics to look out for regarding risk factors. For example, if you have relatives with glaucoma or diabetes, it is good to have extra attention. Other factors can be high myopia or hyperopia, depending on the case. Care must also be taken in case of previous ocular trauma.

Unfortunately, with the pandemic, eye examinations have suffered a drastic decline, because they are considered not urgent and for fear of contracting the virus. “However – Dr. Savaresi warns – timing such as one year can be crucial to intervene effectively. The advice is to always be checked, without fear, also because in the clinics, hospitals and individual doctors’ offices all the necessary precautions are taken to avert contagion. World Glaucoma Week and the numerous related initiatives can be an excellent push to get a checkup “.

Can glaucoma be cured?

Unfortunately, glaucoma cannot be completely cured but an early diagnosis allows you to keep it under control and prevent worsening, guaranteeing the patient a normal life.. “Today there are many therapeutic paths aimed at effectively intervening on the different forms, let’s not forget, in fact, that there are different types of glaucoma, each with different treatment needs. There are various protocols: from the medical form, to medical therapy, to the para surgical form (laser) to the surgical one. Unlike years ago, today we can achieve excellent results. However, the patient plays a fundamental role both in preventive and periodic control and in following the therapy correctly. For example, it is very important to make sure that, in case of administration of drops, they are taken at the right times and in a complete manner. Only with the complete collaboration of the client and his / her trust in the specialist is it possible to begin a path aimed at maintaining visual capacity and ocular well-being ”concludes the Professor.