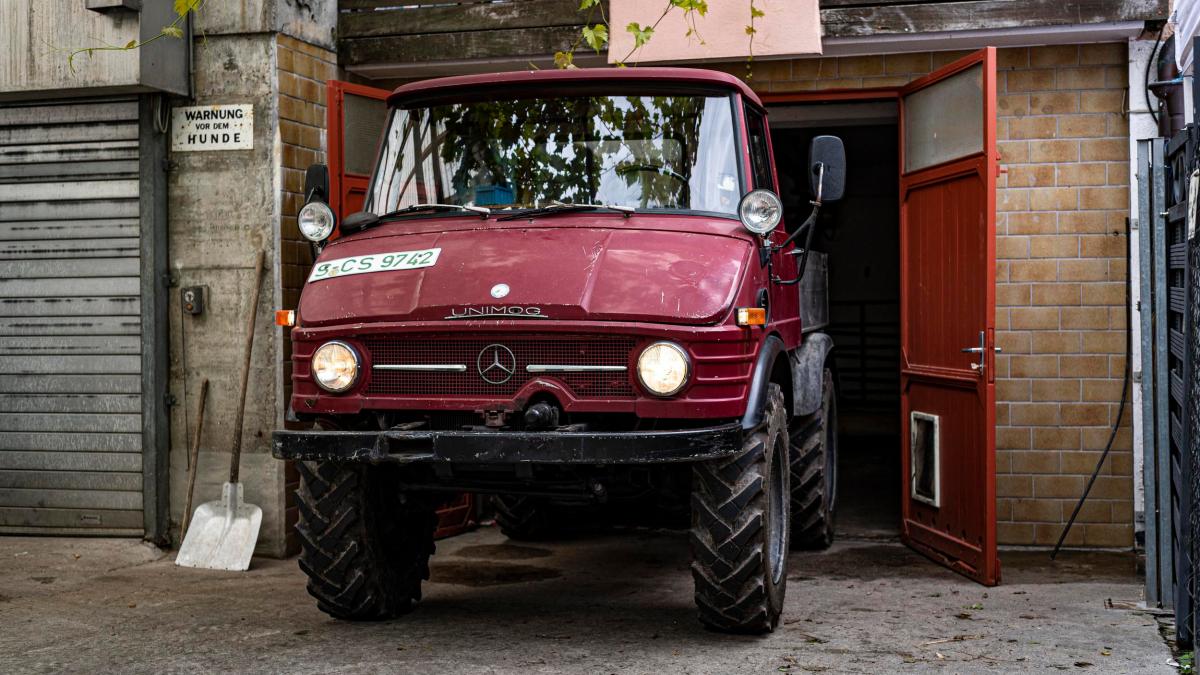 Dhe cabin is staring with dirt. The seats have long burst open, the glass above the speedometer is almost blind. And the Mercedes star is only held by cable ties on the dull bonnet – but apart from mud and dust, Andreas Rauscher doesn’t let anything get on his Unimog.

Because although the wine-red U421 is already 45 years old, the winemaker still crawls through his vineyards in the Neckar Valley almost every day. He doesn’t dream of switching to a modern tractor.

Of course, the 2.4 liter diesel with its 38 kW / 52 PS is not the most powerful. Anyone who has driven the tight bends up to Rauscher’s vineyard four times without power steering can save themselves a visit to the fitness studio – the owner’s fat upper arms testify to this.

The cabin is cramped, the doors are narrow and the seats would be uncomfortable even if the upholstery hadn’t been completely worn out over the past few decades. Shifting with the unsynchronized transmission requires a lot of sensitivity in the game with clutch and double-declutching.

“But in the sum of its properties, the Unimog is still superior to any other vehicle to this day,” says Rauscher as he crawls up the steep slope between the vines and only laughs mildly at his colleagues’ modern tractors.

The sum of its properties – that is exactly what Albert Friedrich, former head of aircraft engine design at Daimler-Benz, and his partner Heinrich Rößler had in mind when they sketched the specifications for the Unimog in the late summer of 1945, says Mercedes Classic spokesman Ralph Wagenknecht. The “universal motor device”, the Unimog was born.

Initially, only the Unimog engine came from Mercedes

In addition, a stable braking system and a reasonably comfortable driver’s cab with at least two seats. “In an emergency, the makers wanted to replace not only the tractor but also the flatbed truck and the car,” says Wagenknecht.

At first only the engine came from Mercedes. The Swabians were busy getting their car production up and running again. They didn’t want to buy another product.

“That is why the first prototypes were built almost exactly 75 years ago in autumn 1946 at Eberhard & Söhne in Schwäbisch Hall, before series production was considered by the Boehringer brothers in Göppingen in 1947”, Wagenknecht quotes from the Unimog Time.news. That explains the surprising logo on the first cars: instead of a star, they wore an ox’s head on the hood.

However, Boehringer fell victim to the Unimog’s success. At the premiere at the DLG agricultural exhibition in Frankfurt / Main in 1948, it was so well received that production couldn’t keep up.

“And because the company lacks the money for the necessary upgrade, Daimler takes over, lets the Unimog roll off the assembly line in Gaggenau – and of course decorates the car with a star,” Wagenknecht concludes on the long birth certificate.

The Unimog has a large fan base

Germany was and is the most important market for the Mercedes. But as a universal genius, the Unimog has taken every continent under its wheels and got around further than any other Mercedes.

And it has survived all fashions and crises – and is therefore still in production today, says Rainer Hildebrandt from Hochstadt. He puts the total fleet at more than 400,000 vehicles. “And most of it should still be on the move today.”

Hildebrandt is chairman of the Unimog Club Gaggenau. With around 8,000 members in over 40 countries, this is one of the largest brand clubs at Mercedes. It also has its own test track and a museum with over 100 vehicles.

“Because the Unimog is not only versatile, it is also incredibly robust,” is how he explains the large number of vehicles and adapts a common joke of Unimog fans to mark the anniversary: ​​”How long does a Unimog last? No idea, it has only been built for 75 years. “

Most of the members have a comparatively unpretentious approach to the classic. The Circle of Friends is as universal as the Unimog itself. It ranges from farmers to judges.

But while other Mercedes old-timers such as a gullwing are polished to a high gloss and often only taken out of the garage on Sundays, the Unimog is also a commercial vehicle as a collector’s car; maybe no longer with the military, fire brigade or other auxiliary services.

But even in private hands, the Unimog often has to earn its living through hard work, has to plow the weekend plot for city dwellers or haul the villa owner’s firewood out of the forest.

The prices are correspondingly down-to-earth, says Hildebrandt: Unkempt but fully drivable models, i.e. tools for everyday use, are therefore available for 5000 euros in his estimation.

But be careful: particularly well restored and polished specimens change hands for 70,000 or 80,000 euros.

A lot of money for a tool, but a bargain for an old Mercedes that can even reach seven-figure prices. But at least the Unimog also manages six figures, Hildebrandt knows and reports on prototypes that were offered for more than 200,000 euros. “The owner then achieved significantly less,” he admits with a smile.

Winemaker Rauscher can only laugh about the fact that Unimogs are now appearing at classic car meetings and are polished like garage gold. For him, his U421, which incidentally was built in the same way as himself in 1976, remains a tool even as a veteran. This is used almost every day.

The Unimog is used universally

True to the specifications of its inventors, he uses the Unimog universally. When the veteran, whom Rauscher Junior took over from his father with the vineyard, is not out and about in Wingert, he drives the rubble to the landfill that results from the renovation of his own broom management.

Sometimes he drags the two trailers with him to the cooperative. And sometimes he even dares to go out into the country with the Unimog – after all, with a lot of gas and patience, he can manage 67 km / h.

And every now and then even the vintner polishes the red pensioner to a shine, sometimes decorating him with flowers – when the harvest is brought in in autumn or when one of his friends ties the knot.

Because then he heaves an old sofa on the little bunk, chauffeurs the bride and groom to church and even ennobles the Unimog into a wedding car. This is a role that 75 years ago probably even its inventors would not have trusted the universal motor device. 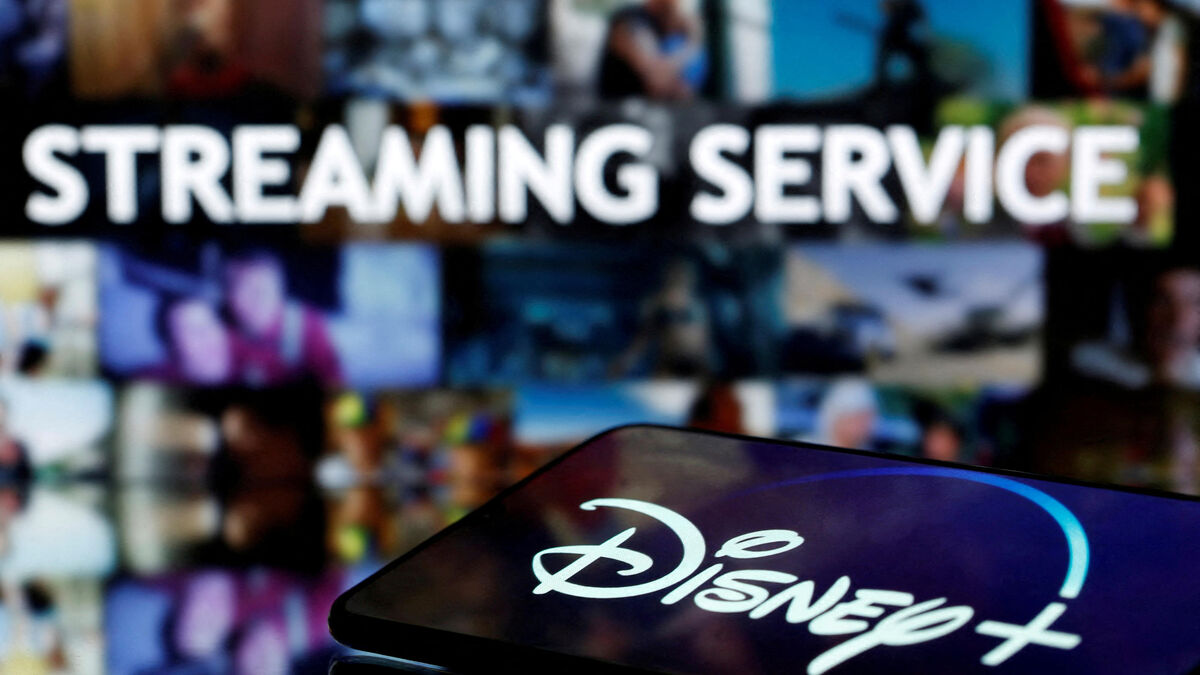 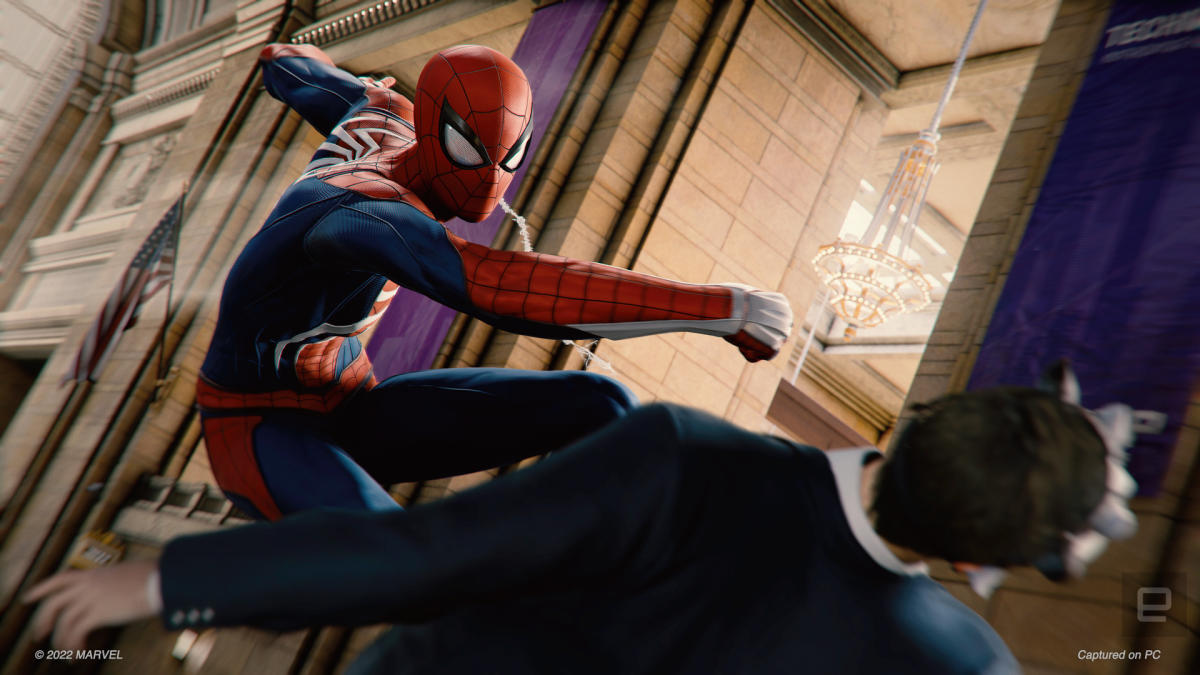 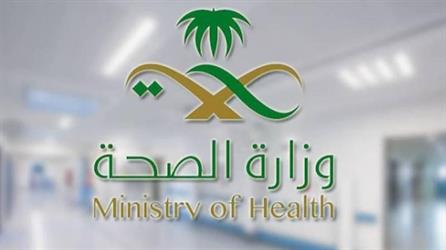 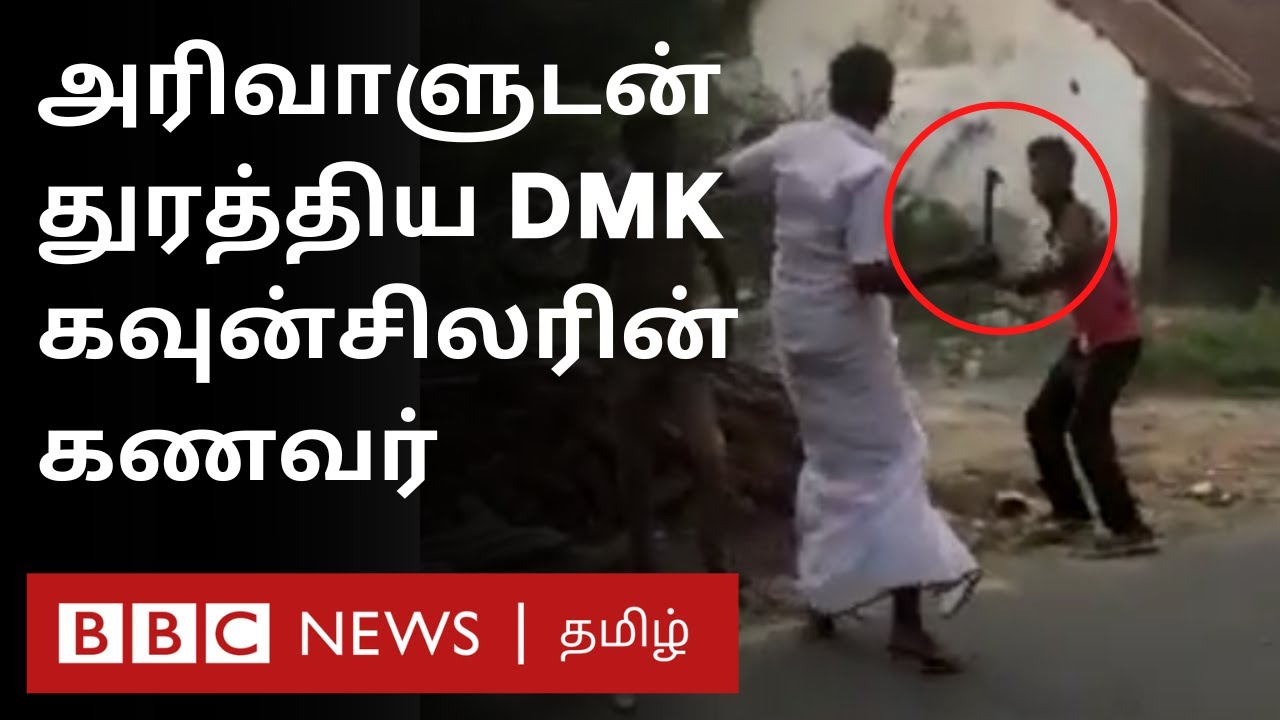 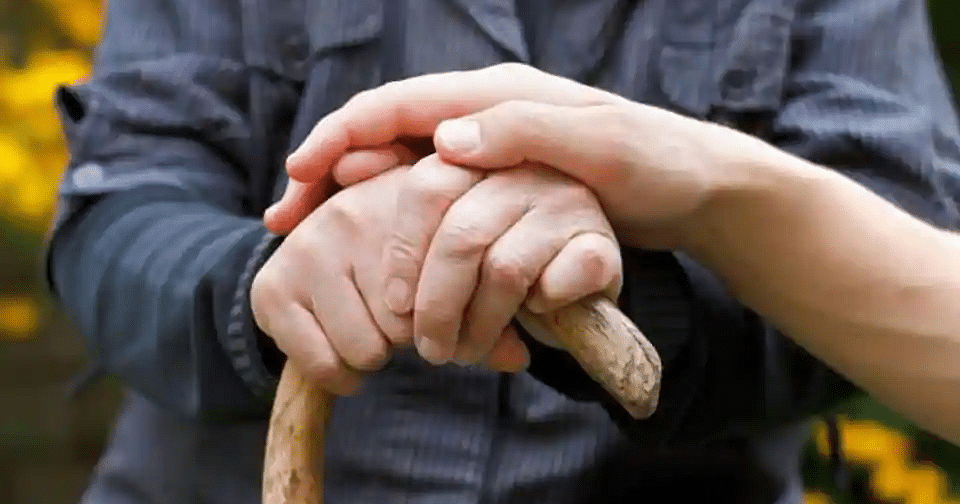 Hapoel Be’er Sheva: Eliniv Barda is waiting for the rematch against Lugano 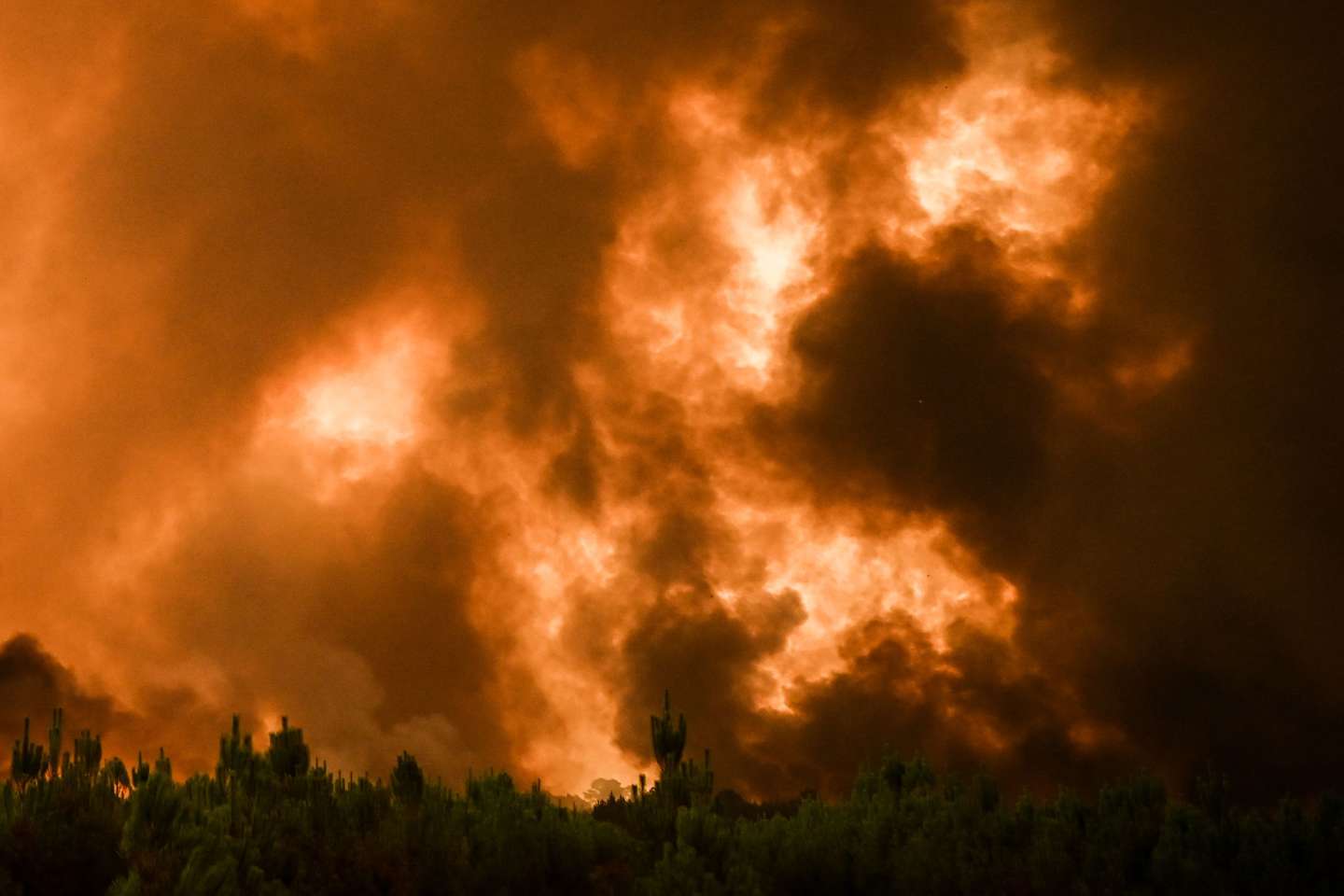 6,800 hectares burned, Elisabeth Borne and Gérald Darmanin expected on site at the end of the morning 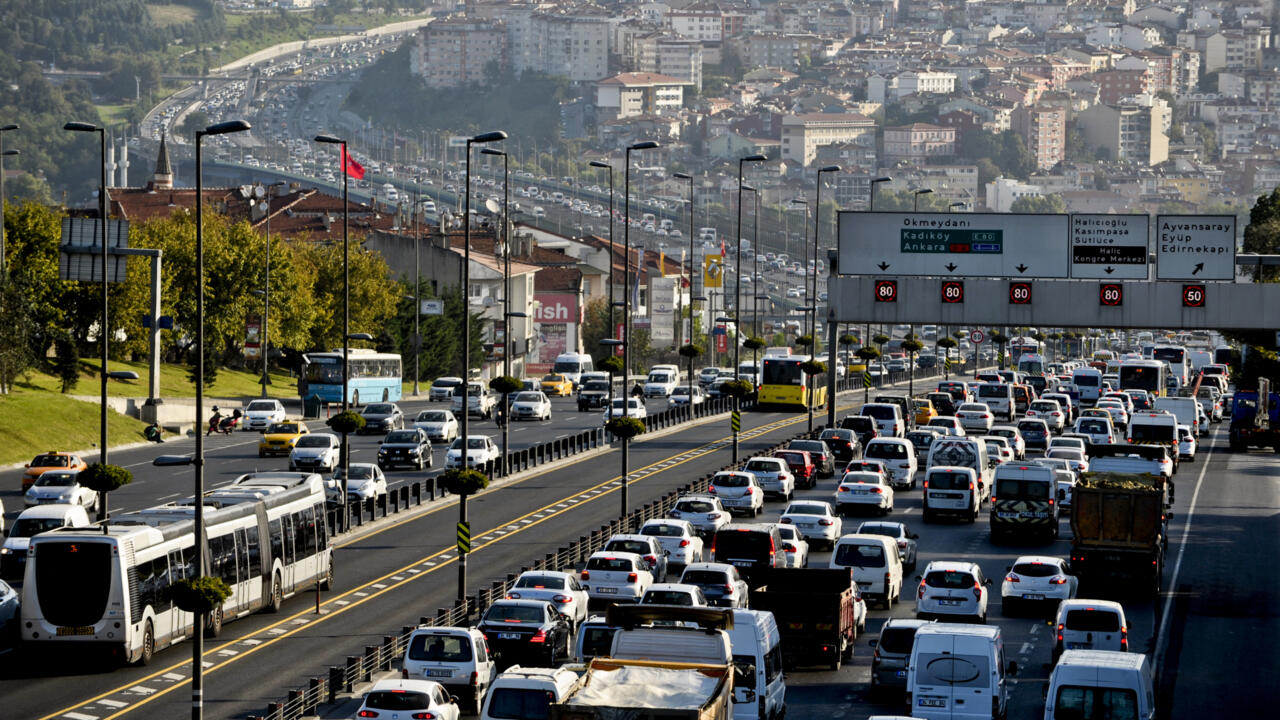 Turkey: bicycle and public transport rehabilitated in the face of the crisis

Illustration of science: Presenting research in an understandable way News 24 | After a hiatus of more than 14 days … the return of the Ministry of Health’s resource system
Posted onAugust 11, 2022