Despite the large amount of precipitation, so far no unusual events have been recorded in the city such as heavy flooding or blockages of major arteries. “We are already facing the next campaign,” the mayor says

Currently, over 70 mm of rain fell in Ashdod from Thursday to Saturday. The forecasts of Tomorrow.io.

The municipality has raised the level of preparedness to 3 and forces have been deployed throughout the city and in key centers, and now they are also preparing for another significant campaign that is expected to enter the area in the coming hours.

Mayor Dr. Yehiel Lasri: “The combination of human capital and technology has helped us succeed in the first system, we are facing the next system.”

The municipality says that in recent months, the Ashdod municipality has been preparing for the approaching winter and changing weather conditions. Ashdod has 622 streets, 11,080 receptors, 150 km of underground infrastructure and streams that pose a huge challenge in a significant winter system.

The municipality worked together with the forecasting company Tomorrow.io, which accompanied the array at each hour with the presentation of synoptic maps and precipitation forecasts by hours and days. “We divided the city into sections and marked emotional areas in accordance with our conclusions from previous years,” explained Operations Manager Shlomo Rotenberg. 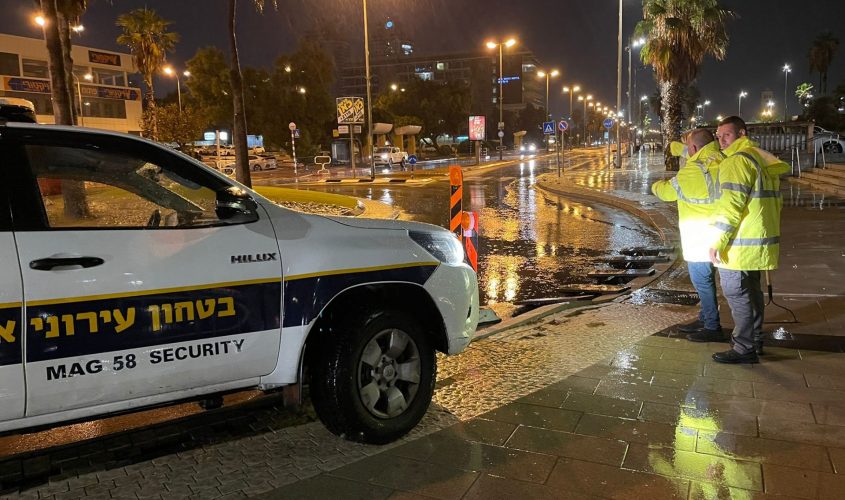 Prepared according to storm procedure

“I thank Shlomo Rotenberg for the best preparation and the field work and for the success and cooperation also on the part of the residents in preparing and dealing with the significant first rain,” said Dr. Lasri.

Want to stay up to date in Ashdod?

The “Here South Ashdod” app on Android or iPhone

Hard rules at the hairdresser: No haircut for the unvaccinated | Regional

Traders are raising the price of rain tomatoes...

Berlin’s Senator for Health announces: “We want to...

The vaccine protects highly effectively against the Omicron...

A lockdown is most pronounced in city centers

An Israeli lawyer arrested in Belarus; Her brother:...

Threatening omega-3 virus; What are the activities? –...