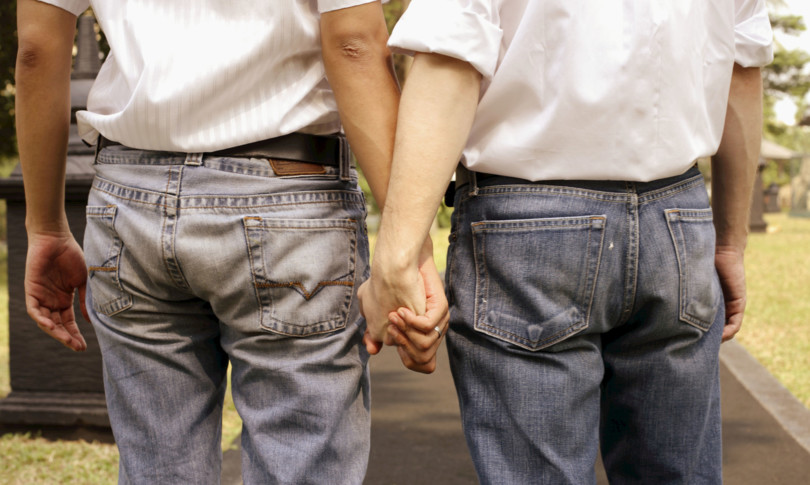 Time.news – A homophobic attack at the Roma Valle Aurelia station has turned into a political case, with appeals to swiftly approve the Zan bill which exacerbates the penalties for homophobia. The episode dates back to the evening of February 26, but it has only now been disclosed to facilitate the legal process: a man crossed the tracks and hit two kissing boys with kicks and punches, the Gaynews and Gaynet associations denounced. Rome who posted a video of the beating on fb. “While I was kissing my partner, we suddenly heard a man scream from the quay opposite: ‘What are you doing? Aren’t you ashamed?'”, Said one of the two young people, activist Jean Pierre Moreno. “After replying to him: ‘But do you care?’ and having resumed kissing with my partner, the guy crossed the tracks and joined us, first striking my partner in the eye and starting a fight.

“We denounce with dismay the attack suffered by Jean Pierre Moreno, refugee and member of the association, at the Valle Aurelia train station in Rome, which we are following thanks to the legal support of the Lenford Network”, explained Gaynet Rome. “Unfortunately the process with the police was not easy – continues the post -. The police struggled to understand the homophobic motive and an integration of the complaint was needed to put on paper the request to recover the videos of the security cameras, which would prove the dynamics of the facts “.

An almost unanimous condemnation came from the political world. Le Sardine recalled how “a few days ago in Inverigo (Como) another boy was stoned by 15 people because he loves the pink color and chose it for his hair”. “And then there are those who deny or minimize homophobia and the violence of discrimination”, complained the movement.

The mayor of Rome, Virginia Raggi, expressed “solidarity and closeness to the two boys who were victims of an attack at the Valle Aurelia station”. “Any form of discrimination and violence must be strongly condemned. Episodes like this represent an intolerable offense to our entire community,” he twittao.

“Solidarity and closeness to Jean Pierre for the intolerable aggression of Valle Aurelia”, tweeted the dem secretary, Enrico Letta, “the commitment of the Democratic Party against Homophobia and in favor of the Zan bill will continue with even greater determination. Enough!” .

The solidarity of Giorgia Meloni

The president of Fratelli d’Italia, Giorgia Meloni, also spoke on the episode. “I am shocked in front of this absurd and brutal violence in Rome against a boy who, according to the press reports, would have been attacked only because he kissed his partner”, he wrote on Facebook, “I hope that the person responsible for this cowardly violence will pay for it. : these images are unworthy for a civilized country. My full solidarity with the attacked boy “.

The invitation to approve the Zan bill against homotransnphobia, which in November had received the first yes from the House and is now being examined by the Senate, has come from various quarters. The provision, which took its name from the dem rapporteur and LGBT activist Alessandro Zan, drew on bills proposed by deputies from Leu, Pd, M5s and also Fi. Among the new features are the penalties that provide for imprisonment of up to 18 months or a fine of up to 6,000 euros for those who instigate or commit acts of discrimination based “on sex, gender, sexual orientation or gender identity or on disability “; prison from 6 months to 4 years for those who instigate or commit violence for the same reasons; imprisonment from 6 months to 4 years for those who participate in or help organizations whose purpose is to incite discrimination or violence for the same reasons.