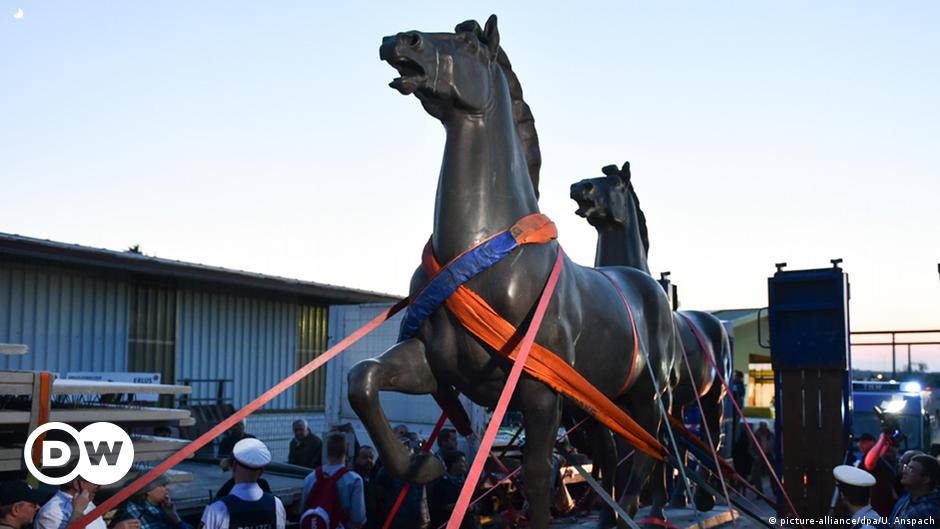 After the settlement of a legal dispute over the ownership of the monumental bronze sculptures of the Hitler era, depicting life-size horses, the location of their future placement has been determined. Bronze horses will continue to stand in the Spandau Citadel, a Renaissance fortress in southeast Berlin. They will become new exhibits in the permanent exhibition dedicated to the political monuments of Berlin, which stood in the city in different eras, and then disappeared from the streets and squares of the capital under the influence of the “winds of change”. So among the exhibits of the museum there are statues of Prussian monarchs, symbols of the “Third Reich” frozen in stone and a monumental bust of Lenin that stood in Berlin during the GDR. “Walking Horses” by Austrian sculptor Josef Thorak will be added to the part of the exhibition dedicated to the era of National Socialism in Germany.

The move of the bronze horses to Spandau, according to the dpa news agency with reference to the director of the citadel museum, Urte Evert, will take place no earlier than May 2022. Especially for the equestrian statues, due to their large size, a new exhibition space will be created in the fortress.

The monumental sculptures “Walking Horses” were installed in 1939 on the outer staircase of the new Reich Chancellery in Berlin, which housed Hitler’s office.

Equestrian statue of Josef Torak in front of Hitler’s Reich Chancellery in Berlin, 1939

Even during the war, they were taken from Berlin to a suburban storage facility along with other objects of value to the Nazi regime. After the end of World War II, the storage facility ended up in the Soviet occupation zone, and the “Walking Horses” were installed on the sports ground of the Soviet military town in Eberswalde. They were last seen there in March 1989. After the reunification of Germany and the withdrawal of Soviet troops from the territory of the former GDR, the bronze horses disappeared in an unknown direction.

They were found again in 2015 during the investigation into the misappropriation of federal property, namely during a search of a warehouse in Bad Dürkheim in Rhineland-Palatinate. 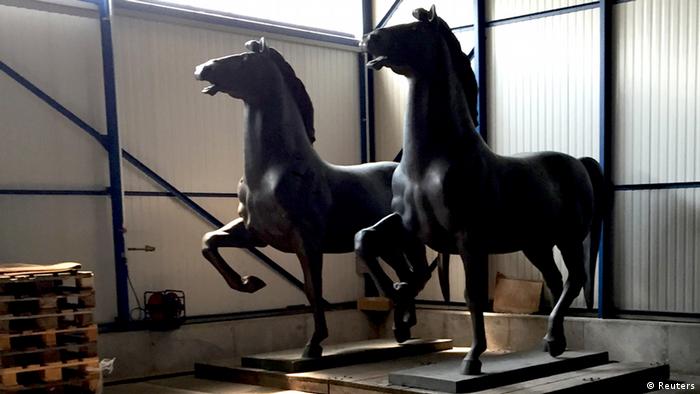 The German state claimed its rights to the find, referring, in particular, to the Treaty on the unification of Germany, according to which the property of the liquidated GDR became the property of the FRG. On the other hand, the owner of the horses stated that he legally acquired the sculptures. In July 2021, the parties came to an agreement: the FRG receives both bronze horses, the rest of the objects of Nazi art discovered during a search remain in the property of the collector.

And another horse from the Nazi propaganda workshop

And, finally, while in Germany they were arguing about what to do with the sculptures of horses discovered by the police that stood in front of Hitler’s Reich Chancellery, there was also a third trotter made for the Fuhrer. He was found in the Bavarian outback, in the town of Ising on the picturesque lake Chiemsee, 80 kilometers from Munich, in the courtyard of an old city gymnasium. They were once paid by the sculptor Thorak’s widow for teaching her son in a boarding school at the gymnasium. Since it became known what kind of horse it is, the gymnasium has removed its image from its advertising brochures.

What are the most important differences between my iPhone 14 Pro and iPhone 13 Pro?
Posted onAugust 7, 2022