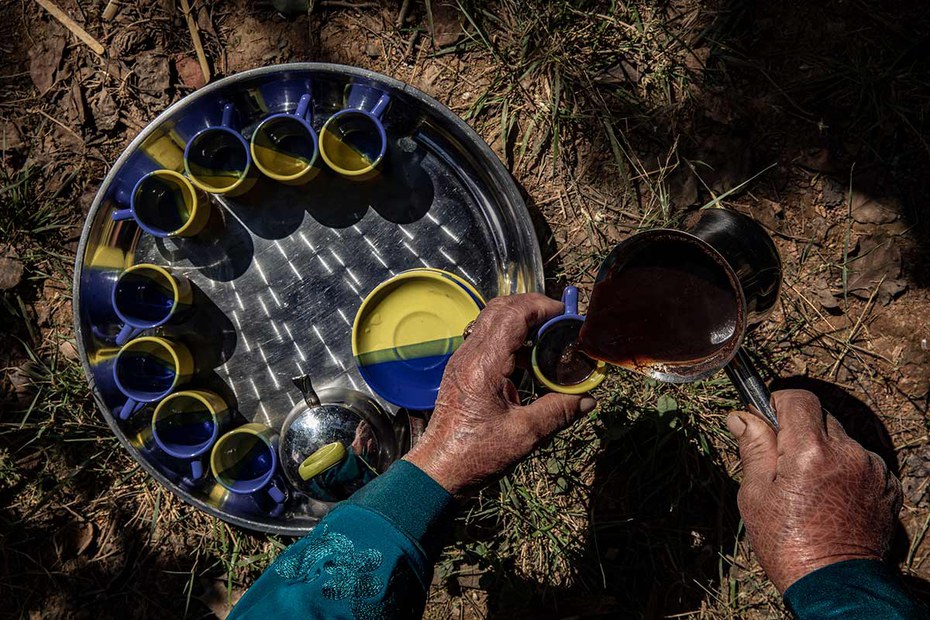 Millions of Syrians have fled their country over the past decade. The majority of them – more than 3.5 million – found acceptance in Turkey. Others ended up in Jordan, approximately 850,000 in Lebanon, where they rarely stayed with relatives, but mostly ended up in informal settlements that became refuges for the little eternity. They had to settle in a host country that is currently going through such a severe economic crisis that the power supply is only guaranteed for two to three hours a day.

Since the first signs of inexorable economic decline two years ago, forms of extreme poverty have been observed across Lebanon. For many households, basic health services, electricity, water, internet and schooling are out of reach. Quite apart from the fact that a system of nepotism has sabotaged every competent government for decades. Then there are the consequences of the pandemic.

It should be clear to any impartial observer just how much a rampant inflation can starve refugees in particular. In December, the UNHCR refugee agency published a report according to which the proportion of Syrian families who suffer extreme poverty in Lebanon because they live on less than 175 euros a month has increased from 55 percent in 2019 to 89 percent at the end of 2020. Half of the refugees stated that they were no longer adequately fed. You have to go into debt to cover the cost of food and rent. In fact, since October 2019, staple food prices in Lebanon have almost tripled. For women, the situation is particularly precarious when they are on their own or only have part of the family around them. This can force you to take extreme steps by taking children out of school and sending them to work.

I’ve lived in Lebanon for four years and now stay in the tent most of the day. I can’t work in the fields because of constant back pain. We don’t always have electricity here – it is often turned off for hours every day. If that happens at night, when we have to go to the toilet, I light a small light. My son and I, we will go out with others to feel safer.

Abir: “I have to get the idea of ​​going back to school one day out of my head”

We’re both trying to get along as best we can. I get 150,000 Lebanese pounds (81 euros) a month from the UN, but that’s not really enough, because prices are constantly rising. I wish I could work like the rest of the world so I could afford clothes and have a decent life. I watch others go out and buy things for their children. I can not do that. I even borrowed money to send my child to school. We’re trying to keep ourselves clean here. We wash and can shower sometimes, but not always because the man who refills the water tanks doesn’t always come.

We used to have a very good income in Syria. When my husband was arrested, I went to work. My boy was a few months old then. When I went to Lebanon, I really wanted to take it with me. Now the people here judge me and look at me as a single mother. But I am a strong woman and will continue to raise my child on my own. I won’t let people treat me like a leper. Sometimes I look at my son and think that he is my hope – my last hope. Through him I get back what I am taking on in terms of suffering. He is the only source of my joy.

The only thing I took from Syria was a photo. I enlarged it to put it up in the tent as a reminder of my husband. My husband died before the war, but I want to feel that he is always with me. I had a large, well-furnished apartment at home, but that no longer counts. I left Syria with this picture and the clothes I was wearing – that was all. When I locked my house, I asked God, “Please don’t waste all the trouble, all the money we paid to have a decent life.” Then I felt that none of that mattered. What still counts today is my dignity and my children.

When I left Syria, my village was not yet bombed, but the surrounding areas were. First the children left. Although no bombs had fallen yet, I no longer felt safe and soon afterwards decided to follow the children to Lebanon. 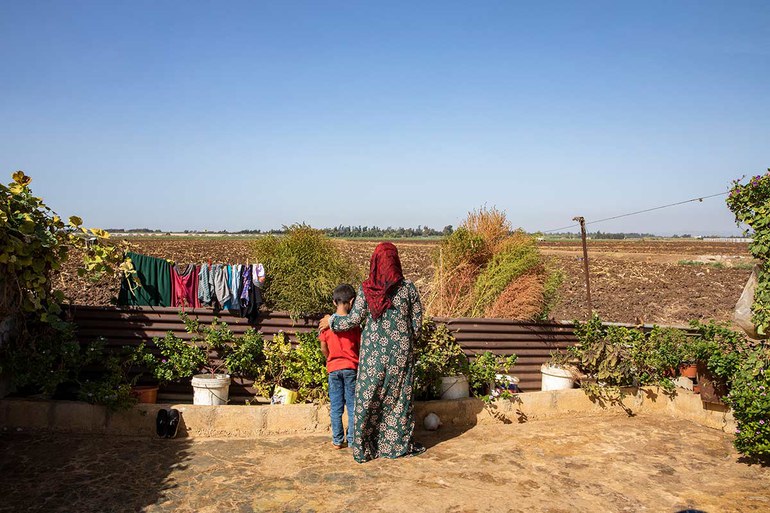 Khaldieh: “Sometimes I look at my son and think that he is my hope – my last hope

When I found out that my house had been destroyed, I just threw away the keys that I had always carried with me until then. Since then, my happiness in life has also gone, even happy memories of another time cannot change that. In Syria we owned land on which we grew tomatoes, zucchini and cucumbers. I pray to God that at least I can die and be buried where I come from. That’s all I want.

I have been in Lebanon for eight years now, live with my in-laws, in a house with 14 people. I work in a strawberry greenhouse every day. I would like to return to Syria, but there is still war and destruction there. And life is expensive, but it is now also in Lebanon. We are in the same boat as the Lebanese.

When the war in Syria started ten years ago, my parents tried to explain the situation to me. The war will pass, so I shouldn’t be afraid of it. When we fled to Lebanon, my father said again that it was only for a short time, that we would soon be returning to Syria, but nothing came of it. My mother refused to leave Syria. I haven’t seen her like this in years. What we have left is a phone call once a month, before which I fear for days whether it will come about. 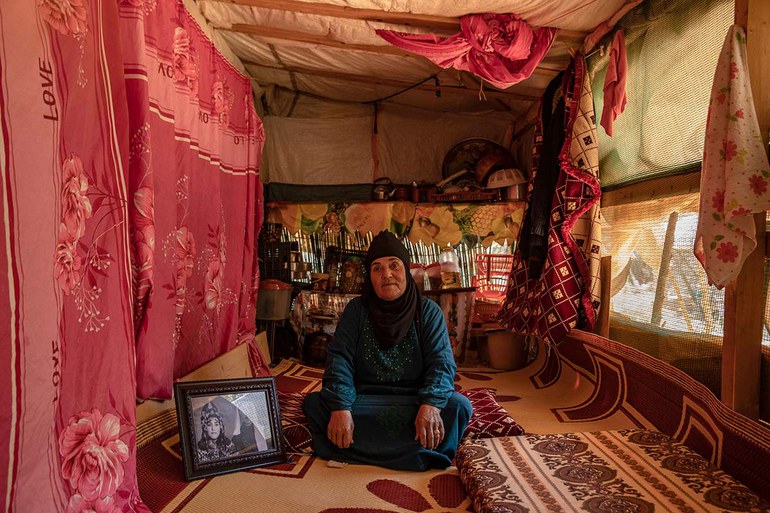 Foza: “I pray to God that I can at least die and be buried where I come from”

I liked going to school in Syria because it was easy for me to learn and I hoped to be able to study one day. But now I’m married and I’m going to have a child soon. I have to get the idea of ​​going back to school one day out of my head. I hope at least my child will get a good education one day. But what happens if everything stays the way it is now?

I am happy and at the same time fearful at the thought of becoming a mother. Recently I was in a Beirut hospital. And it turned out that adequate treatment would be very expensive. Unfortunately we didn’t have enough money for that, which made me a bit depressed. I feel sick and tired.

Francesca Volpi is a freelance photo reporter who has been pursuing journalistic projects in Central America and the Middle East with NGOs since 2013. Volpi took the photos shown here for the NGO WeWorld.