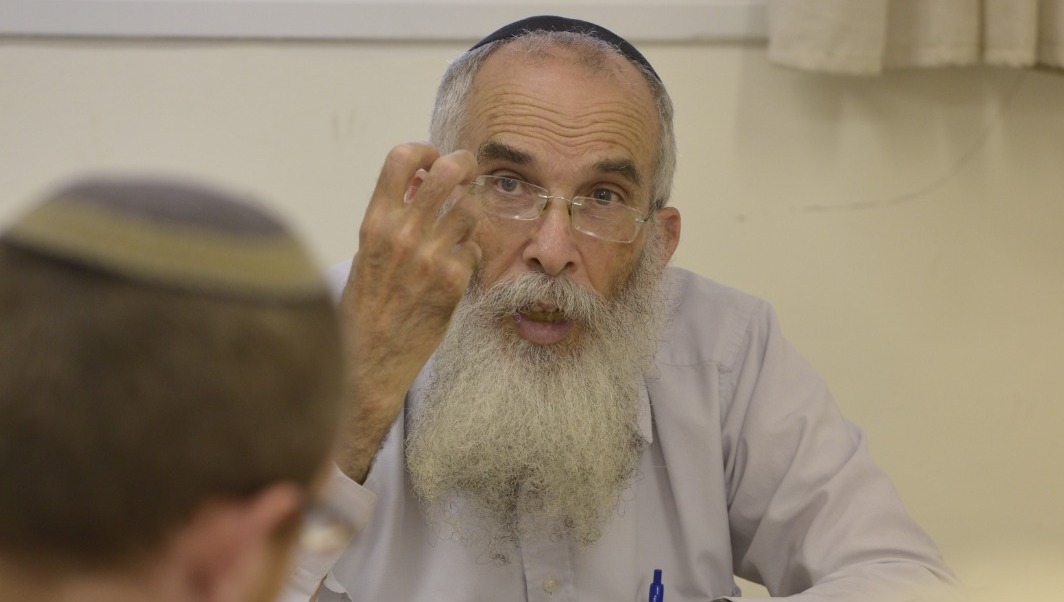 Baruch Dayan the truth: The head of the Har Hamor yeshiva, Rabbi Mordechai Sternberg, passed away last night (Monday) at the age of 74 after a long battle with cancer. His condition deteriorated in the last few days and many prayers were held for his recovery throughout the country. The funeral procession left at 11:00 a.m. from the Yeshiva Hall at 8 Aryeh Varshavski St. in the Shmuel Wall neighborhood in Jerusalem towards the Mount of Comfort.

The Rabbi left behind his wife, Rabbi Miriam, children and grandchildren. Rabbi Mordechai Sternberg was one of a group of rabbis who withdrew from the Merkaz Rabbi Yeshiva and established the Har Hamor Yeshiva. He presided over the Yeshiva for 25 years together with his twin brother, Rabbi Amiel Sternberg.

Rabbi Mordechai Sternberg was born in Kfar Pines to Rebecca and Rabbi Moshe Sternberg, who served as the rabbi of the settlement. At the age of 13, he moved with his family to Jerusalem after his father’s death. He studied at the Nativ Meir yeshiva and then at the Hezekiah Knesset yeshiva in Kfar Hassidim. Following his twin brother, Rabbi Amiel Sternberg, he moved to study at the Rabbi’s Central Yeshiva with Rabbi Mordechai From and Rabbi Avraham Shapira.

At the age of 25, he was appointed by Rabbi Zvi Yehuda Kook to serve as rabbi at a central yeshiva. Over the years, Rabbi Sternberg taught the older class at the yeshiva and specialized in study classes, and he is considered influential in the study of study in yeshivas in the national religious stream. In 1988 he was ordained as a rabbi and dean by Rabbi Avraham Shapira As mentioned, in 1997 together with a group of rabbis he founded the Har Hamor yeshiva and he was its head for 25 years.

Smotrich: a great genius and teaches Torah to thousands of students

The Chairman of Religious Zionism, Member of Knesset Bezalel Smotrich eulogized the rabbi: “The Arameans conquered the cliffs and the Ark of God was restored. A great genius who preaches Torah to thousands of students. “Torah Torah, sackcloth, and wallow in Ephraim, but alone, make signs for you and mourn for you, take your scourges and leave your graves, salt your waters and bruise your waters with mighty waters, make your lines the uprights of the generations, decipher your norths and reveal secrets.”

The Mayor of Jerusalem, Moshe Leon paid tribute to Rabbi Sternberg: “I received with great sadness the passing of the Gaon, head of the Har Hamor yeshiva, Rabbi Mordechai Sternberg zt’l. Rabbi Mordechai zt’l, a resident of Jerusalem, led the yeshiva when he headed it with his immense genius, and he stood out for his extensive knowledge of the Torah, the Shas and the rulings. I share in these moments the grief of Rabbi Miriam and the family members and of course his students at the Har Hamor yeshiva and many thousands more all over the country. May his soul be bundled in the bundle of life.”