Poland’s national legislation prevails over the laws of the European Union, the Polish Constitutional Court (CC) ruled on October 7, 2021. In Brussels, this verdict caused a violent reaction, if not shock. Indeed, in fact, this decision may become the basis for Warsaw to leave the European Union. DW collected the opinions of European politicians on the current situation.

Unified legal framework of the EU

European Parliament President David Sassoli said that the verdict of the Polish Constitutional Court cannot be left without consequences. “The primacy of EU law must remain undeniable,” he wrote on his Twitter page. “Violation of this rule means a challenge to one of the fundamental principles (European. – Ed.) Union “.

In turn, EU Commissioner for Justice Didier Reynders promised that the European Commission will analyze the possible consequences of the decision of the Polish Constitutional Court and “will not hesitate to use its powers in accordance with the treaties in order to ensure the uniform application and integrity of EU legislation.”

It is possible that the proceedings against Poland for several years now under Article 7 of the Treaty on the European Union will now accelerate. This article states that in the event of a serious and persistent violation by a Member State of the values ​​that formed the basis of the EU Treaty, the Council of the EU “may decide to temporarily revoke certain rights arising from the application of the Treaties to the Member State concerned, in including the voting rights of the government of that member state on the Council. “

Until recently, the European Commission and the Council of the European Union tried to do everything to avoid a split with Warsaw. However, after the decision of the Constitutional Court of Poland, which was perceived in Brussels as almost a declaration of war, this position may change, observers say.

“EU cup of patience is overflowing”

“It is hard to believe the statements of the Polish government, led by the Law and Justice Party, that it does not want to leave the EU. After all, its actions indicate the opposite. The patience is overflowing,” the spokesman for the Conservative European People’s Party (EVP) wrote on Twitter in the European Parliament Geron Lenaers.

According to him, the verdict of the Polish Constitutional Court constitutes “an attack on the entire EU”, and the government in Warsaw can no longer be trusted. “By declaring the EU Treaty incompatible with Polish law, the unlawful Constitutional Court of the country directed Poland along the path of leaving the EU,” the European politician sums up.

At the same time, the decision of the Polish Constitutional Court of October 7 is not the first reason for legal disagreements between Warsaw and Brussels. So, in March 2021, the EU court found the judicial reform in Poland initiated by the ruling Law and Justice party to violate EU laws. It was after this that the chairman of the Council of Ministers of Poland, Mateusz Morawiecki, turned to the country’s Constitutional Court with a request to assess which right has priority in Poland – national or EU law.

According to Lenaert, against the background of the disintegration of the rule of law in Poland, the European Commission should not sit idly by, but use all available tools to resist the “autocrats in Warsaw.” Thus, the deputy EVP hints at the possibility of blocking the payment of financial aid from the EU budget to Poland. Brussels has already temporarily withdrawn its consent to pay Warsaw funds from the EU special fund to combat the economic consequences of the coronavirus pandemic.

The Socialist faction in the European Parliament also criticized the decision of the Polish Constitutional Court. “The black scenario for Poland is becoming a reality,” they said. According to European politicians, the European Commission should now use legal mechanisms to start a process against Poland under the article on violation of the principles of the EU Treaty. Constitutional Court of Poland in Warsaw

“If legal unity ceases to exist in the European Union, it will disintegrate. Poland now has two ways: either to bring the country’s constitution into line with European law, or to leave the EU,” a member of the Progressive Alliance of Social Democrats faction said in the European Parliament Jens Geier.

Sharp criticism of the “green”

However, the most harsh reaction came from the Greens, who have long criticized Poland’s disregard for common European rules. For example, MEP Terry Reintke said the following: “The governments of the EU member states should not be idle watching the Polish government trying to rewrite the rules of democracy.” The politician demanded an immediate revitalization of the process under Article 7 of the EU Treaty. 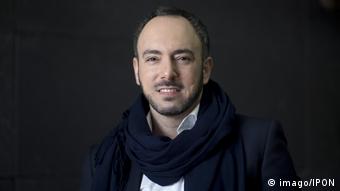 For his part, Deputy Chairman of the Legal Committee in the European Parliament Sergey Lagodinsky believes that “the decision from Warsaw is, first of all, a slap in the face of Polish citizens”, because now they risk losing the legal protection guaranteed by EU laws. Like Geron Lenaers, Lagodinsky is demanding an end to EU funds payments to the Polish government.

A colleague of the MEP in the Green faction, Daniel Freund, shares a similar opinion: “This step should not be left without financial consequences. EU money can only be spent where the EU rules are in force.”

Poland’s intention to secede from the EU

Mateusz Morawiecki has repeatedly stated that Poland does not intend to give up its EU membership. However, many legal experts assess the decision of the country’s Constitutional Court on the primacy of Polish law over European law as a kind of application for Polekzit. “This decision can be interpreted in the light of Article 50 of the EU Treaty (regulating the exit of a member state from the European Union. – Ed.). Either they leave, or they change the Polish constitution, “commented Franz Mayer, professor of European law at the University of Bielefeld.

READ Also:  University, a case of "no to the Green Pass". Among the 300 signatures there is also Alessandro Barbero- time.news

A similar opinion is shared by Professor Laurent Pech – Dean of the Faculty of Law and Politics at Middlesex University in London. “From the point of view of European law, this is Polekzit, and at the same time, the end of Poland’s confidence in the European legal system,” he notes.

According to Professor Rene Repazi, an expert on international and EU law at the University of Rotterdam, the verdict of the Polish Constitutional Court has become a real “legal revolution.” “Not a single national court, including the Federal Constitutional Court of Germany, has ever declared laws in force under the EU Treaty not applicable to their state,” he stressed. From a legal point of view, this is a far-reaching step that could lead to a legal exit from the EU through a decision of a national court, the expert points out.

Germany’s reaction to the decision of the Polish Constitutional Court

The German government also expressed its opinion on the decision of the Polish Constitutional Court. For example, German Foreign Minister Heiko Maas, in an interview with the Funke media group on October 8, stressed that EU member states must fully comply with the rules in force in the European Union.

“Being a member of the EU means sharing common values, benefitting from a single internal market and speaking with one voice,” Mas said. The minister assured that the German government will support the European Commission in its striving to ensure that European law is valid throughout the European Union.

Another German politician, Minister of State for European Affairs at the Federal Foreign Office of Germany Michael Roth (Michael Roth) also said that EU laws should take precedence over all national laws – “in Poland and elsewhere.”

Covid, in Canada mandatory vaccine for public employees and for the over 12 to access trains and planes

Hundreds of Austrians are calling for Chancellor Kurz to resign

European Parliament issued an ultimatum to the European...

That is why passengers at BER Airport often...