Beauty and horror. History of Oil | Culture and Lifestyle in Germany and Europe | DW 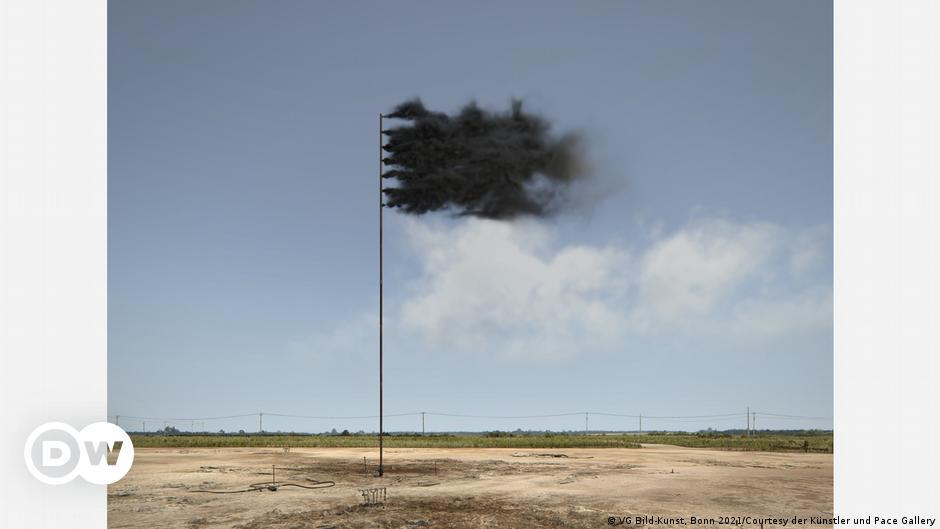 At a time when the problems associated with climate change are attracting more and more attention, attitudes towards oil are changing. Internal combustion engines must become electric, fuel no longer meets the modern needs of society. Nevertheless, oil is still an integral part of our daily life and economic activity, and we are still very far from the era without it. The exhibition “Oil. Beauty and Horror of the Oil Age” at the Wolfsburg Art Museum is dedicated to this raw material.

Oil is only spoken of as a problem

“We cannot call for a complete ditching of oil, “says curator and art critic Alexander Klose in an interview with DW. Last year, he and his colleague Benjamin Steiniger published the book “Oil. Atlas of oil production“.

The fact that the reputation of oil has now been ruined does not surprise him. “We really only talk about oil when it becomes a problem for the environment, during oil crises or oil wars,” says Klose. Plastics made from oil are also criticized “because they just throw it away.”

It is impossible for modern society to give up oil and oil products right away. Alexander Klose emphasizes: “We depend on oil in our daily life. It is both a source of energy and a raw material for the production of protective clothing, such as the FFP2 face shield.”

According to the curator of the exhibition, oil has not yet been sufficiently explored. “Burning oil is the crudest and most primitive way to use this material.” Therefore, the exhibition wants to look at oil without any ideological background.

While oil serves as a fuel for cars or aircraft, today the raw material can be found in construction, in the synthetic fibers of our clothing, or in vinyl records. The density and other physical properties of oil make it a suitable raw material in many areas of our lives. 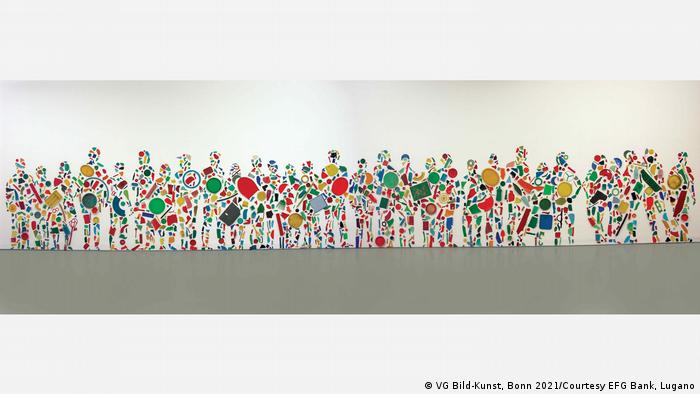 British artist Tony Cragg created this collection of people from plastic objects such as plates.

The first reports of oil production date back to the 15th century, and commercial oil production began in the 1850s. Stories about oil have formed the basis of such famous films as “The Giant”, in which American actor James Dean, as the debtor Jett Rink, stumbles upon an oil well and becomes rich, or “Oil”, with the famous British actor Daniel Day-Lewis as a manic oil the tycoon, as well as the American television series Dallas.

Such a complex image

The exhibition features 220 paintings, sculptures, installations, videos and photographs from all over the world. The view of the exhibition also moves to a hypothetical future, which looks back – to our time. 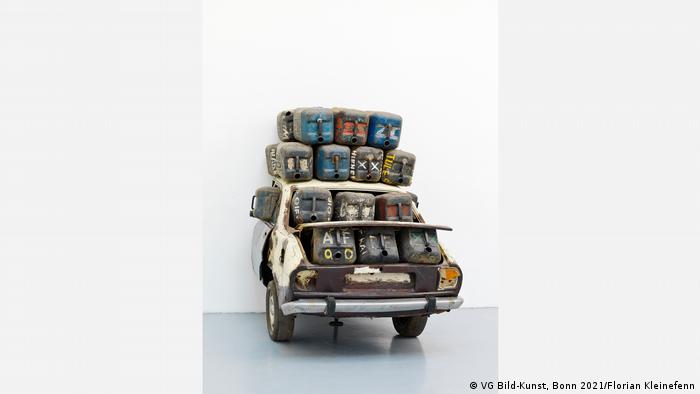 However, the main focus of the exhibition is on the time after World War II. If once oil was a futuristic promise of progress and prosperity, and the automotive era promised much-needed mobility and became a metaphor for freedom, then today oil is increasingly associated with environmental pollution and global warming.

The exhibition “Oil. Beauty and Horror of the Oil Age” is dedicated to the rapid change in the image of this mineral. It will run until January 9, 2022.

The district of Harz wants to buy a fire-fighting plane
Posted onSeptember 25, 2022
Menu