Biden-Putin, what’s behind that killer. Warning to the EU, Xi laughs 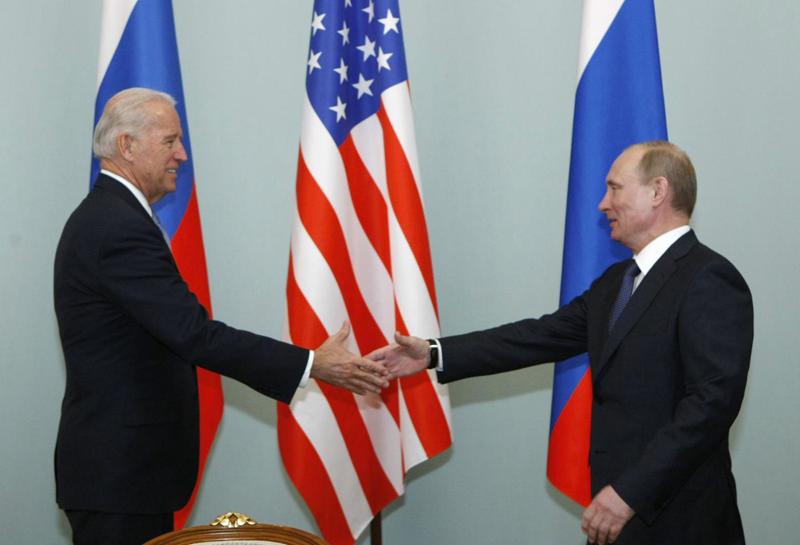 “Mmm, yes I think so“. The moment of uncertainty and then the affirmative answer did not refer to a trivial issue, but to a definition that can upset relations between the United States and Russia, with side effects also for Europe (primarily Germany) and China. The new American president Joe Biden has chosen to define “assassin“the Russian president Vladimir Putin. This is not a simple statement, but what Moscow has interpreted as an “attack on all Russians”.

BIDEN-PUTIN, NO RETURN TO A FELPED DIPLOMACY

Biden’s surprise statement came during an interview on the very popular program of Abc, Good morning America. When asked by the host, “do you think Putin is a murderer?”, Biden hesitates for a moment and then just says that yes, he thinks so. A surprise to those who thought that with the Democrat the United States would return to a smooth, predictable and smooth diplomacy after the stormy mandate of Donald Trump.

Instead, two components were underestimated. The first: Biden has always been one of the most convinced hawks with regard to relations with Moscow, as already amply demonstrated at the time of Maidan and the crisis in Crimea. Among other things, the new tenant of the White House made it known that he directly accused Putin, in 2011, of “not having a soul”. The second: Biden’s propensity for gaffe and misplaced statements. There are those who believe that in this case too the American president has stumbled upon one of these, probably with potentially greater consequences than the previous ones.

THE INTELLIGENCE REPORT ON THE USA 2020 ELECTIONS

In reality, Biden’s strong statement seems to follow a precise line, also because it comes following the publication of a report by theintelligence Usa in which it is established that Russia has tried to interfere, in favor of Trump, in the 2020 elections. And already since the election campaign Biden had made it clear that Moscow would change gear, negatively, on bilateral relations.

WARNING TO GERMANY. NORTH STREAM 2 PIPELINE IN THE SIGHT

But what could be the consequences of Biden’s exit? In addition to the obvious new big chill between Washington and Moscow, it could be those who, especially in Europe, have been thinking about a rapprochement with Russia for some time or are already cooperating with us on a commercial level. This is especially the case with the Germany, which could come back in the crosshairs of US sanctions on the famous gas pipeline Nord Stream 2, also criticized by the countries of Eastern Europe.

Biden’s hard line on Putin, on the other hand, reassures that northeastern belt of European states that in Washington’s strategies prevents the convergence between Moscow and Berlin. The French plan to normalize relations with Russia, a subject dear to the president, is also at serious risk Emmanuel Macron which has long been insisting on a potential “strategic autonomy“European.

ADVANTAGES FOR CHINA: NO RUSSIAN-WEST CONVERGENCE

But there are also those who smile. This is the China. Many analysts have long insisted on the American opportunity to restart relations with Russia in an anti-Beijing function. Clear that a possible convergence between Washington and Moscow could be a blow to Chinese leadership ambitions. But Biden’s exit demonstrates once again that the US wants first of all to maintain control over Europe and prevent its connection to Russia.

THE ALIGNMENT BETWEEN CHINA AND RUSSIA

The predictable consequence is that Putin is forced to intensify collaboration with Xi Jinping, as on the other hand it has already done in recent years. Just a few days ago, China and Russia they said they were ready to take a common line in front of Washington and announced the joint project of a lunar space station. But the transition from partnership to alliance it is difficult to fulfill, due to the mutual (historical) mistrust deriving even trivially from geographical proximity. The American apparatuses are betting precisely on this point, convinced that a true alliance between Russia and China cannot materialize.

USA VS CHINA: BIDEN BETS ON PARTNERSHIP IN ASIA

In the meantime, with reference to China, Biden’s US is focusing on strengthening partnerships in Asia. This is demonstrated by the trip (the first abroad) of the Secretaries of State and Defense Antony Blinken and Lloyd Austin between Tokyo and Seoul, with the clear intention of restarting that trilateral dialogue which had been interrupted by the trade war Japan-South Korea, which Trump has never tried to interrupt, and on the excessive defensive demands of the previous US administration. Such as to jeopardize the agreement on expenses for the maintenance of the 28500 American troops present on South Korean soil. A historical cornerstone of American strategy in East Asia. An agreement that was instead renewed last week, with a 14% increase in spending by the Korean side, compared to a + 400% that Trump had come to ask.

THE SUMMIT QUAD AND SUGA’S VISIT TO THE WHITE HOUSE

Again with a view to Asian alliances, Biden attended his first one last Friday summit Quad, the dialogue platform that also includes Japan, India and Australia. Sometimes incorrectly defined as “Asian born”, the Quad can however guarantee a greater alignment between the four actors of the Indo Pacific. For example, common intentions in the field of technology and vaccination emerged from the summit, with support for Indian serum which is in strong competition with Chinese ones, particularly in Asia. Not only. The Prime Minister of Japan, Suga Yoshihide, in April it will be in the White House. He will be the first foreign leader to be received by Biden on American soil since he was president. A clear message.

USA CHINA, SUMMIT IN ALASKA. BUT THE RESTART IS DIFFICULT

In this context, the so-called Sino-American “restart summit” is staged on Thursday 18 March. In Anchorage, Alaska, they meet Antony Blink and the safety adviser Jake Sullivan on the one hand, the Foreign Minister Wang Yi and the member of the Politburo Yang Jiechi on the other. The premises are not the best, already from the interpretation that is given of this meeting. Beijing considers it the restart of “a strategic dialogue”, Washington has denied this reading. The meeting was also anticipated by Biden’s first sanctions on Chinese officials, in reference to the electoral reform of Hong Kong, from clear statements on another delicate issue like him Xinjiang and on the reiterated support of the White House a Taiwan. Pressing the restart button will be a difficult task.