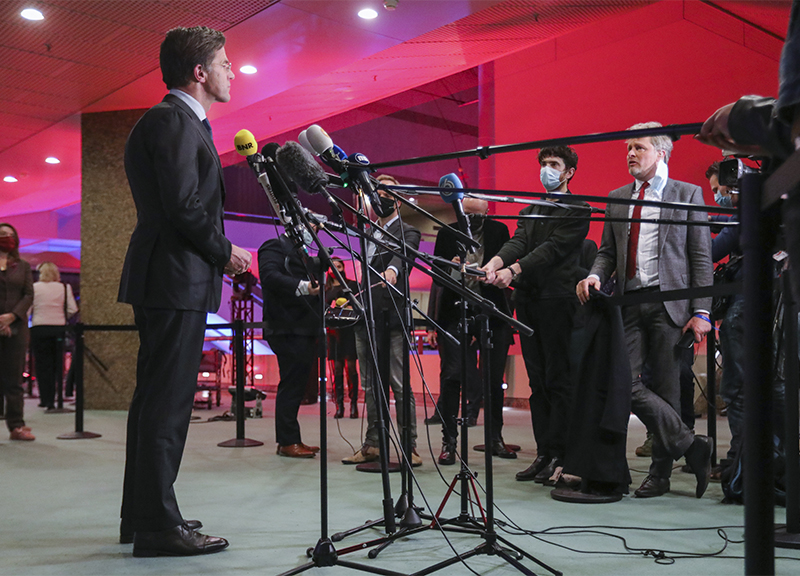 Those who expected the populist boom were disappointed. The Netherlands choose continuity and trust the Dutch Prime Minister Mark Rutte obtained a “massive confirmation vote” in the three-day legislative elections due to the restrictive measures against Covid adopted in the Netherlands. “I notice that the result of these elections is that the voters have given my party a massive vote of confidence,” Rutte told reporters at the parliament building in The Hague. If the final results confirm the first projections, Rutte will lead his fourth coalition government in 10 years.

The latest figures give the liberals 35 of the 150 seats in Parliament, compared to 33 in the last parliamentary term, followed by D66 (center-left) with 26, and 18 for the Freedom Party (PVV) of the far-right deputy Geert Wilders, excluded from the main parties to form a coalition. The country’s second largest party before this election, the PVV lost three seats, a disappointing result for its leader who told reporters he “expected more”.

With 26 seats, seven more than in the previous legislature, the pro-European progressive D66 won the biggest victory in the history of the party, led by the Minister of Foreign Trade and Development Cooperation Sigrid Kaag. “I see the confidence we have received as confirmation that we are the only progressive party to have exerted influence in recent years,” said Kaag, who appeared dancing on a table in a photo on Twitter. Rutte said negotiations to form a coalition government are likely to be done with the D66 and CDA (Christian Democrats) of Finance Minister Wopke Hoekstra, who won 14 seats. The PvdA (Social Democrats) got 9 seats, and the environmentalists of Groenlinks and the radical left SP got 8 seats each. The party of the populist Thierry Baudet, the Forum for Democracy also obtained 8 seats, compared to 2 in the last legislature.

HOLLAND ELECTIONS, THE MANAGEMENT OF THE RUTTE PANDEMIC PROMOTED

These legislative elections were adapted to the new circumstances imposed by Covid-19 and took place in three days. But in reality they were also an examination of the current government’s handling of the pandemic. The Netherlands, with a population of 17 million, has so far recorded more than 1.1 million Covid cases and around 16,100 deaths. The ballot boxes were in unusual places like the Van Gogh museum in Amsterdam, hotels, stations, churches and centers of all kinds across the country, where people could sometimes vote by bike or by car.

Rutte ruled out any coalition with Geert Wilders “because of what he said about the Koran”. One of the parties of the current coalition, the Christian Democratic Appeal (CDA) of finance minister Wopke Hoekstra, would be the new “natural partner” of the prime minister. Italian sovereigns will not be happy either, first of all Matteo Salvini e Giorgia Meloni, who for years had an excellent relationship with Wilders’ party.