Gambrinus, the inventor of beer and other stories about the blonde drink 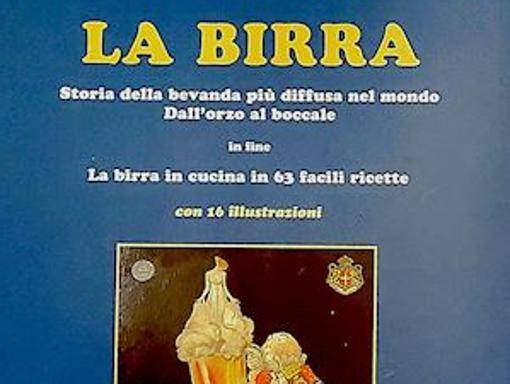 in naples A tradition born with caflish

In a book by Leyla Mancusi Sorrentino, curiosities and legends for enthusiasts

Fsince I was in junior high school, passing through Piazza Trieste and Trento, it happened that I wondered why the Gambrinus was called that. It seems a Latin name, I said to myself, and, proud of my newly acquired knowledge, I specified to myself: yes, a second declension name. But who was it to bring it? A hero, a poet, a god? And anyway, how did the owner come up with the name of a place where you have coffee with pastries in this way?

I got the answer only now, after a lifetime. No, Gambrinus was not a hero, nor a poet, nor a god, nor was he an ancient Roman. And maybe it didn’t exist. But this does not detract from it, because fantasy is as good as reality. And Gambrinus, who appears peaceful, pot-bellied and bearded in the paintings, lived for a long time in the imagination of the Nordic peoples, and was the object of veneration: why? Because he is considered the inventor of beer. And at Gambrinus, in addition to coffee, pastries and other delicacies, beer is also always served.

To explain it Leyla Mancusi Sorrentino in hisBeer(Grimaldi Publisher). A book that we could define erudite, because it is the result of a research that explores the most varied sources, but, do not worry, that of the author is an easy scholarship: it is not tired, but captivates and amazes. So, here are some of the news provided by the volume.

In the beverage hierarchy, beer beats on par with wine. Of course, wine, his eternal rival, seems to have the highest credentials, because it is cloaked in sacredness (for the pagans it was a gift from Dionysus, in Christian worship it is used during mass), but beer does not lack trump cards: because materials of which it is made are always available, while grapes grow only in certain regions and in a given season, and, compared to wine, it is easier to prepare.

Beer was essential in quenching the Sumerians, Babylonians and Egyptians thirst. Indeed in Egypt the rich, in order not to be thirsty in the afterlife, crammed copious stocks of it in the tombs. In Rome, on the other hand, it was considered a not very virile drink (matrons used it to lighten the skin) and Cesare, who had appreciated it at Cleopatra’s table, in Rome drank it only in private. As for the rest of Europe, the Germans, says Tacitus, had been gulping it down from the earliest times.

At one time even children drank it. But of course: in the past the water was almost always infected and risky.

The history of beer is intertwined with that of women. Because it confirms the essential role they have played in the family and community economy, as they have been preparing it for centuries. But it also confirms the iniquities they have suffered. Just think: since it could happen that, to flavor it, herbs whose toxicity was unknown were used with serious consequences for the drinker, the woman who had prepared it ended up at the stake as a poisoner. Adding the echo of these condemnations to the tradition whereby the brewers used a cone-shaped hat and placed a broom against the door in order to be recognized in the crowd of markets, the figure of the witch was born from the beer trade.

But beer was also prepared in the convent: the Trappist monasteries and abbeys of San Gallo and Montecassino excelled in the art of producing it. And, speaking of the introduction of hops, one cannot fail to mention Hildeburg von Bingen, botanical nun and healer. Furthermore: if in Italy, the land of wine, beer has not always received adequate recognition (the first to enhance its merits was Francesco Leonardi, Richelieu’s chef), in Bavaria beer was considered so essential to state functioning that, in order to produce it, it was necessary to demonstrate mirrored morality. So, according to the ethical criteria of the time, bastard children and adulterers could not be brewers. And, to remain within the scope of the diversity of criteria, did you know that in the north we get drunk more than we do, not only because the climate justifies the libations, but because the beret, criticized by us, has a positive value? In that, by exalting us, it puts us in contact with the gods.

And in Naples? Luigi Caflish wanted the first brewery in Naples, the brilliant founder of the Toledo pastry shop where good society met for more than a century. The book ends by suggesting to the gastronomes a series of appetizing recipes whose secret obviously is beer.