“He had a son”: this is why the uncle shot his nephew 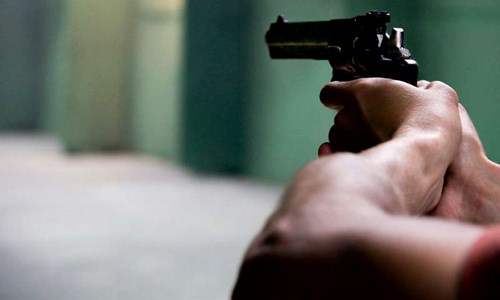 A 53-year-old man fired several bullets at his nephew and caused his injury, just because of a family dispute that developed between the two | The prosecution filed an indictment against him today: “He chose to end a long-running family dispute by firing a potentially fatal shot at his nephew who had a son.”

The Central District Attorney’s Office today filed an indictment in the Central District Court against Tamim Taha, 53, of Kfar Qassem, for attempted murder and carrying a weapon, and against his nephew Suhaib Taha, 38, of Kfar Qassem, for carrying a weapon and aiding and abetting, following an incident in which he was shot and wounded. Hard relative of the defendants who was with them in the conflict.

According to the indictment, filed by Adv. Eliram Galam, the two defendants are relatives, while Taha is in a dispute with two of his other nephews over a plot of land in Kafr Qassem. For medical treatment.After the brawl in which he was injured, Taha was traveling with Taha in his vehicle, when during the ride the two passed the vehicle of one of the nephews who were involved in the brawl.In light of the above the two vehicles stopped, and their occupants got out of the vehicles and advanced towards each other.

Urgence began between Taha and Taha’s nephew, after which Taha took a gun in his possession and fired several shots at his nephew, while the nephew was on the floor and bleeding, the defendants left the place in the direction of Kafr Qassem and were eventually arrested while hiding in the Palestinian Authority.

Simultaneously with the indictment, an arrest request was filed in which Advocate Galam noted on Taha that “he chose to end a protracted family dispute by shooting a deadly potentially at his nephew who he had as a son, did not stop firing even though the victim fell to the ground.”

READ Also:  A quarter of parents spend less than two hours a day with their children

As of the date of filing the indictment the nephew who was shot is still hospitalized while being anesthetized and respirated due to severe injuries sustained as a result of the shooting.

Severe fibromyalgia for over 500 thousand Italians who suffer even for years before reaching the diagnosis – time.news

Catania, an obituary from 1978 near the remains...

Antisemitism in the heart of London: Muslims attack...

Sea buckthorn dying on Hiddensee: Everything hurts so...