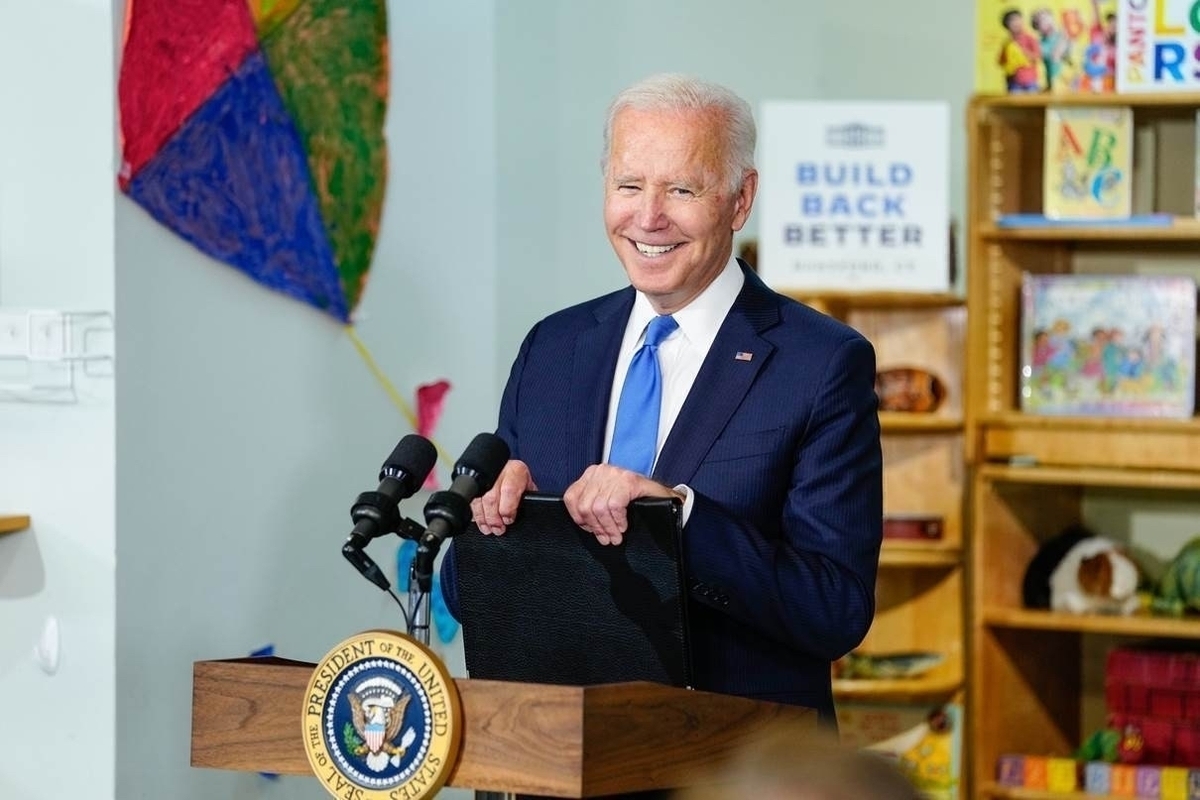 Families of illegal immigrants, forcibly disunited at the border, can count on the payment of monetary compensation in the amount of $ 450 thousand. This is more than the relatives of the American military who died on the battlefield, or those who ended up behind bars due to a miscarriage of justice.

When Fox News reporter Peter Doosey asked the president about it, he angrily dismissed the question as “absurd crap.” Apparently, because it was asked by a representative of a “hostile organization”. But literally the next day, White House press secretary Karin Jean-Pierre made a statement from which it followed that Biden was not at all opposed to atonement in this way to illegal migrants, severely offended by the previous administration. Reacting to the statement of his spokesman, Biden pretended to have forgotten, or in fact forgot what he said initially, and completely agreed with her, because “unfortunate people have lost their children and deserve fair compensation for this.”

Five and a half thousand, if I may say so, “victims” are represented by lawyers of the leading human rights organization “American Civil Liberties Union”, ACLU.

Illegal Latinos, of course, did not lose any children, they were separated from them by border guards in full accordance with the then policy of “zero tolerance” introduced by Trump in 2018 and lasted only one and a half months. This policy envisaged not only the deportation of border violators, but their arrest and detention. This is exactly the same tactic that Texas Governor Greg Abbott recently adopted in order to somehow try to intimidate the aliens and stop the refugee columns moving towards the American border. However, what to do with the children who were together with adults and whom they passed off as relatives, although they were often completely strangers and cynically used by offenders as a cherished golden key to the American border lock? Not to put them in jail together with adults? Therefore, they were sent to shelters or transferred to relatives. And now ordinary taxpayers have to pay for this “deeply immoral monstrous crime”? Probably so that the refugees could pay off the debt to the smugglers who transported them to the United States, or send money to relatives at home to pay for carrier services in the future.

When convicted American criminals are forcibly separated from their children, the law does not consider this to be an act deserving of monetary compensation. And Trump’s policy, albeit insufficiently thought out and hastily implemented, was one hundred percent legal. Unlike the actions of illegal immigrants. The law obliges to place border violators in custody until the completion of administrative court hearings in deportation cases. Nowhere in the law does it say that family members should be kept together; before Trump, this was just a standard practice, historically established under the rule of both Democratic and Republican presidents.

In fairness, we add that in the confusion that reigned at the checkpoint, the Immigration Service did not always accurately keep track of the places where the children were sent, and it took it some time to find them. Some adults were deported home without children. The Biden members want to let such parents into the United States and give them another chance to gain political asylum.

The total amount of monetary compensation intended for illegal immigrants is estimated to be at least $ 1 billion. Plus or minus, depending on the results of negotiations that the administration is now conducting with the plaintiffs. She was motivated to negotiate by the sacred fury with which the Republican Party responded to the news of the impending compensation.

According to opinion polls, more than two-thirds of Americans consider the innovation of the Baydenites to be completely unacceptable, among the Republicans the number of opponents exceeds 85%, among the Democrats there are slightly more than half of them. It is not clear from the questionnaire whether the very idea of ​​paying compensation to illegal immigrants or just a colossal amount of payment causes rejection among the respondents.

It is curious whether another sensation awaits us in the near future that the White House is planning compensation payments to the relatives of those killed during illegal border crossing? There were 557 of them, according to the Immigration Service, over the past year. This is a record that would have been even higher if the border guards had not shown heightened consciousness, which resulted in the rescue of 12.8 thousand illegal immigrants from imminent death. This is also a new record, which is more than double the previous one.

Most of the dead – victims of heat or cold, some died, falling from a barrier at the border, or drowned in the Rio Grande. There has also been an increase in the number of deaths when the police chase vehicles carrying refugees.

Newspaper headline:
The price of parting is half a million

Atlantic and Mediterranean coast: what is this species of fish that bites swimmers’ legs?
Posted onAugust 10, 2022

What you shouldn’t forget about Berlin’s bathing lakes
Posted onAugust 10, 2022

second consecutive victory for Marianne Vos at the Tour of Scandinavia
Posted onAugust 10, 2022