Pope’s trip to Iraq, the step forward towards the Shiites, this is how Francis strengthens the dialogue – time.news 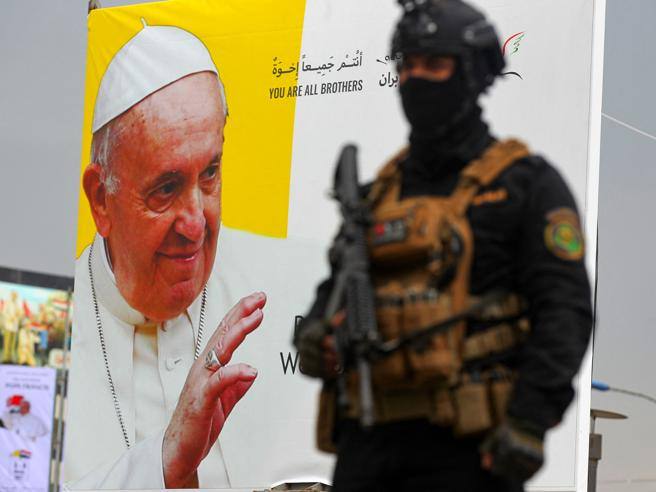 Pope Francis’ trip to Iraq highlights the new reality of relations between Catholics and Muslims, despite the persistent expressions of violence. Relations have never been easy, even after Vatican II’s opening to dialogue. Also because, since the 1960s, the Muslim world has taken on greater prominence. And then, since 1979, with Khomeini’s return to Iran, one is affirmed Islamic liberation theology, widespread in various versions, welded to the radical insurgency among the Sunnis. Traditional Islam shaken in many countries by fundamentalist religious who trained in the Wahhabi school in Saudi Arabia.

John Paul II, convinced that the relationship with Islam was decisive, worked on the meeting with Muslim leaders. Launch, in Assisi in 1986, an original interreligious prayer meeting, in which Muslims were one of the religions present. On 11 February 2001, however, it seems to confirm that the reality of relations between Christianity / the West and Islam was more the clash of civilizations, foreseen by Huntington, than dialogue. But Wojtyla did not accept it: in 2002 he promoted another meeting in the spirit of Assisi and opposed the Western war on Iraq. In the Catholic world, his line was not unanimous, while it insisted on the unreformable warlike character of Islam. And the spread of Islamic radicalism seemed to confirm this.

In 2006, Benedict XVI’s speech in Regensburg (which cited a severe Byzantine judgment on Muhammad) sparked a harsh Muslim reaction, including violence, including the killing of two priests in Iraq. The climate was one of opposition, confirming the thesis on incompatibility, despite Pope Ratzinger’s attempts for pacification. Thus Francesco’s beginnings were not easy. The largest Sunni Muslim institution, Al Azhar University, led by Grand Imam Al Tayyb (which was trying to take it to positions independent of the state and less national), she declared muqata’a, that is, the embargo of relations with the Church.

The prayer, called by Francis in 2013, to avoid the escalation of the war in Syria, was a signal. But relations were tense, so much so that Al Tayyb’s visit to Rome (much hoped for and with various intermediaries) arrived only in 2016, reciprocated – a year later – by the Pope in Cairo. Here the Islamic leader called him brother and organized around him a meeting of religious exponents, including Jews, in which the relationship between religion and violence was discussed. The modality of the interreligious meeting also penetrated Islam, while Al Tayybit was taking on a more universal role of reference in the Muslim world.

He was able to interpret, in Islamic orthodoxy and with a sensitivity linked to the Sufi tradition, the sentiment of a large part of Muslims, uneasy about identifying with terrorism and Daesh. From the relations between the Vatican and Al Azhar comes the document on Human Brotherhood for World Peace and Common Coexistence, which affirms the condemnation of violence in the name of religion, but also religious freedom, dialogue, full citizenship of minorities. Thus a platform is offered to Muslims to distance themselves from radicalism and establish a positive relationship with the world. It is not a question of theological dialogue, but of collaboration on issues, later re-launched by the Pope in the encyclical Fratelli tutti, also citing the great imam. In a few years, relations between the Vatican and the Sunnis have been turned upside down and offer an edge to Muslims, eager to escape from the shadow of the terrorist jihad which, on the other hand, it continues to be a growing alternative in various countries, including African ones.

During his trip to Iraq, Francis takes a first step towards the Shiites, visiting their largest holy city, Najaf, in particular the great Ayatollah Al Sistani, the highest Shiite authority. Here, not as among the Sunnis, there is a representative hierarchy and – unlike the Iranian Shiites – some separation between religion and politics is practiced. An inscription, addressed to the Pope, stands out in Najaf: You are part of us, we are part of you. The initiative of the visit touched the Shiites, the majority in Iraq. Those Iranians follow interested. Thus Pope Francis’ contact with the various Muslim traditions is completed. Many problems remain open but, within a few years, a decisive change has taken place in relations with Islam, a world with many faces.

The company must pay the cost of prescription glasses to employees who work with screens – Health and Medicine
Posted onFebruary 4, 2023February 4, 2023