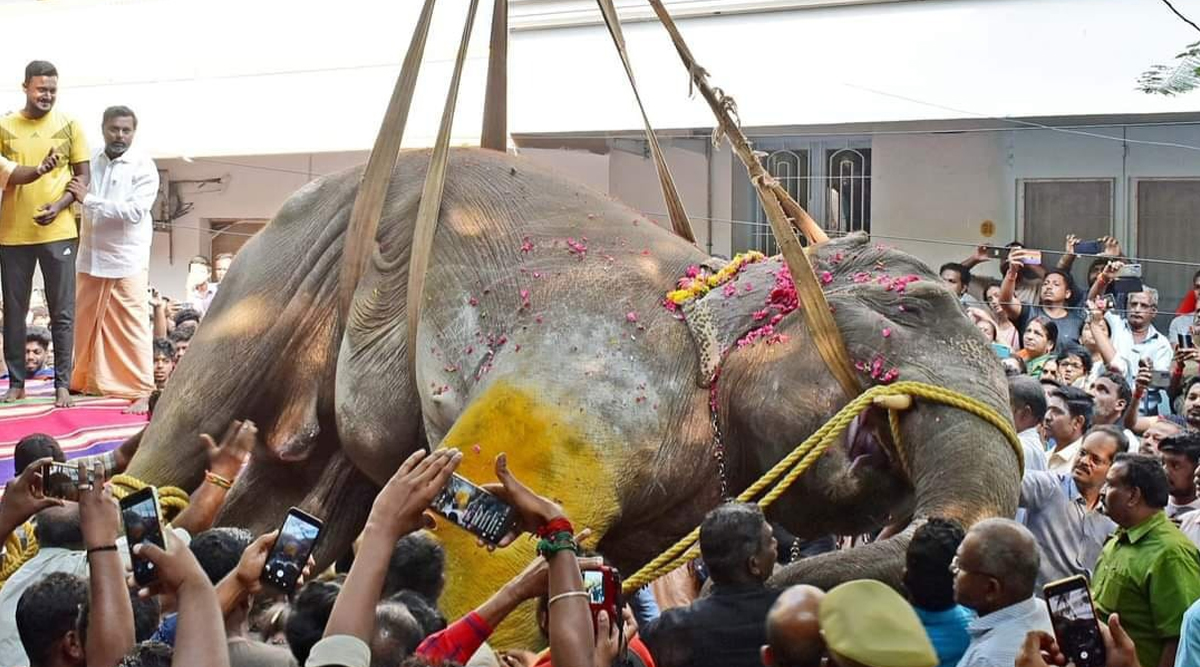 An elephant at the famous Manakkula Vinayagar temple in Puducherry suddenly fainted and died today while walking.

Manakkula Ganesha Temple is one of the famous temples in Puducherry. In this temple since 1997, an elephant named Lakshmi has been blessing the devotees visiting the temple. This elephant, which has been in the same temple since the age of 5, is visited by all the devotees, from children to adults.

Meanwhile, a 48-day revival camp is held annually for temple elephants in Tamil Nadu. Lakshmi, the elephant of Manakula Vinayagar temple, also participated in this camp. But in the last few years, due to the corona virus, the elephant rehabilitation camp was stopped.

As a result, for the last 2 years, as per the instructions of the forest department, the temple administration had arranged for the elephant Lakshmi to rest for 15 days in the shed in the Vedapureeswarar temple complex. Meanwhile, today the elephant Lakshmi suddenly fainted near Kalve College while she was walking from her residence.

After this, the medical team was immediately informed, but the doctor who arrived shortly after examining the elephant said that the elephant had died. While this incident has left many people sad, the body of the elephant Lakshmi has been kept for the devotees to pay their respects.

In 1996, a committee headed by Vaidyanathan Mudaliyar, chairman of the temple trustees, made a request to the then Chief Minister Janakiraman to buy an elephant for Puducherry Arulmiku Manakkula Vinayagar Temple. After considering this petition, Chief Minister Janakiraman, led by Vaidyanathan Mudaliyar, made a request to Kalapattu Campak Private Factory.

Krishnamurthy Rao, the chief officer of the company who accepted this request, bought the elephant from Thiruvananthapuram, Kerala and handed it over to the Manakula Vinayagar temple on 30.10.1997 as per the order of the Chief Minister. An elephant named Lakshmi, who had been under the care of the Manakula Vinayagar temple administration for 25 years, has died now, leaving everyone saddened.

Tamil Indian of Express AllNews tooImmediately Telegram In the app to gethttps://t.me/ietamil