School starts again, from the green pass for teachers to pads and distances: thus 8 and a half million students return to class 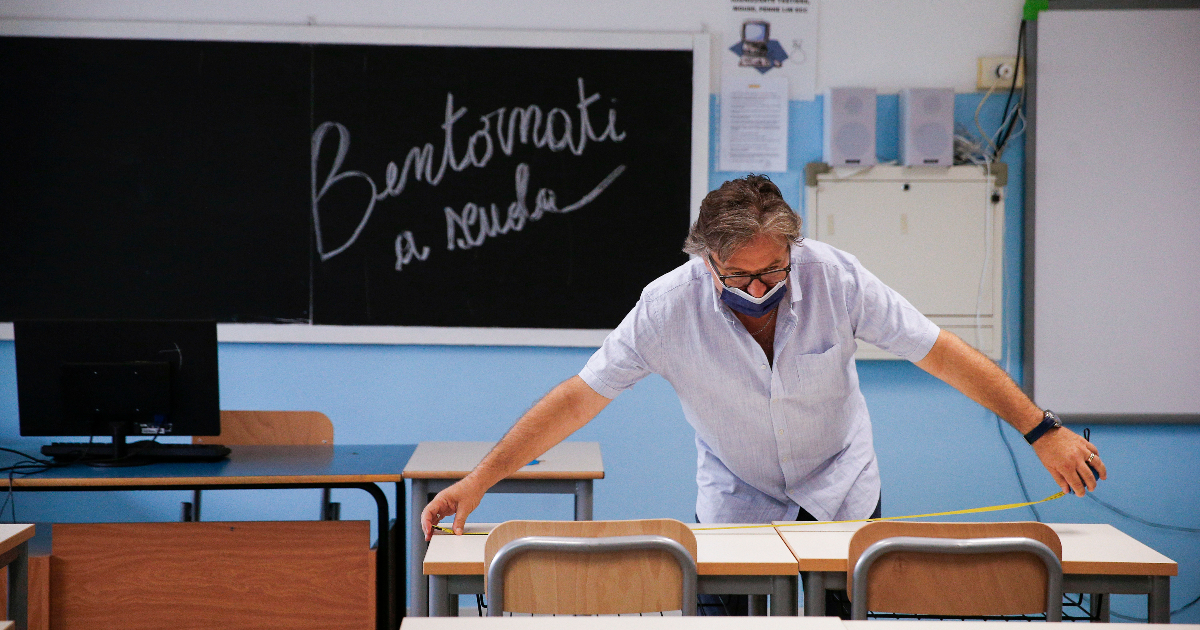 Green pass for everyone except students, salivary swabs randomly, bezels and spacing in the classroom, in the corridors and in the gym. But also staggered admissions and the use of the Dad in case of contagion but only for the class of the person concerned. These are the measures with which the school prepares to face thestart of the year 2021-2022 in pandemic after the summer break: a restart that in half of the country is scheduled for tomorrow, Monday 13 September, while for the other regions it will take place progressively until the date of September 20 fixed in Calabria e Puglia. 368 thousand classes will reopen, for a total of 60 thousand professors e 8.5 million pupils between state and private schools, of which over 846 thousand in nursery schools, 2.3 million in elementary school, one and a half million in middle school and 2.6 million in high school. On paper we should return to the presence, but as ilfattoquotidiano.it told us from North to South there are still schools that, for lack of spaces, Monday morning they leave with a school timetable that covers at least one day of school, to be done in turn, from your own camera O sitting room.

The dad, therefore, does not go to the attic. For the rest, the first instrument adopted by the Government to fight Covid between the banks will be precisely the green certification, which will not only serve the teachers, al secretarial staff and there janitors, under penalty of suspension, but also to all those who for any reason enter the institutes, including i parents of the students. The control will rest with the school administrators, who will be called to respond with fines of up to one thousand euros in case of forgetfulness or omissions. A big problem, from this point of view, could arise in the case of nursery schools: in this age group it is normal for parents to be present at the beginning of school activity to facilitate their insertion into the new environment and this implies that, at an average of half a minute per person, in a typical school with 100 children, waiting time can be up to 50 minutes or at most half if two people are assigned to the control.

Green light also to the salivary swabs, so much so that the plan plans to monitor at least 55,000 pupils every 15 days. It is a sample of 110 thousand students per month, representative of the reference school population which amounts to a total of approximately 4.2 million pupils. To be involved, on a voluntary basis, boys and girls of elementary and middle school. In Lazio, an audience of 30,000 people has been identified: the first 17,000 tests will be made available to the commissioner.

As for life inside the institutes, the students over six years will have to continue to wear the mask during lessons: to provide it, as it already happened last year, will be the school and it will have to be exclusively about that surgical. Therefore, set aside the ffp2, the ffp3 and any other form of personal protective equipment not provided for by the protocol unless it is a matter of boys with hearing disabilities: they, their classmates and their teachers will be able to wear the transparent mask. The distancing of one meter (two in the gym) must also be respected in the common areas and corridors, where you will have to follow the paths indicated by the signs to reach the entrance and exit so as not to encounter flows of opposite direction. It is mandatory to change the air for 5-10 minutes every hour and when possible, recreation should be done outdoors: in some schools a bottle and a snack are required. 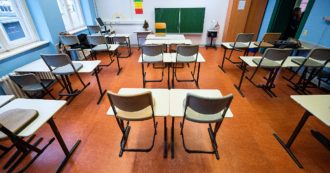 School and infections, what happened in the countries where it has already left: Germany widens the quarantine mesh to avoid dad

However, the movements to and from school structures will also change, with regard to this in primis ai entrance times, which will come smeared during the morning. In Milan, for example, 70% of high school students will enter before eight and the remaining 30% after 9.30, while in Rome the shifts will mostly be at eight and 9.40. In general, the time slots (with shifts possibly also in the afternoon) will be mandatory for secondary schools while for middle and elementary schools it will be decided locally. On the front of the transport, the minister Enrico Giovannini assured that the additional services made available by the regions are the triple than those of September 2020.

If in the classroom there is a case of positivity, it will be necessary to follow the rules established by the circular of the Ministry of Health differentiate close contacts from “low risk” ones. This category includes those “face to face” at a distance of less than two meters and for less than 15 minutes or those occurring in a closed environment for less than 15 minutes.

Tomorrow we start in ten regions: Lazio, Lombardy, Piedmont, Abruzzo, Basilicata, Emilia-Romagna, Umbria, Veneto, Valle d’Aosta and Trentino for a total of approx 4 million students. On September 6, 90,000 children had already started again in South Tyrol. The September 14 it’s up to Sardinia, the 15 a Campania, Molise, Marche, Liguria and Tuscany; the 16 it will be the turn of Sicily and Friuli-Venezia Giulia; Puglia and Calabria will close on 20 September.

| It can be said that life is intoxicating Mangalam
Posted onSeptember 25, 2022

20% increase in departures from the territory in France
Posted onSeptember 24, 2022
Menu