Carlos Tavares, the CEO of Stellantis, the giant born from the merger of FCA and Peugeot, said that Italian factories, compared to those of other countries, have too high costs. whose general secretary, Giustino D’Uva, commented: “We are not surprised at what Tavares said, because we knew that the sale of FCA to the French would lead to major problems for national production. However, we are very worried, as it is a prelude to a plan of dismantling of the Italian factories. Mostly we believe that the factories of Cassino, in the province of Frosinone, and of Melfi, in Basilicata are at risk; and if so far the redundancy fund has buffered the problem, the end of the layoffs block could cause the situation to explode In any case – concludes D’Uva – we will fight to prevent yet another havoc against Italian workers “.

The scoop of Affaritaliani has been confirmed, which on 25 March anticipated the news with the rumors that we propose below.

The rumor has been circulating with insistence for days in the Melfi plant, one of the flagships of the Stellantis group in Italy and which yesterday held the assemblies of the blue overalls of Fiom, metalworkers for which the layoffs were extended until May. Melfi is the site where the fourth largest automotive group in the world assembles the compact SUV 500 X, the Jeep Compass and the Jeep Renegade, models intended for the European and North American market.

According to reports from some union sources ad Affaritaliani.it, the spending review, that Stellantis is carrying out in Italy to face the moment of great difficulty in the four-wheeler market and that for the moment has generated a 10% cut in the costs of cleaning and canteen services (also to cope with the reduced presence of workers in the factories), it could extend to the closure of one of the two production lines in Basilicata.

The affected model would be that of the Jeep Renegade, production that it is not clear whether it will be completely abolished or moved beyond national borders to other plants of the Stellantis group. 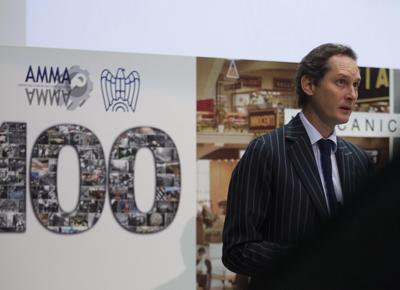 In addition to trying to get a few more elements from the company on the future business plan than the CEO Carlos Tavares will present at the end of this year, the topic of spending savings he was born in production cut in Melfi of one of the top models of the group will be on the table of the face-to-face meeting in Turin between the company and the trade unions.

After the request on March 5 by Fiom for a meeting with the management of Stellantis, the group responded today by fixing for the April 15, the first official face to face, after the first round of visits courtesy by Tavares, in which however the Ceo immediately put in the sights “the high industrial costs“in the Italian factories. Where for now almost all of them are resorting to social shock absorbers.