The hunt for the tree of gods 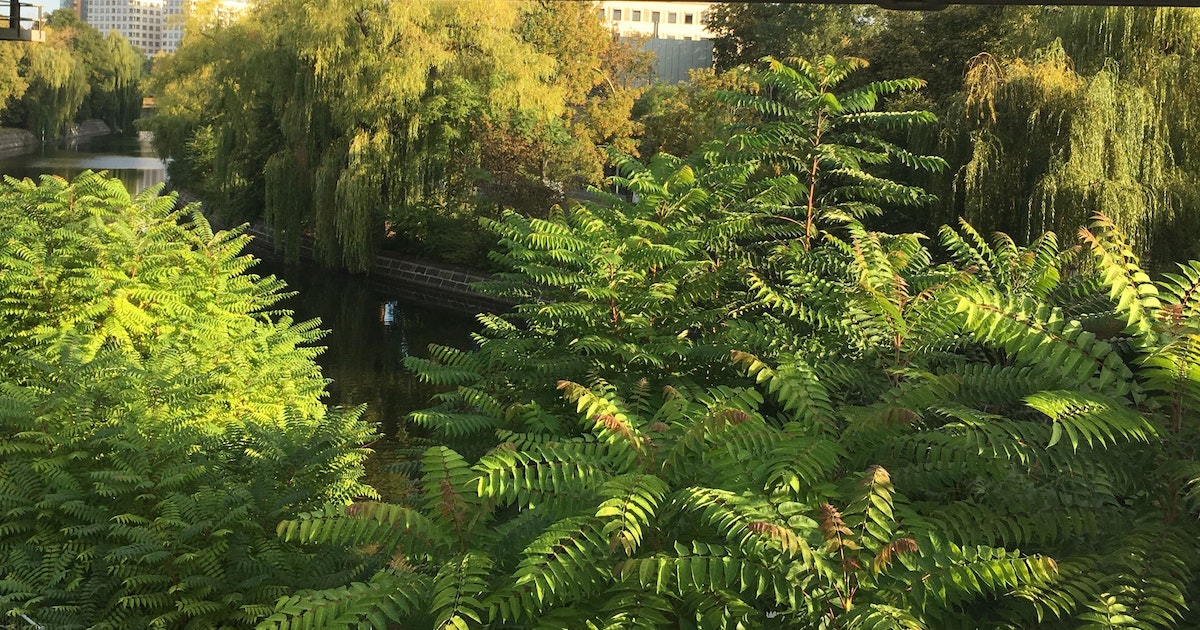 Berlin – He’s actually a nice guy, after all, the tree of the gods grows without any problems on stony fallow land, the leaves of the pioneer tree become life-giving humus. Nevertheless, the plant from Southeast Asia has made itself unpopular – in Berlin, oh what, in all of Europe! With the outrageous way of pushing yourself in between, leaving no space for others, and growing even after being thrown out by cutting off and digging up the roots, the tree of the gods landed at number 1 on the death list of Berlin gardeners.

The editors of the botanist Hartmut Ern drew attention to this. As a long-time scientific director of the Dahlem Botanical Garden, he recognized the danger in the public Wilmersdorf green area. I visited the culprit together with the professor. The tree is definitely 25 meters high, leaves lush green, red-gold plump seed heads. Normally one would be happy to see such a neat sight.

We are not. Hartmut Ern explains that the tree of gods is zero social, rather a bad repressor. His migration story begins as an invited and admired guest; from the 18th century he was used to decorate European gardens. If he was reluctant at first, the global warming of the past decades made it easier for the cold-sensitive wood to multiply, more and more seedlings appear everywhere – you can’t look that fast.

Now such a plant could be ideal for the warming city, but because it displaces the other plants, the stranger makes himself unpopular. Two years ago this culminated in the EU’s trade and planting ban, it is called “invasive species”, and he is also responsible for pollen allergies – it couldn’t be worse! The district environmental agency I interviewed writes that around 106 older specimens are being strictly observed in public parks and streets. “Seedlings are removed as far as possible or eliminated during the mowing on the median. A control is not always possible for the department either, since this extremely fast-growing wood spreads particularly on fallow land, railway areas and other areas for which the green space department is not responsible. “