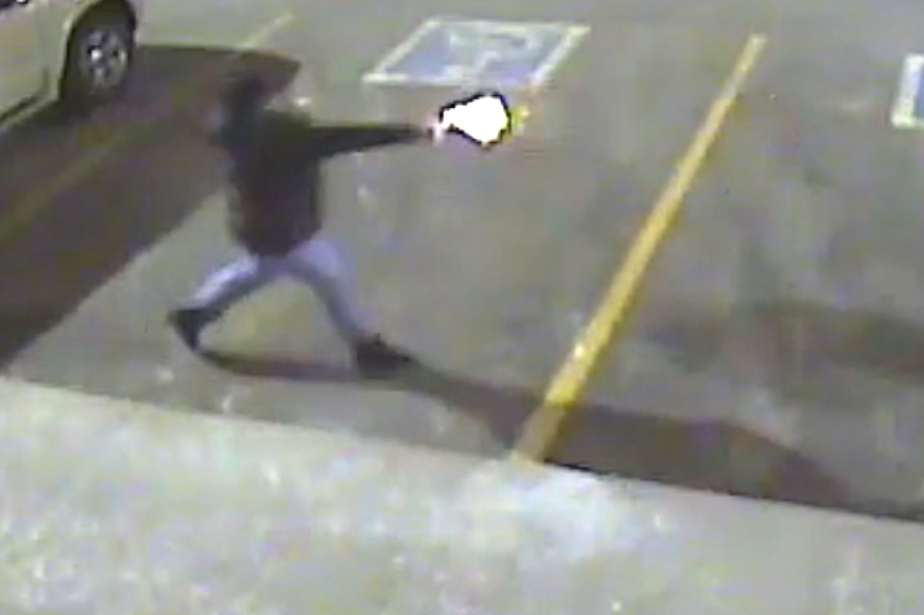 It took five weeks after the attempted murder against mafia boss Salvatore Scoppa on February 21, 2017 at the exit of a restaurant in Terrebonne, for the alleged shooter, Frédérick Silva, to be identified by the police.

This was told on Monday by an investigator from the Sûreté du Québec, Samuel Beaudet, at the trial of Silva, accused of the attempted murder against Salvatore Scoppa, but also of the murders of three other individuals, two of whom would have been linked to the organized crime, and for which the evidence will be presented later.

The witness submitted photos and videos of the events.

In one of the videos, we see Scoppa, who has just left the restaurant, opening his car door to a woman accompanying him. As he walks back past his vehicle to get on, he comes to a stop and a figure unloads a gun at him. Scoppa runs and falls heavily to the ground, visibly hurt. He gets up and starts running again, followed by the suspect who continues to shoot. Then the two men leave the frame of the image.

Customers in a hurry

That evening, Salvatore Scoppa was shot by an individual who was part of a group of 11 men who appeared to wait for the Mafioso to leave the restaurant before attacking him.

According to the testimony of the investigator Beaudet, Scoppa arrived at the Houston restaurant with the woman at 6:17 p.m. At 7:27 p.m., an individual whom the investigator identifies as Jonathan Massari entered the restaurant. stopped in the hall for a few seconds to manipulate his cell phone and joined Scoppa at table 43.

Starting at 7:44 p.m., 11 individuals arriving in several vehicles began to enter the restaurant and sit at tables 10 and 11 located near the door. At one point, three or four of them moved around the restaurant as if they were scouting the premises.

At around 8:20 p.m., Salvatore Scoppa, his partner and Jonathan Massari left the restaurant, followed a few minutes later by the 11 men who hardly stayed more than half an hour in the establishment. One of them stopped before going through the first interior door, let one of his friends pass while taking an object out of his pocket and holding it in his right hand, before following the movement of the others and go out in turn.

It was at this point that Salvatore Scoppa was attacked.

Dispatched to the scene, investigator Beaudet peeled the images from the restaurant’s surveillance cameras overnight following the attack and took 117 screenshots to identify the suspects.

He prepared corporate circulars – photos and descriptions of suspects – which were sent to several police forces, to help identify suspects. It was only five weeks later that an investigator from the Organized Crime Division of the SPVM identified Frédérick Silva as the shooter. Investigator Beaudet then asked for fringes of Frédérick Silva in the following April and May to get to the bottom of it.

According to admissions made by the Prosecution and the Defense, on the evening of February 21, 2017, “Salvatore Scoppa was admitted to the emergency room of a hospital after being hit by firearm projectiles which in particular caused a fracture of his body. the right humerus (arm bone) requiring surgery ”.

At the crime scene on the evening of the events, the police discovered several pieces of metal probably coming from the ties of the Parajumper brand coat worn by Scoppa, and these were examined at the Forensic Science and Forensic Medicine Laboratory of Quebec for check if the breakages were compatible with the trajectories of firearm projectiles, explained the witness Beaudet.

While fleeing from the gunman, Salvatore Scoppa also dropped his car keys in an alley. The police found them and used them to start the mafia vehicle left behind.

“The vehicle, a 2016 Toyota Camry, was armored and had oversized windows that did not come down completely, and flashing lights at the front,” said investigator Beaudet.

The latter then had the homemade system of rotating beacons removed and had the car weighed by road inspectors from the Société automobile du Québec (SAAQ) to check if it met the weight and construction standards of the 2016 Toyota Camry, which was not. The SAAQ then began proceedings to have the right to operate the car withdrawn and had discussions with Salvatore Scoppa, the outcome of which the witness did not know.