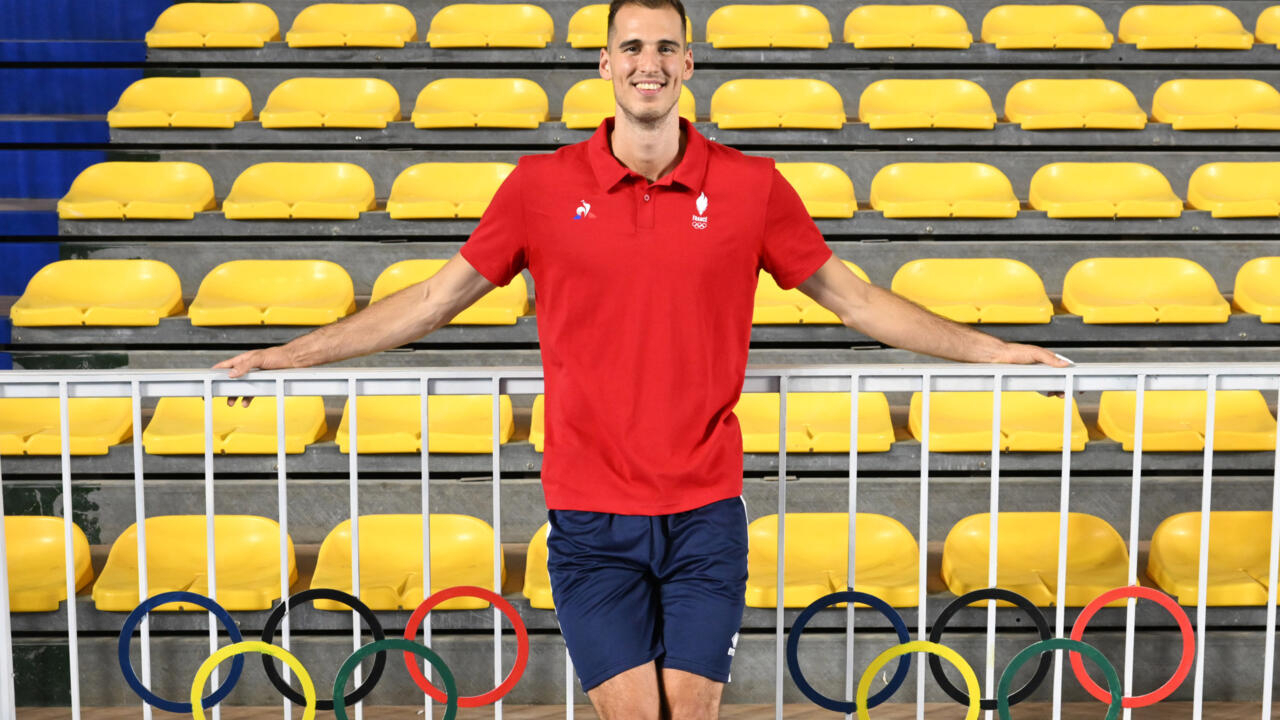 With an Olympic champion title in Tokyo, France shone last summer in volleyball. This time, it’s team A’ that sticks to it and dreams of also winning gold in Oran, as part of the Mediterranean Games. Luka Basic is part of the band.

From our special correspondent in Oran,

Wear the blue jersey and savor Olympism across the Mediterranean basin. This is the ambition of Luca Basic, who arrived on Thursday June 23 in Oran. Flag bearer during the opening ceremony on Saturday June 25, Luka Basic is therefore part of the band. He had already been on the trip during the previous Mediterranean Games in Tarragona, Spain. At the time, the Blues lost in the quarter-finals to Greece, their first opponent in this new edition.

« Yes, this competition is a little closer to the Olympic format is it’s a great experience and good preparation “, says the one who gladly puts the cover back in the hope of shining and being present with France at Paris 2024. The absolute dream for this young man who started volleyball at the age of six. He also tried football, tennis and even field hockey!

The whole Basic family is immersed in this sport. Parents played volleyball at the time of the former Yugoslavia, and her sister also practices this discipline. If the Mediterranean Games are not yet very publicized, Luka Basic, 26, born in Rennes, considers that the event is important. ” You have to perform, even if it’s less challenging than the Olympics. The big unknown is knowing which players will be sent by the participating countries. For France and Italy it’s the A’ team, but the other nations can field the A team. It’s more difficult to prepare and it makes our sense of adaptation work. There are players that we have never faced », pointe Luka Basic.

Algeria on the program of the Blues

« I like the idea of ​​bringing together people from the Mediterranean, not just from Europe or Africa “, rejoices Luka Basic who will face Algeria in the second group match. “ It should be a great moment, because the Algerian players will be supported by their home crowd. They will give everything. I imagine everyone wants to beat the reigning Olympic champion nation “says Luka Basic.

For its third meeting, France will face Turkey, a ” great volleyball nation with a big tank “, according to the former Milan player. ” We have to honor our status. We have a responsibility “, he concludes. Only the last of the group is eliminated. The quarter-finals will follow from June 30. The final is scheduled for Monday, July 4.