At a meeting in the White House, the government and the Russian Union of Industrialists and Entrepreneurs (RSPP) reached a compromise on two innovations in taxation. The results of a long discussion were summed up by Prime Minister Mikhail Mishustin: taxation of metallurgists will be adopted at slightly lower rates than the Finance Ministry proposed. The issue of income tax on high corporate dividends has been postponed. During the discussion, it was confirmed that the purpose of the White House in these actions is not actually fiscal. “We do not want to count the funds in your pockets, but to make a fair system of receiving dividends depending on investments,” the Prime Minister said. The government insists on the general principles of taxation “from market prices” in order to finance the fight against poverty – this requires stable tax sources. The White House also recalled the global reform of income taxation within the framework of the OECD and “carbon” regulation – the economy and the tax system of the Russian Federation should be ready for them by 2023, and the tax initiatives of 2021 are one of the options for such preparation.

The meeting of the government and the Russian Union of Industrialists and Entrepreneurs in the White House was one of the most representative of such meetings. Based on the lists of participants, a significant part of the government took part in it, including the Prime Minister, First Deputy Prime Minister Andrei Belousov, Deputy Prime Minister and Chief of Staff of the Government Dmitry Grigorenko, Finance Ministers Anton Siluanov, Economics Maxim Reshetnikov, Industry Denis Manturov, Head of the Federal Tax Service Daniil Yegorov … Large business was mainly represented by the owners of key industrial assets – including Roman Abramovich, Vladimir Potanin, Oleg Deripaska, Vladimir Lisin, Alexey Mordashov, management and owners of large metallurgical and chemical groups. Formally, the subject of the meeting was two issues not coordinated with the Russian Union of Industrialists and Entrepreneurs in recent weeks from the package of tax amendments of the Ministry of Finance to the draft budget for 2022-2024. The first is a formally local issue of taxation of metallurgists (the government and the Russian Union of Industrialists and Entrepreneurs agreed on taxation of producers of fertilizers, coal and complex ores earlier), the second is a common one for the economy: this is a project to increase income tax rates from 2022 for large companies that have carried out large dividend payments.

In the current conjuncture, the questions turned out to be related: profits of metallurgists in 2020-2021 due to the rise in metal prices are high, and the RUIE perceived what was happening partly as an attempt by the White House to withdraw excess profits for purely fiscal purposes.

Note that the situation on the eve of the meeting looked rather contradictory. On the one hand, the head of the Russian Union of Industrialists and Entrepreneurs, Alexander Shokhin, confirmed in his speech: unprecedentedly close consultations were conducted with the companies and the union, de facto they were talking about negotiations on taxes and their rates. On the other hand, the majority of RSPP companies rejected the idea of ​​a “tax on excess profits in dividends” (see Kommersant of September 22) in the implementation of the Ministry of Finance for a variety of reasons – from the very “retrospective” nature of the tax change (the head of the RSPP explained that it looks like actual fine from the taxpayer for absolutely legal actions in the past) before refusing to take into account the nature of investment cycles in industries and limiting cross-industry investments through dividends of public companies. However, according to Kommersant’s information, a unified position on which approach to tax incentives for investment is preferable for the RUIE was not presented at the meeting: businesses offered the most exotic options, including “individual investment assignments” to large owners.

But the majority in the Russian Union of Industrialists and Entrepreneurs was unanimous that the issue was “crude”, and the introduction of such a tax until 2022 and in retrospective form would be a blow to the investment climate. At the same time, Alexander Shokhin himself urged to resolve the issue as quickly as possible – uncertainty on this issue would damage the jurisdiction of the Russian Federation rather quickly.

In the medium term, the RSPP’s claims for this tax look justified – for example, now the state of metallurgy in the Russian Federation is much better than its competitors in the CIS and Europe (and capitalization is higher) due to the largest investments of the last decade. In addition, investments of holdings (through dividends) in retail, IT, e-commerce are a driver of GDP growth, while “forced investment” in their sectors can only lead to the creation of excess capacity.

At the same time, in the speeches of both Andrei Belousov and Anton Siluanov, “justice”, often “social justice”, was constantly emphasized, somehow connected with the decision of both the mineral extraction tax of metallurgists and the question of the “tax on excess profits”: Andrei Belousov even recalled the RSPP quote from Maxim Gorky’s 1932 article “Who are you, masters of culture with?”

In the course of a long discussion, it turned out that the issue is much more complicated, and the words “I don’t want to count your profits” and “there is no fiscal approach here” by Mikhail Mishustin, the members of the Russian Union of Industrialists and Entrepreneurs, apparently, at first simply did not understand, as well as his messages that “There is a demand for social justice in society”. The explanations of the government, which mainly came from the Prime Minister, about why they had to initiate, albeit a fair one in principle (they do not argue with this in the RUIE), for what exactly in 2021 they had to initiate an unexpected program of linking the mineral extraction tax and excise taxes for metallurgists and chemists to the world prices for their products, as well as what goals the “surplus income tax” pursues, turned out to be much more complicated than assumptions – the emotional statement of the Prime Minister “This is not a tax office!” was confirmed by rational arguments, which the RUIE eventually accepted.

The White House’s “non-fiscal” goal is to define a stable and market-independent tax base to meet “national development goals”.

So, in particular, Mikhail Mishustin emphasized that the poverty alleviation program (in this case, obviously, we are talking about a system of targeted benefits for the poorest families with children) costs about 600 billion rubles. per year and instability of the tax base for such expenses is not in the interests of the largest business: “Compromise” decisions from 2023 should replace permanent ones, while no fundamental changes in the tax system are expected. Second point – adaptation of both business and the tax system under the “carbon” tax in the EU and the USA: It is interesting that the head of Metalloinvest, Nazim Efendiev, and Andrey Belousov spoke about this in the context of the need to stimulate green investments, while metallurgists opposed him with “withdrawal of funds for investment.” In this light, both the changes in the mineral extraction tax and other initiatives are considered preparation for future carbon regulation.

Finally, the third problem, which the Prime Minister reminded the owners of, is introduction to the OECD of general principles of minimum taxation of profits… It is not known whether the Russian Federation will be able to officially join the OECD initiative (now it has 132 jurisdictions); nevertheless, the system of “two levels” of control (Pillar1 and Pillar2) of income tax will become a reality for Russian holdings operating not only in the jurisdiction of the Russian Federation, a reality. Under Pillar1, excess profits will be withdrawn in one way or another in most countries of the world, but mining taxes remain nationally regulated. According to Mikhail Mishustin, it is rational to pay attention to the opportunities offered to Russian companies in the SAR in Kaliningrad and Vladivostok. The arguments of the companies that they are reinvesting dividends in the Russian Federation, the Prime Minister explained, can be confirmed by the disclosure of information – the White House would welcome this. But in any case, to adapt to the new global tax reality, the RUIE will have to work with the White House.

In this context, the problem of the two disputed taxes looked completely different, especially since in the final Mikhail Mishustin demonstrated his maximum readiness for a compromise. Taxes on metallurgists will be raised even to a lesser extent than the minimum rate proposed by the Ministry of Finance, and the question of the “tax on overdividends” has been postponed – it will be dealt with by a working group of the Russian Union of Industrialists and Entrepreneurs and State Secretary of the Ministry of Finance Alexei Sazanov. The experts interviewed by Kommersant, we note, consider the decision to be a real compromise between big business and the government. Another thing is no less important – according to Kommersant’s information, the meeting approved the expansion of the established practice of close consultations between the Russian Union of Industrialists and Entrepreneurs and the government on continuing to prepare the economy for the inevitable changes until 2023. The parties can come to them together or separately, but it is impossible not to come. 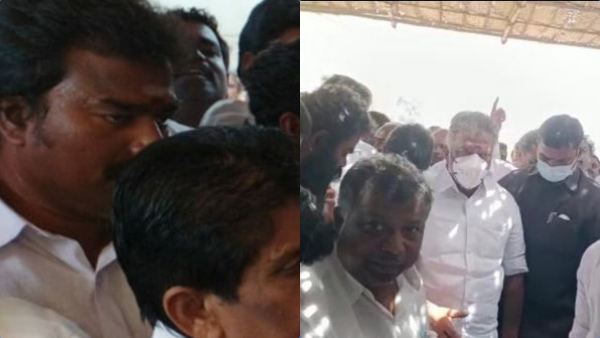 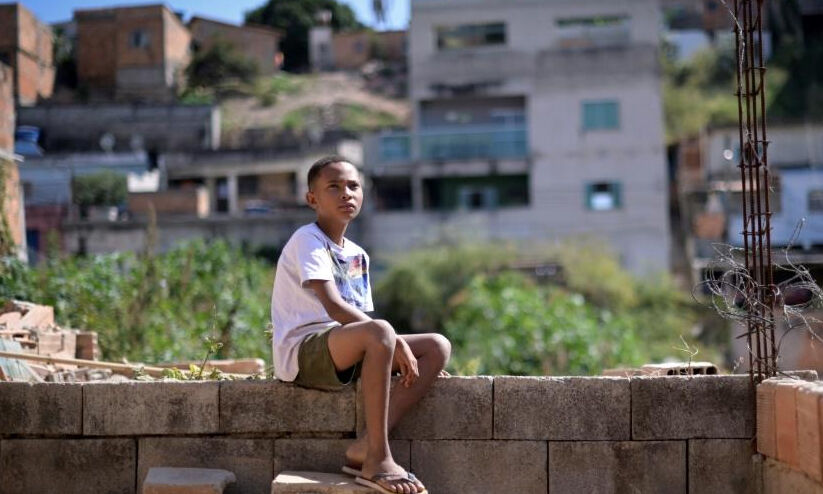 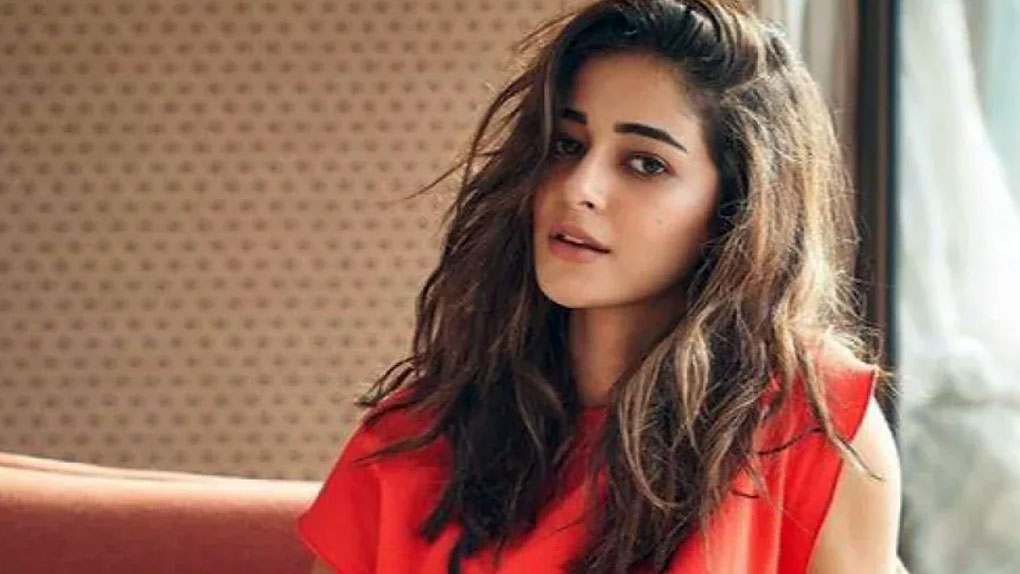 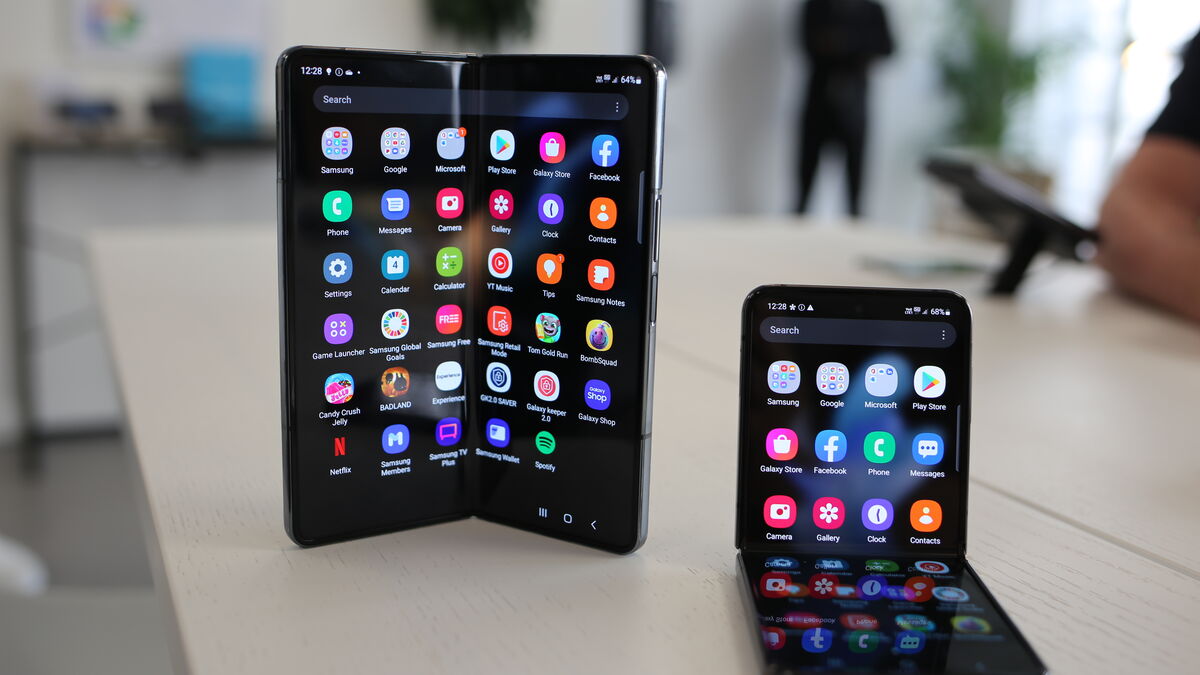 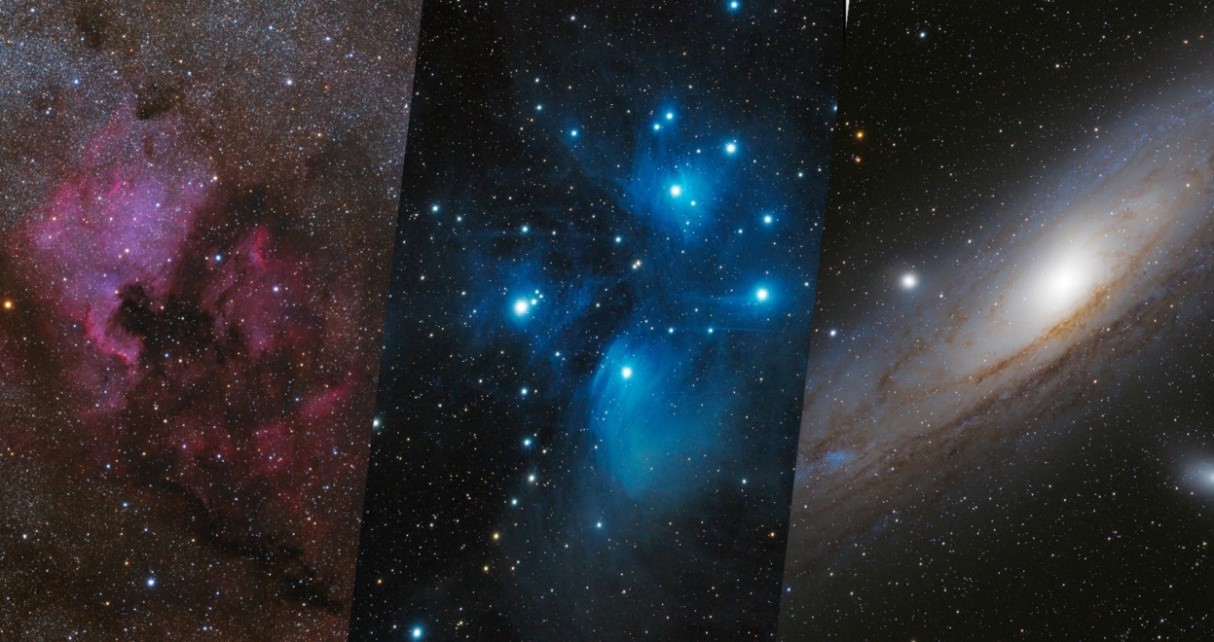 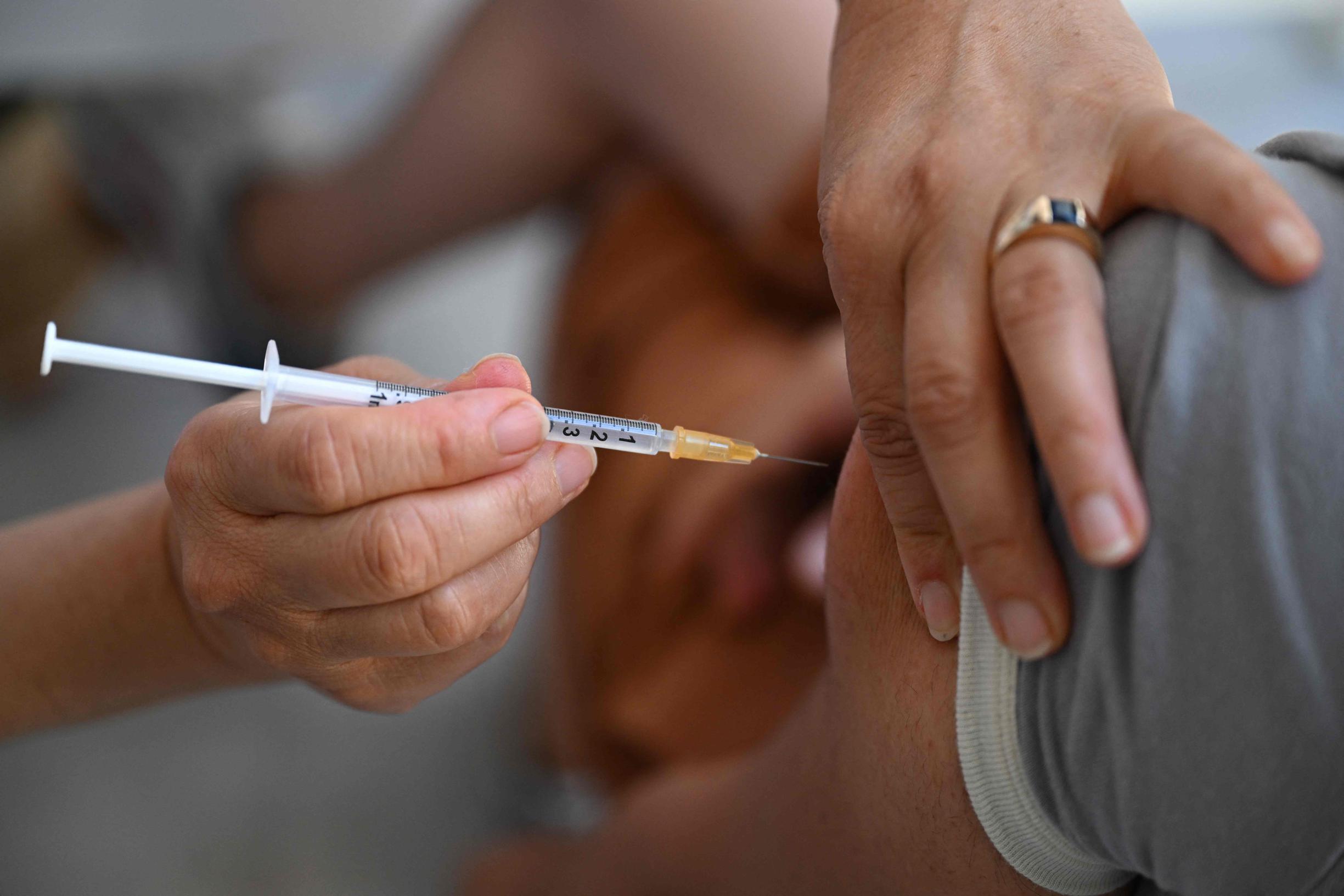 “10 provinces with the highest infections” Bangkok, accumulated over 460,000 cases, keeping an eye on Khon Kaen and Korat
Posted onAugust 10, 2022

‘We have nothing to eat’, the police were shocked to hear the child’s complaint; A heap of help followed Flood of donations for hungry Brazilian boy who called police
Posted onAugust 10, 2022
Menu