Delivered thereGolden Shoe ‘ to the footballer of the Lazio, Ciro Immobile, as the best scorer in Europe after i 36 goal scored in the 2019-20 season. Accompanying the biancoceleste striker in the Giulio Cesare hall of Capitol – where he received the award from mayor of Rome, Virginia Raggi – there was the player’s family together with the club president, Claudio Lotito, with Angelo Peruzzi and Stefan Radu, the journalist Riccardo Cucchi, the singer Giorgia and Pino Insegno. During the ceremony, Raggi also remembered the former spokesperson of the biancoceleste club Arturo Diaconale, who recently passed away. “Everyone lacks his refinement – said the mayor – trait of his personality both as a man and as a journalist”.

“I think the whole team should feel proud and award winning. The best successes are achieved through teamwork“said Immobile, receiving the award.” I had only seen it from the photos: seeing the Golden Boot up close makes your heart beat faster. It’s a enormous satisfaction, exciting reading your name after so many samples and knowing the story you have lived. I am also proud to receive the award in this room: with the fans it would have been another thing, but it is an award that I dedicate to the fans who suffer in not seeing us “.

“I find my strengths in the family: what I am I owe to them, to what they taught me in life before in sport. I left home very young, I never missed my parents because they were always with me. I created my family thanks to what my parents taught me. ” And then a message of hope: “Everyone must strongly believe in their dreams. As I have realized my dream, I who have nothing special, then anyone can do it”.

“A champion in sport and in life. A prize that repays the many sacrifices made by a boy who started kicking at 4 years old on the provincial pitches. In his experience there is the desire of many young people, sport as a ransom. Yours is the example that with commitment, work and sacrifice you can succeed. Today in the suburbs there are many children who dream of becoming like him. It is an award that goes beyond 36 goals, an exceptional record. I want to thank a player who represents an example – said the mayor -, who gives his all on the pitch, who always uses balanced tones never out of tune. I know he would not want to but I would also like to underline his generosity, also on this occasion he demonstrated it by auctioning some of the celebratory jerseys for charity and donating the proceeds to the Bambino Gesù hospital in Rome “.

“An important milestone for the company – finally, Lotito’s words – Immobile has brought joys to the home of our fans and beyond. Young people would like to have him as a father with whom to dialogue in order to have lessons from a footballing point of view. Many children ask for his shirt, it has entered the minds and hearts of the fans. Even the elderly ”. 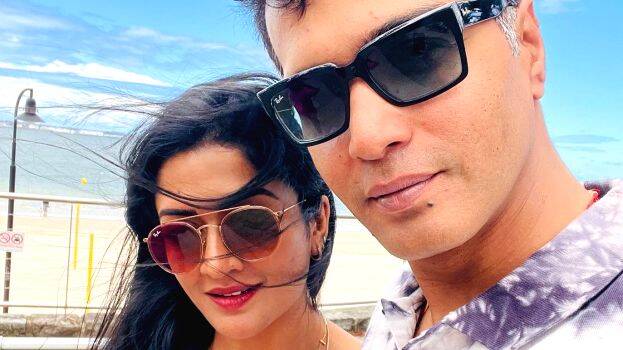