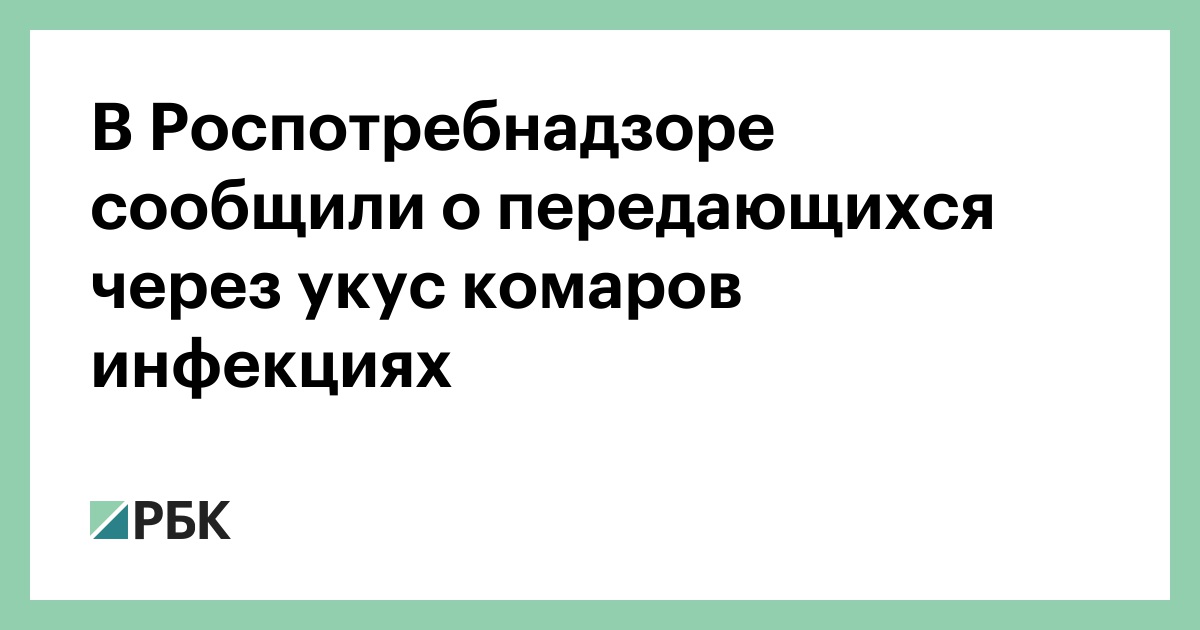 Through the bite of a mosquito, tularemia, dirofilariae, Japanese encephalitis, West Nile fevers, Batai, Sindbis, Semliki Forest and other infections that are characteristic of Russia can be transmitted to a person. This was reported in the press service of Rospotrebnadzor, reports TASS.

The ministry added that infections that are not typical for Russia can also be transmitted through a mosquito bite. Among them are malaria, dengue, Chikungunya, yellow, Zika, Rift valleys and some encephalitis.

Rospotrebnadzor reported an increase in infectious and parasitic diseases

Earlier in Kiev, they reported three cases of dirofilariasis, a dangerous disease spread by mosquitoes through bites. The Ministry of Health of Ukraine reported that a subcutaneous nodule appears at the site of a mosquito bite that carries Dirofilaria round helminths. Moreover, from the moment of infection until the appearance of a tumor, it can take several months, sometimes several years. The center clarified that the parasite can migrate under the skin to a distance of up to 30 cm, it can be removed surgically.

In early July, Rospotrebnadzor said that in 2020, 37.5 million cases of infectious and parasitic diseases were registered in Russia. This is 13% more compared to 2019, when 33,086,203 cases were detected.